The Bonfire Of The Sympathies 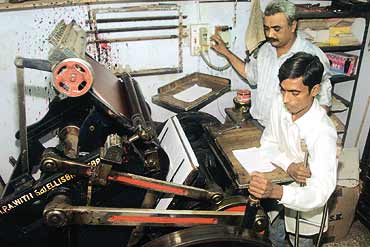 How else do you explain their resolve not to have any able-bodied person join them? The SPH is of the handicapped, by the handicapped and for the handicapped. None of its members is, in the conventional sense, able-bodied. "Our organisation was born out of defiance to sympathy," says Kanubhai, SPH president. The movement began in 1974 when six handicapped college friends decided to reject the 50 per cent grace marks they got to compensate for their inability to participate in sports. "We went to the authorities and told them that we did not want any grace marks. We said we wished to compete. They told us to get more students like us. We organised some 40 to 45 handicapped students and participated in the sports events," recalls Kanubhai.

Encouraged by this success, and with the fear of post-college unemployment lurking at the back of their minds, they thought of forming a group. For some time they were allowed a meeting place at the Sahajanand College but later, as they passed out of college, a footpath in Ambawadi became their point of assembly. "We used to meet there and wonder what next, now that we had graduated," says Kanubhai. It was at that time the informal group got itself registered as a charitable trust.