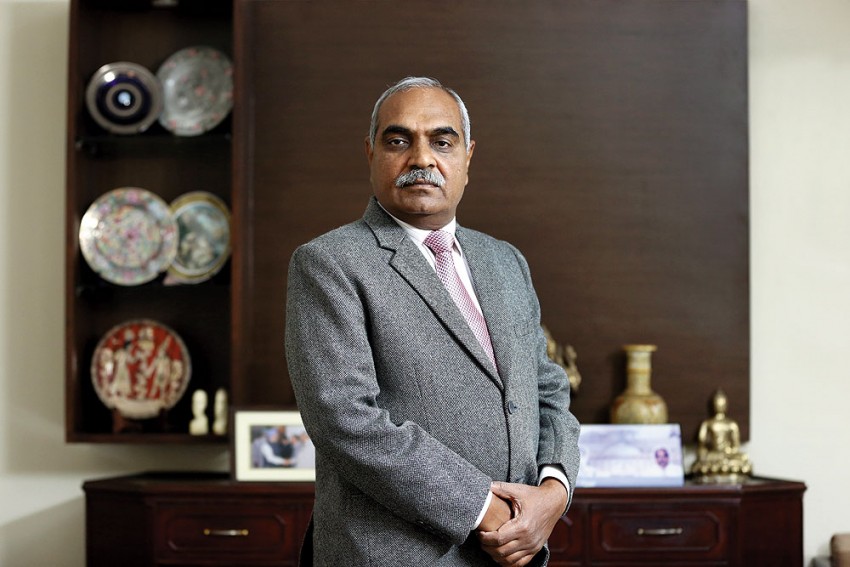 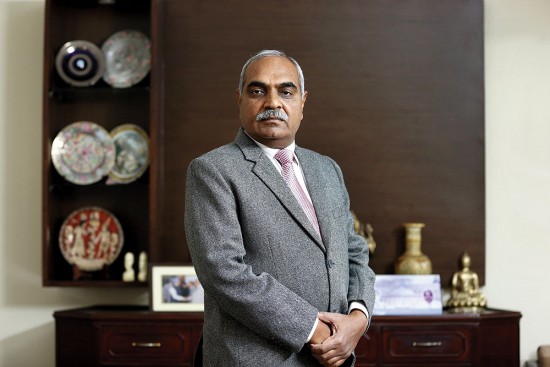 In the last few days the ghost of 19-year-old Ishrat Jahan has come back to the rescue of the Narendra Modi government at a time when the Jawaharlal Nehru University (JNU) crisis and a lacklustre budget could have well tilted the argument in favour of the Opposition.

Such tactics are common in politics and have been used time and again by both the Congress and the BJP.

The reason why I write this today is because, at the core of the Ishrat Jahan debate, lies an attempt to use nationalism to cover up the crimes of senior Intelligence Bureau (IB) officials and police officers.

The crime being brazen extra-judicial killings, not just that of Ishrat Jahan but also in the past of Sameer Khan Pathan, Sadiq Jamal, Sohrabuddin, Kauserbi. All the said encounters have been pronounced as fake by the highest courts in the country.

Let us also remember that the same patriotism and skewed ideas of nationalism were at the core of the JNU faceoff which saw the arrest of students on sedition charges.

It must be pointed here that Amit Shah, who is serving his second term as the president of the BJP, was sent behind bars on charges of murder, conspiracy and kidnapping not of Ishrat Jahan but of Sohrabuddin, Kauserbi and Tulsi Prajapati.

The FIR in Shah’s case read almost verbatim to that of Ishrat Jahan and the others.

The inquiry by the Special Investigation Team (SIT) and Central Bureau of Investigation (CBI) into the “motive” and “key roles” of the case proved to be very damaging for Gujarat’s political leadership.

Defenders of the then Modi government often argue that encounters — even fake encounters — are not exclusive to Gujarat and that the numbers are much higher in other states. This is probably true. However, what makes the Gujarat fake encounters particularly disturbing is the cynical and false propaganda that was mounted around them.

All those killed in these fake encounters were publicly billed as Lashkar-e-Toiba (LeT) terrorists out to kill Chief Minister Modi, then deputy prime minister L.K. Advani and ultra-Hindutva firebrands such as Praveen Togadia and Jaideep Patel.

In the communally polarised aftermath of Gujarat 2002, such false propaganda was like a match to tinder.

In the last few days a lot has been made about Ishrat Jahan being an LeT operative. That has been used as a justification for the 19-year-old’s extra-judicial murder. Former officials like home secretary G.K. Pillai, R.V.S. Mani, special IB director Rajinder Kumar have suddenly emerged from the wilderness to play the victim card.

Before going into the facts of the case one can only wonder why G.K. Pillai who, as home secretary, remained silent when he had access to all files from the Ministry of Home Affairs (MHA) and the IB, and had famously said that Ishrat could be given the benefit of doubt.

Even more surprising when one notes that Pillai has spoken only now after stepping in as the directorial board of the Adani SEZ in Gujarat which has been shrouded in controversy.

Let us assume for the sake of argument that Ishrat was a terrorist. But unfortunately the facts in favour of this argument do not match up.

According to the report filed by the Gujarat police, Ishrat came in contact with Javed Sheikh on 1 May 2004 and was shot dead on 15 June.

In the 45 days that she knew Javed she travelled with him for just about 10 days. According to Ishrat’s college attendance records, as placed in the chargesheet, she was present in the college not just on the remaining 35 days but had hardly taken any leave of absence in the past.

When, then, did Ishrat then turn into a dangerous Lashkar fidayeen who was out to assassinate Modi , and yes, wearing her college identity card?

The entire country was stunned last month when public prosecutor Ujjwal Nikam gave a ‘Kaun banega crorepati’ type option to David Headley to pick one of the three names he had presented as terrorists.

And what was the most familiar name that had made political headlines? Ishrat Jahan!

We had a readymade LeT operative based on a multiple-choice questionnaire. The mockery of criminal investigation does not end here. A little aside on David Headley.

It is a matter stated record that before David Headley was held guilty of conducting the reconnaissance of the Mumbai terror attack, the Mumbai police had arrested two co-accused Fahim Ansari and Sabahuddin Ahmed within a week of the attack. But the moment Headley walked in and told us about his complicity in the reconnaissance, the other two were acquitted by the court.

One can only marvel at our intelligence officials’ ability to identify terrorists and the duplicity of Headley’s role vis-a-vis our own terror investigation.

Be that as it may, the story of the moment is Ishrat Jahan. It has been proven beyond doubt by both the SIT and the CBI that Ishrat Jahan was in custody of the Gujarat Anti-Terrorism Squad.

The chargesheet filed by the CBI in the Gujarat HC in July 2013 has a statement of D.H. Goswami, a retired deputy superintendent of Gujarat police. In his statement (under Section 164 of the Criminal Penal Code) to a metropolitan magistrate, he states that he was present when these four people (including Ishrat and Javed Sheikh) were taken into custody.

If the Gujarat cops had in their custody such dreaded terrorists why, then, were they not kept alive to reveal the larger ‘jihadist’ conspiracy?

Why where they killed in an extra-judicial encounter which amounts to murder in accordance with the Indian Penal Code?

G.L. Singhal, who famously taped the Amit Shah conversation in the Snoopgate scandal has given a recorded conversation to the CBI which has been placed before the court . The conversation is with the then ADGP of Gujarat police P.P. Pande, who was declared an absconder by the Gujarat HC in the Ishrat case.

Singhal, who was then in the Gujarat ATS, is listed as a co accused in the Ishrat Jahan encounter.

Pandey: Are you in a meeting?

Singhal: Yes sir, now I have come out.

Pandey: That order for Abhichandani is done?

Pandey: Tomorrow someone is coming. Under secretary from Delhi, for signing affidavit.

[RVS Mani is an under secretary from Delhi]

Pandey: Tell Abhichandani, if he does properly, we may try to make him high court judge.

Singhal: Ji, ji sir. I will explain him. I have understood.

The Abhichandani in question is the advocate for R.V.S. Mani through whom the affidavit is filed before Gujarat Hight Court. And our  DGP is heard telling Singhal ‘make sure Abhichandani knows what we want in the affidavit’, and he’s promised the position of a Gujarat high court judge.

The same R.V.S. Mani now tells us that he was forced to sign the affidavits.

All the said members are heard conspiring and obfuscating the SIT investigation into the Ishrat probe. At one occasion, one hears the advocate general of the state Kamal Trivedi state, “ Let the court commit as many blunders as it can.“ ( The reference being the SIT report being presented to the court in the Ishrat Jahan case)

The Gujarat minister of state for home, Praful Patel, is heard saying on tape that he telephoned Satish Verma, the SIT investigating officer, and spoke to him for four hours to save the 18 accused officers.

If Ishrat was a terrorist and the encounter was genuine why did the entire of the Gujarat dispensation want to obfuscate the investigation?

(I had first published these tapes in ‘Tehelka’ magazine)

There has also been a great deal of political drama over Rajinder Kumar’s victimization in the case by the Congress. Perhaps the present dispensation forgot to check the website of the CBI which is now under NDA rule.

Interestingly, the expose lists not one but two IB officials from Mumbai, including Ambadi Gopinathan, an intelligence officer of the state IB in Mumbai, and Pravinbhai Ladhani, an assistant central intelligence officer, and Anupam Singh Gehlot, the ex-DSP of Bhavnagar.

The expose cites  testimonies by these officers in the Sadiq Jamal fake encounter case. The case, investigated by the CBI, concluded that Sadiq Jamal who was apprehended by Mumbai intelligence and handed over to the Gujarat cops  was killed in a fake encounter.

And who sent these inputs? Rajinder Kumar.

Look at the coincidence. All the three officers go on to state in the testimony that both Rajinder Kumar and Sudhir Kumar ( Joint Director SIB Mumbai ) had given misleading inputs in the case.

It has been the case of the BJP and some news channels for the last one week that Rajinder Kumar and Sudhir Kumar are nationalists and have been targeted for ensuring national security. Why then is the BJP silent on the other nationalist IB officials who have testified in the Sadiq Jamal case against their own seniors for misleading the department?

Why is the BJP not coming to the rescue of the nationalists who dared to call a cold-blooded murder just that?

The facts here are placed before the reader as they are. Politics in the meanwhile can continue over the dead bodies of those whose families are still waiting for justice.

A shorter version of this piece appears in the magazine

"Pranesh Was With Me In Kerala"