The Beatnik Before Christ

Bin Laden to Borges, via a sleeping Buddha's dreams. But has Mishra overreached in it all? 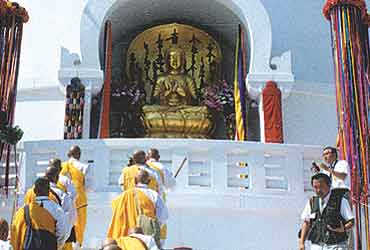 An End To Suffering: The Buddha In The World
By Pankaj Mishra
Picador India Pages: 422; Rs 495
In 1992, Pankaj Mishra, fresh from university, went to live in Mashobra, a small hill village an hour or so beyond Shimla. His balcony looked out onto the eternal snows of the high Himalayas, and Mishra soon found himself drawn to the Buddhist valleys of Kinnaur and Spiti. His travels in these remote regions, and his conversations with the monks he met there in turn sparked an intense interest in the Buddha and the religious philosophy he taught. A decade later, that interest has finally crystallised into a large, unusual, difficult and ambitious book, part memoir, part travelogue, part philosophical enquiry and part spiritual quest.

The subtitle of An End to Suffering is The Buddha in the World which hints at the scale of Mishra’s undertaking. He aims not just to give an introduction to Buddhism and tell the story of his own quest for meaning, but also to show how the Buddha’s philosophy—moulded in a period of rapid change and social upheaval—is still relevant to our own troubled times, providing answers to the problems of personal identity, alienation and above all suffering which are as much a part of our world as they were to the Bihar of 3rd century BC. In the process, Mishra embarks on a major philosophical enquiry: the insubstantiality of the Self, the nature of the mind, the question of whether it is ever possible to renounce attachments and destroy desire—these are just some of the themes and questions that Mishra examines.

Few writers are as well qualified—at least in a literary sense—to tackle the tricky task Mishra has set himself. Over the last few years he has established himself as one of the finest essayists of his generation. His reviews, political analysis and travel writing in Granta, the TLS and especially the New York Review of Books have revealed him to be a commentator who can write with equal skill on fiction, politics and history, and whose fine measured Naipaulian prose is backed with a restless intelligence and astonishingly wide reading. Yet while he can write with authority on the latest trends in international fiction and politics, he knows mofussil India with as much intimacy as any other major Indian writer in English. 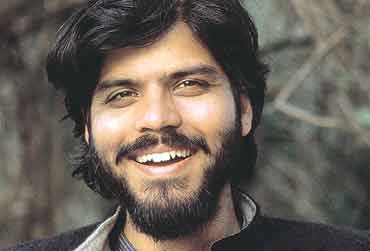 In a field still dominated by the St Stephen’s mafia and the Doon School diaspora, Mishra is an outsider. He was born in Jhansi and grew up in dusty railway colonies around Uttar Pradesh, before taking a degree in the decaying anarchy of Allahabad University. In contrast to the optimistic platitudes of a diaspora writer like, say, Sunil Khilnani—educated abroad and clearly knowing nothing of the grim reality of the boondocks of Bihar—Mishra does not lecture the world about South Asia from the sanitised safety of an East Coast campus. Instead, he writes as a man who really knows, from hard experience, the provincial India he writes about and in which he still lives for most of the year.

Mishra has one other great virtue. He is a brave writer, frequently putting himself in danger to report from the frontlines in Pakistan, Afghanistan and especially Kashmir—about whose struggles and sufferings he has written some of the best and most honest pieces penned by any Indian writer.

Many of these qualities are evident in An End to Suffering. The book covers an intimidatingly wide sweep of territory and moves rapidly from the period of the Vedas to that of the Enlightenment, then onto to the world of Osama bin Laden, stopping en route in the company of such diverse figures as Mahavira, Hieun Tsang, Hobbes, Nietzsche, Marx, Schopenhauer, Borges, Sayyid Qutb, Swami Vivekananda, various Buddhist missionaries and a mixed bag of Naga sadhus and gun-wielding Islamists. All this is interspersed with accounts of Mishra’s own travels so that in between learned disquisitions on the philosophy of the Upanishads or the Death of God, we find ourselves eating mixed dal in the dhabas of Mashobra, chatting with his elderly Sanskrit-reading landlord and his fortune-telling father (who had a penchant for carrying out elaborate fire sacrifices on his front lawn), or sipping butter tea in the gompas of the Sangla Valley.

It is an eccentric construction, but there is a method to it, for Mishra aims to fuse his own journey of discovery to a wider philosophy of history in the manner not unlike Nirad Chaudhuri’s equally unusual Autobiography of an Unknown Indian, a book whose virtues, ambitions and flaws An End to Suffering mirrors. Like Chaudhuri, Mishra is a writer of exact and precise descriptive prose who can write with startling clarity about his physical surroundings and the world of sensation. Unfortunately, Mishra also shares Chaudhuri’s taste for meandering, earnest and slightly portentous theoretical passages where, with the unwise daring of the autodidact, he attempts to plumb the depths of the Hindu soul, to ask all the big questions about the human condition, and to examine the higher processes at work in world history. It is at these moments that, like Chaudhuri, Mishra occasionally slips over the boundary into straightforward pretentiousness.

For these two very different writers share a weakness for showing off their erudition in a dam-burst of quoted authorities: just as Chaudhuri namechecks Rabelais, Plato, Tolstoy, Aristotle, Shakespeare, Cicero, Matthew Arnold, Lamb, Dostoevsky and Mirabeau within the opening pages of his autobiography, so Mishra has a tendency to bring in an academy-full of high-minded European thinkers and philosophers, some of whom seem to have a fairly tenuous relationship with his ostensible subject; I for one could certainly have done with more Buddha and a little less Nietzsche. It is in these passages that we long for some of the lightness of touch and humour that Mishra showed in his acclaimed debut, Butter Chicken in Ludhiana.

There are also signs that this book was written and edited in a hurry. There are unresolved problems with the narrative structure and numerous small errors that should have been picked up: Hastinapura is not on the site of present-day Delhi; it is most unlikely that Aryan-speaking people sacked the cities of the Indus Valley; Manicheism is not "supposedly influenced by Buddhism"—instead in its Chinese Silk Route incarnation it almost fuses with Buddhism; the British of the East India Company did not all sneer at Buddhism (though I write here with a vested interest as a descendant of James Prinsep who made the crucial breakthrough of translating the Gupta Brahmi and Ashoka Brahmi script, and so revealing the long-forgotten world of Ashoka to scholarship); and Mishra greatly under-rates the achievement of scholars such as Brian Houghton Hodgson in the rediscovery of Indian Buddhism.

Yet if An End to Suffering is a little untidy and can sometimes be hard work, it is worth the effort. Partly it is Mishra’s obstinate integrity. Partly it is the testament this book gives to the long years of lonely isolation reading and studying in the hills. Partly it is the naked earnestness with which Mishra presents himself and his quest, and the enthusiasm with which he describes the "counter-culture" Indian wanderers of the first millennium BC:

"Like the Beats and hippies of a recent era, people left their homes and professions, dissatisfied with their regimented lives of work, and moved from one sramana sect to another. The men who led them were India’s first cosmopolitan thinkers, unhindered by caste boundaries or other parochial considerations, who became aware that human beings are united by certain shared dilemmas. These early dissenters...began the process, which the Buddha advanced greatly, of taking Indian thought from the speculative—the Vedas and Upanishads—to the ethical level."

As Mishra’s NYRB essays have shown, he is more than capable of writing a truly great non-fiction book about India—something of the scale and sweep of Naipaul’s Million Mutinies. An End to Suffering is not that book and Mishra’s fans can only hope that he will now get down to writing it. But the book is nonetheless a significant achievement and coming as it does a month after Suketu Mehta’s remarkable Maximum City and Amitava Kumar’s Husband of a Fanatic, it shows that Indian non-fiction is beginning to become as interesting and diverse as the astonishing outpouring of fiction we have seen from South Asia in recent years.