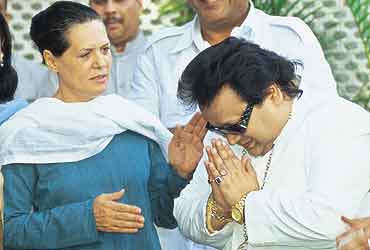 The media too has added to the frivolity. Former BBC man Mark Tully who has covered Indian elections for 30 years believes "the electronic media will kill everyone with boredom by the time the results are announced". He is particularly harsh on "the endless manufactured verbal punch-ups on the networks" which generate a lot of hot air but shift the focus from real problems. Media critic Shailaja Bajpai describes this as the first election that is being fought in TV studios. "Politics is now being presented as entertainment," she says. The idea is to create a din—shout loudly and make sure that the opponent is not heard. "Political parties don’t want a serious discourse. They want to keep the debate at the level of the stars, personalities, India shining or not," says Bajpai.

The grand spectacle of democracy in the towns and countryside of India has therefore been reduced to a tamasha in party offices and TV studios.