The Art Of Speaking 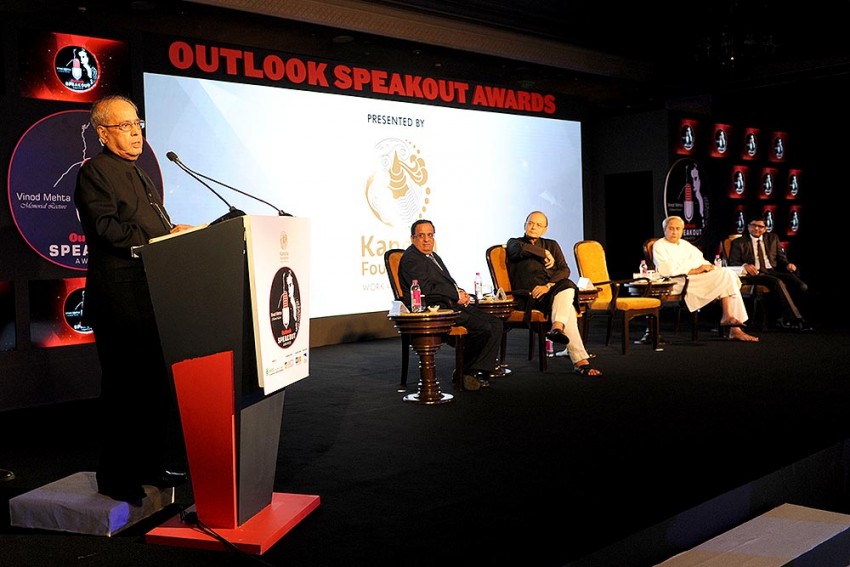 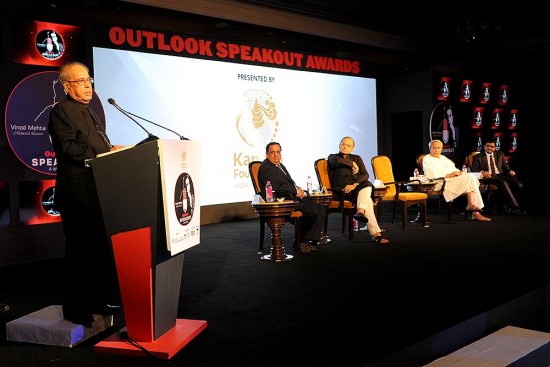 When they call journalism the first draft of history, it seems to denote a breathless pursuit of events in the here and now, without a moment of pause for reflection on the procedures of truth-finding, or on the ethics of judgement-making that precedes the writing. That first draft is in reality a document produced after a process of vetting and self-critical analysis. The method is not without flaws—which method is?—but it doubtless exists and its inner rigour is what keeps alive a shared public space that is of vital importance, fraught and fragile though it may seem at times.

The Vinod Mehta Memorial Lecture is conceived as a space where, in a sense, journalism publicly thinks about itself.

For our team at Outlook, there couldn’t have been a better way to commemorate the magazine’s iconic founding editor-in-chief Vinod Mehta than by instituting an annual lecture in his name, two years after his passing. We conceived of it as a space where, in a sense, journalism publicly thinks about itself. The first Vinod Mehta Memor­ial Lecture was delivered by Steve Coll, acclaimed American journalist-­writer and Dean of Journalism School, Columbia University, at an impressive event in Delhi on August 18. On the occasion, the magazine also launched the SpeakOut Awards to honour those who, very much like Mr Mehta, have excelled in their respective fields without compromising on their integrity.

The former managing editor of The Washington Post and two-time Pulitzer Award winner, in a lecture titled ‘Media in the Mirror’, primarily focused on the crisis of liberalism in the 21st century—a phase that has in many ways aggravated the challenges which the fourth estate sets before itself. In the long excerpt from his speech (A Latter-Day Torch To Be Borne With Care), you can read his views on journalism’s long history of negotiating the pitfalls of partisanship, and the present crises of deep polarisation, news as entertainment, and that new species—fake news.

The men who took centrestage at the SpeakOut Awards in a sense bear testimony to Outlook’s tradition of neutrality—set in place by the independent-minded journalism the magazine endorses and practises. Former President Pranab Mukherjee, a veteran Congressman, was chief guest, and former Vice-President Hamid Ansari, scholar and career diplomat, too graced the occasion. Pranab sat flanked by Arun Jaitley, who not only handles key ministries in the present BJP-led government but has been a long rival of Mukherjee’s in parliamentary debates, and Orissa chief minister Naveen Patnaik of the BJD, who’s on a third side of the political spectrum. Jaitley received the award in the Best Parliamentarian category and Patnaik as the Best Administrator, particularly for bringing poverty down, ensuring growth, making Orissa a major rice producer and for his handling of the situation arising out of the cyclones that hit the coastal state.

The other awardees, even in their diversity, reflected the calibre and high levels of social engagement that exists in India’s public life. The Vinod Mehta Memorial Lifetime Achievement Award was given to the iconic Gandhian and SEWA founder Ela Bhatt. Wipro chairman Azim Premji won in the Best Socially Conscious Entrepreneur category. Patna-­based mathematician Anand Kumar was feted as the Best Social Activist for setting up Super 30, a pioneering coaching institute that grooms students from underprivileged sections for admission into the prestigious IITs.

Psychologist and social theorist Ashis Nandy, a fount of original insights, was recognised as the Best Academician. Renowned theatre director Ratan Thiyam was awarded in the Best Artist category. A special Whistleblower award was given posthumously to Satyendra Dubey, whose life was tragically cut short in 2003 after he exposed a highway scam. The award was collected by his brother Dhananjay Dubey. You can read their views, reflections and reminiscences on their life and work through first-person accounts, interviews and speech excerpts in the following pages. Besides, journalist Akshaya Mukul, who authored the well-received Gita Press and the Making of  Hindu India, received the SpeakOut Award in the Best Non-Fiction book category, while Harish Damodaran was recognised as the Best Journalist for his insightful and well-researched writings, particularly on the crisis-ridden field of agriculture.

Pranab was a minister, Arun a student activist in the mid-’70s. “Then I saw him as the leader of the House and leader of the Opposition.”

“It is their lifelong commitment, dedication and hard work that has brought them recognition from the Outlook group,” the former President said, addressing the select gathering, calling the awardees some of the most distinguished sons and daughters of the nation. Pranab spoke about his own long tenure as a parliamenta­rian, where he had to match his wits with illustrious contemporaries like Atal Behari Vajpayee and L.K. Adv­ani. The non-partisan side of Indian politics also came to the fore when he spoke with fondness about Jaitley, who he termed as “junior and young” and yet the professional regard he held for someone from the opposite side of the political divide was clear.

“I was a minister and Arun was a student activist sometimes in the mid-’70s. Then I saw him as leader of the House and leader of the Opposition. His performance in Vajpayee’s government, handling one of the most ticklish issues—that of WTO and the Doha round of talks—was commendable. He took it to its logical conclusion and upheld India’s advantage in the most competitive of trading environments,” the former President recalled. Even the present crisis at the border, he said, should soon be defused with Jaitley as a key minister—“it is in safe hands of a man who is young but wise enough to carry the burden”.

Pranab spoke with the same warmth about Naveen Patnaik, saying he knew two generations of the family. “His fat­her, Biju babu (the late Orissa chief minister Biju Patnaik) was an icon to me and many other young people in their formative years,” he said. That the respect and personal regard was mutual was there for all to see. In his own speech, Jaitley recalled how when he first became a minister, Pranab Mukherjee was a stalwart of the Opposition. “But when he spoke and made arguments, he didn’t wear the political party cap. He was more of an amicus curiae speaker…speaking for the whole House,” the finance minister said.

Why I am A Gandhian