The Arnab Cast Of Characters

He is always director and hero. What changes are the villains and the court jesters. 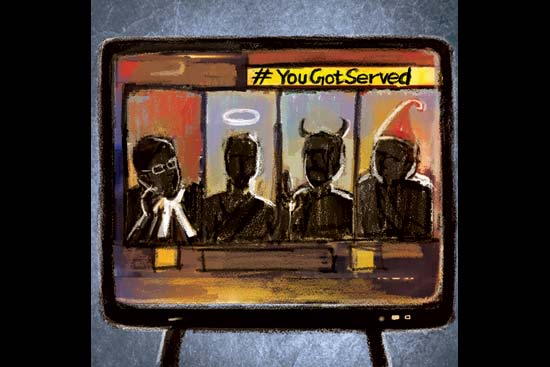 There is a minor celebrityhood that comes with occasionally appearing on Arnab’s show. In the oddest of places, strangers will walk up to me and ask, ‘Don’t I know you from somewhere?’ There was a time when I would seriously consider the possibility, but I’ve come to realise that many people are really at home only in front of their TV watching Arnab, and in that sense I am an old acquaintance.

I had little inkling of this fate when I first started appearing on television to defend Open magazine’s decision to publish the Radia tapes. After that memorable television encounter where Barkha Dutt and Manu Joseph replayed the same conversation 20 times over, I was left to fend for the magazine on other channels. Initially, I agreed to continue app­earing on Arnab’s channel because the magazine’s publisher insisted this was good publicity; it was only later that I saw some journalistic sense in doing so.