The Anashva Rath Will Run Again

India was the fountainhead of everything. Now, we have to catalyse ‘Make in India’ into ‘Made in India’. 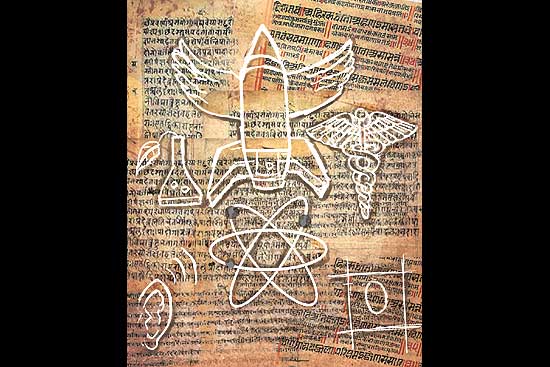 What Prime Minister Narendra Modi means when he says ‘Make in India’ is that it is time we started taking pride in the fact that we have created, manufactured, in the most scientific manner possible, everything possible, everything that could improve our lives. So whether it be the first spacecraft, television or car, or plastic surgery, or rockets there’s nothing that wasn’t conceived, designed and executed by Indians aeons ago. What Modi is saying is that the source of everything is here in India, the inspiration too is here. So come, he is saying to the West, science and spiritualism will go hand in hand in this land.

Over the years, our colonial masters succeeded in creating an inferiority complex in us, which made us crave everything foreign. To my mind, three men are responsible for robbing the glory of India: Karl Marx, who said the only history India has is of kneeling before invaders; Macaulay, who said he’d create black Indians who spoke the English tongue; and Max Mueller who, for money, misinterpreted the Vedas. These three distorted our history, education and culture. India was called a golden sparrow not merely on account of its boundl­ess wealth. It was the strength of our wisdom and the kno­w­ledge of our seers who invented things attributed to the west.

A person who has spent 12 years of his life learning the Vedas is seen as uneducated not only by society, but also by the person himself. Modi is asking the West today to come to India, make use of our wisdom and manufacture according to our scientific knowledge accumulated over centuries. I recommend that you read Pride of India—A Glimpse Into India’s Scientific Heritage. The book provides us precious gems on what we had achieved years ago. And it is not I who am saying all this. I can provide information on how scientists from the West praised India for its contribution to science and technology:

(As told to Anuradha Raman)