The Age Of Paradox 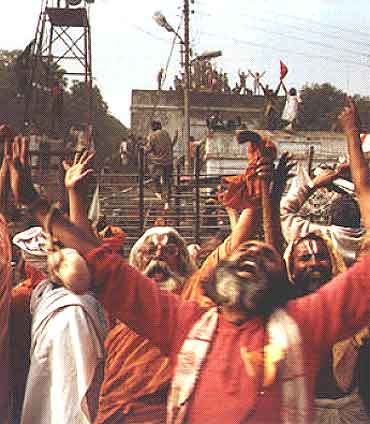 PRESSED for a date to announce the formal transfer of power, Mountbatten looked at the calendar, pondered for a while and then circled August 15. Pressed for a (critical) date in the period 1987-97, I would circle July 24, 1991. It was on this day that Dr Manmohan Singh presented a budget which ushered in what is popularly known as liberalisation. Four decades of Fabian socialism and vigorous state intervention were stood on their head.

The budget speech, replete with couplets from Faiz and Ghalib, did not contain any drastic Thatcherite remedies. Instead, it was a cautious signal to the world that the Indian state would progressively welcome foreign investment in all sectors of the economy. The turnaround, however, required a turnaround of a well-entrenched mindset. And there were widespread fears that old habits would die hard.

Happily, at this point the Indian genius for seeing the writing on the wall (it was pretty dire writing, with just enough currency to pay three weeks of imports) and making panic adjustments surfaced. Those policy-makers and bureaucrats who had hitherto chanted the mantra of a strong public sector now chanted the virtues of market forces. It was a near-epochal transformation, with even India’s Byzantine ‘red tape’ showing signs of capitulation.

Not surprisingly, the country was shaken. Our ‘tryst with destiny’ had left India a society in which most goods were at once substandard and in short supply. We had created a society of scarcity—scarcity at least in those commodities coveted by the upper and middle classes. Relatives, friends, guests coming from overseas were badgered to bring in essentials as varied as cornflakes and chocolate sauce. An Indian in a duty-free shop resembled a scavenger with 10 minutes to scavenge. Suddenly, all that changed, but now a new, spiritually more worrying danger loomed. Were we, like those wicked materialists in the west, falling prey to consumerism? Would we sell our noble, ancient and precious souls for a few pieces of imported chocolate?

The danger is still with us, but on current form it appears we will absorb and assimilate consumerism without doing too much damage to our souls. Remember that for 2,000 years and more the Indian soul has been exposed to dangers more destructive than Kentucky Fried Chicken. Shri Mahmud of Ghazni, to name one.

Other unsettling influences followed. Saddam Hussein, George Bush and Ted Turner provided us with a ‘live’ war, a fact noted by a certain Rupert Murdoch. The advent of Star TV has been a mixed blessing. India now feels ‘connected’, with all the accruing benefits. The conviction that satellite TV was a licence to print money saw homegrown imitators jump in making channel-surfing a finger-damaging, mind-numbing exercise.

Alas, along with useful BBC documentaries, enlightening Discovery Channel programmes and live coverage of momentous events, we have hours and hours of pap. Crass, puerile and addictive. The other day I noted that three channels were simultaneously showing their version of the execrable antakshiri—a programme guaranteed to rot the brains of the best and the brightest. (Circle another date, September 13, 1993: Zee TV and Mr Annu Kapoor launch the artistic decay of India by airing India’s first antakshiri). If I were a cultural dictator, I would ban antakshiris and quiz shows. The rest I would keep in the hope that bad taste and greed—they usually go hand-in-hand in broadcasting—will be replaced by good taste and greed.

Rajiv Gandhi? Where does one begin? His reputation, cushioned for some time by his violent death, is now in tatters. Even his colourful lieutenants are embarrassed as they wrestle with one revelation after another. Could a man of such high pedigree, such amiable disposition, such (relatively) simple habits, such lofty intentions actually be a big-time crook? One feels sorry for his besieged wife, who till now has conducted herself with dignity, as she vacillates between private and public life desperate to conceal the smoking gun.

Circle another date: December 6, 1992. Those who aided and participated in the destruction of Babri Masjid are poised to be our rulers. They already rule in some states and, thanks to the idiocy of our present rulers, their coronation in Delhi is imminent. Supporters of the BJP claim that ‘pseudo-secularists’ paint them in colours entirely of saffron when there are other shades jostling for attention. It is a fair complaint; unfortunately, the lighter shades of saffron are seen by many merely as a ploy for arriving at the magic figure of 273.

The decade provided many diversions but none as illuminating as the Pamela Bordes affair. This delicious lady from Delhi’s Defence Colony was earning many honest bucks close to the House of Commons till the paparazzi and a touching species of "Indian shame" ruined her profitable career. Ms Bordes did not care two hoots about exposure in the United Kingdom, but to be naked in Defence Colony was a different kind of shame, one which has left Ms Bordes chasing lions and giraffes in Africa.

Finally, the question. Why does the half century produce ‘sourness’? Salman Rushdie gives two reasons. One, Indians have little time for ‘anniversaryitis’. Two, corruption is so endemic as to be ‘comical’. Mr Rushdie, unfortunately, ignores the principal reason. The celebratory spirit is missing because the coming millennium has nothing to offer except more of the same. The ‘idea of India’ which Rushdie finds enthralling and unique brings cheer only outside India’s frontiers. Because an ‘idea’ does not feed mouths.

For Whom The Bell Tolls