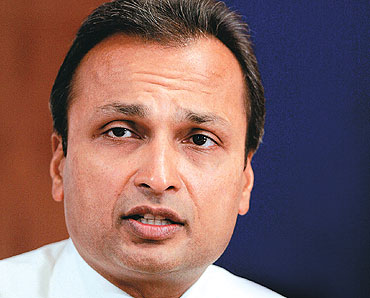 The Reliance Group has always bet on itself: it likes to dominate partners, and never gives them large chunks of equity. Will Anil Ambani break the family's cardinal rule now by merging his Reliance Communications (RCOM) with African telecom giant MTN? The deal, in the works now, is shrouded in secrecy and is already courting controversy. There's immense potential too, but doubts remain over what could be the future fourth-largest telecom operator in the world.

ADAG sources say the deal is all but done. The due diligence is over, and a share-swap ratio between RCOM and MTN has been cemented. An announcement is expected in mid-July, when the 45-day exclusive period of talks ends, and after shareholders and regulatory clearances are through. If all goes to plan, RCOM will pledge 66 per cent of its shares to become an MTN subsidiary. And Anil Ambani will be MTN's largest shareholder with a 35 per cent stake.

The key issue though is whether Anil will be comfortable seeing RCOM as an MTN subsidiary. A consultant who worked on part of the...