The activist-lawyer pulls no punches on the Attorney General 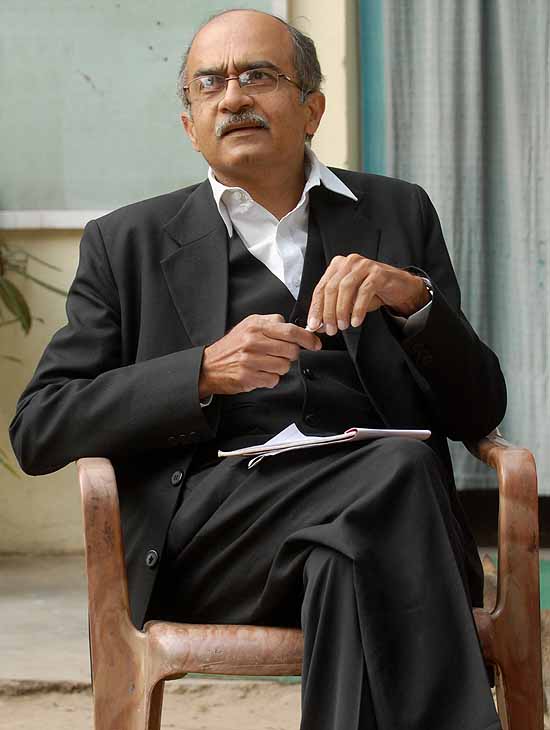 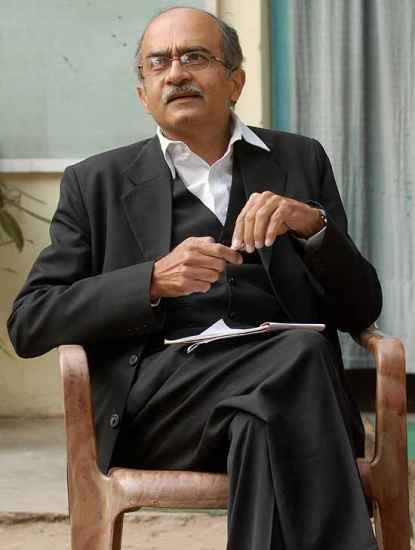 While his critics accuse him of misleading the court and of giving convenient and contradictory opinions to suit the government, Attorney-General Goolam Vahanvati has never been pulled up by the apex court or held guilty of misrepresenting facts. Activist-lawyer Prashant Bhushan pulls no punches and offers an explanation to Uttam Sengupta. Excerpts:

You and the attorney-general, to put it mildly, have no love lost between you. What provokes such antagonism?

A dishonest government needs a dishonest law officer to legitimise their corrupt decisions. And the present A-G unfortunately has been shielding the government’s questionable decisions.

You even called him a liar in court. Was that just courtroom bluster?

When he denied in court having seen the CBI’s status report on the Coalgate scam, I did say he was lying. By that time the letter addressed to him by the additional solicitor-general, Harin Raval, was in the public domain. Raval had quit and had stated that the A-G had misled the court.

But why didn’t the court pull him up then? Why was it so indulgent?

I can only speculate. The bench is possibly hesitant about taking action against the highest law officer of the government who is appearing before them every day. Perhaps they are meeting him socially and you do tend to be a little diffident in cases involving such people.

You say the A-G is giving dishonest advice to the government, shielding the corrupt and misleading the court. And yet the Supreme Court of India does not take any action?

His role in shielding Anil Ambani—who he calls a friend, in the 2G scam and Reliance Power case–and the Ruias are there for everyone to see. His advice in the disproportionate assets cases against Mulayam Singh Yadav and Mayawati are also questionable. And yes, the Supreme Court has been soft on the A-G.

Could the A-G have done things differently?

He could have recused himself from cases involving his “friends”. But he never did that.

Why do you think he gets away if his conduct is so questionable?

The attorney-general is, of course, very smart. All people like that are. He is also socially active and is smooth. He is very deferential to the court, very polite. The day I called him a liar in court, he came up to me and said, “Prashant, you must believe me. I really did not see the report.” When you are so brazen, you can get away with anything. Had his personality been different, had he been arrogant and aloof, the court’s attitude would have been different perhaps.

There are people in the bar, however, who are sympathetic to him. Former attorney-general Soli Sorabjee, for example....

Mr Sorabjee will be sympathetic towards all dishonest lawyers. When he was the attorney-general, he had attended a meeting in London with the Hindujas and their lawyers from the law firm of Clifford Chance. And the minutes of the meeting quoted him advising that the Hindujas should get the ministries to seek an opinion from him, and then he would give an opinion that would suit them. I had then written in Frontline criticising Mr Sorabjee.

What was the then A-G’s reaction?

The same as Mr Vahanvati’s. He came up to me and said, “Prashant, I wish you had checked with me before writing the article; I would have set the record straight.” It is a sign of the times. If tomorrow a video footage shows the A-G accepting money, I don’t think either he or the government would be perturbed. They would laconically say that the footage should be sent for forensic examination and that it was mischievous and mala fide. Nobody blinks an eyelid.

Has there been a precedent to Vahanvati’s conduct?

The only comparable name that comes to mind is G. Ramaswamy who was the attorney-general in 1990-91. But his tenure was short.

Who Is This Man Firing The Gun For?