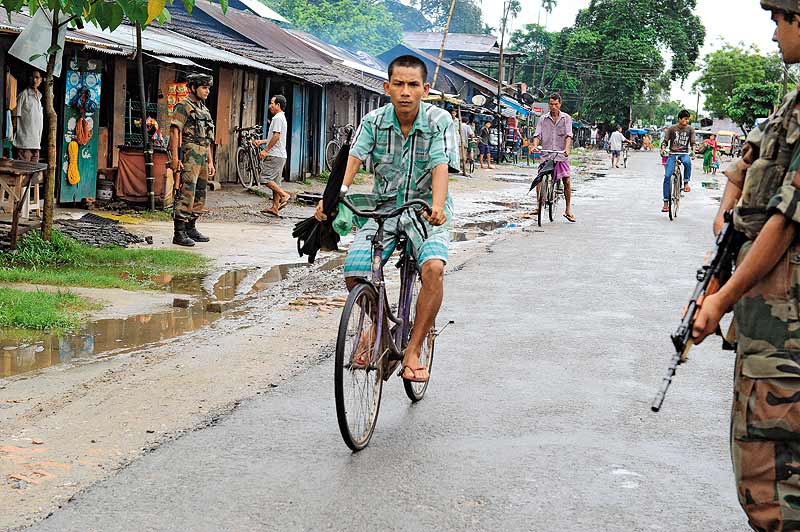 First things first: thrice as many Muslims have been killed in Assam in July-August than Hindu Bodos whose cause the BJP is so passionately advocating nationally. Some 56 Muslims lost their lives, compared to 17 on the Bodo side. Rampaging Bodos also mistook two Bengali Hindus for members of the minority community and shot them, but these two murders are still a state secret. The official death toll, 84, includes the nine unidentified bodies rotting in the police morgues.

Chief minister Tarun Gogoi, speaking to Outlook, refused to divulge the exact number of dead Muslims and Bodos; he mumbled endlessly in the pin-drop silence of his study about how the publication of community-wise casualty figures would hurt national interests and hamper the return of normalcy in the Bodo Territorial Autonomous Districts (BTAD), where the savagery started in late July, forcing lakhs of people from both communities to flee their homes.