That’s What I Used To Do 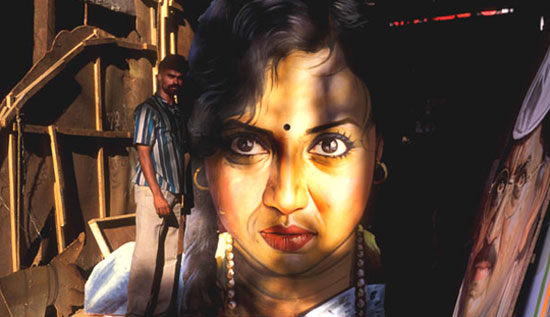 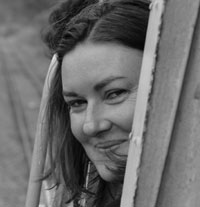 With every glittering new mall in our urban sprawls, we congratulate our slick globalised selves and our access to the comfortingly homogenous brands of beverages, junk food and clothing being peddled in cities around in the world. But this ‘modernity’ comes at a price. For every coffee-chain cappuccino we swill, a historic coffee house dies. Every time we load our washing machines, a dhobi ghat falls to ruin. Every packet of disposable pens we grab off a supermarket shelf causes a hundred-year-old specialist penmaker to shut shop. This aspect of urban transformation—the obliteration of history, the effacing of individuality, the forced death of artisanal skills—is what Bangalore-based photographer Clare Arni chronicles in her much-acclaimed exhibition ‘Disappearing Professions in India’, which, after showing in Bangalore, closed in Chennai’s Gallery Sumukha last week. It will soon travel to Calcutta.

Don’t expect a sepia-tinged nostalgia trip, though. “This isn’t about looking back at the good old days,” says Arni. “It’s about how India’s accelerated urbanisation is affecting people’s lives and livelihoods. And much of that change is negative.”

Chennai once had beautiful, self-contained art deco film studios dating back to the 1930s, which included shooting floors, recording studios and even their own petrol stations. Arni was dismayed to see that these had all but disappeared with the onslaught of vertiginous real estate prices and cheaper on-location shoots. Fishermen were trading their trusty wooden catamarans for tsunami relief-funded fibreglass boats, putting hundreds of skilled boatmakers out of work. Speciality shops that had endured for generations, dedicated solely to umbrellas, wigs, or violins were giving way to all-encompassing supermarkets manned by staff indifferent to all they were selling.

In Bangalore, vividly coloured, expertly hand-painted film cutouts were being replaced by infinitely replicable cheap digital images with such dizzying rapidity that when Arni returned to one such workshop for the second time, a photograph was all that remained of it. In Delhi, Arni found that professions that flourished under Mughal patronage were going extinct, including that of ‘kabootarbaazes’, miniature painters, calligraphers and court jewellers. Thrifty housewives—themselves an endangered breed—could no longer find gold and silver reclaimers to give their old zari borders to. Water-carriers with leather bags were being supplanted by vendors trundling along their ‘machine ka thanda pani’. Door-to-door kalaiwalas, who polished the insides of brass utensils by applying a thin layer of solder, were vanishing as households took to buying stainless steel vessels.

Calcutta, on the other hand, presents a less grim picture, says Arni. Shops making and repairing musical instruments still thrive, as does the bustling colonial-era India Coffee House. Shiny bird- or bear-faced khoi bags—you could call them Bengali versions of pinatas, filled with puffed rice, sweets and whistles—still festoon toyshops, waiting to be burst open by the last few innocent non-consumerist kids, content to go home from birthday parties with non-battery-powered treats. “A Bengali once told me, ‘Nothing ever dies in Calcutta!’” says Arni. “It’s steeped in its history.” But even there, only one ‘Wig House’ has resisted the temptation to reduce its wares to yak-hair flywhisks (used for pujas). Attar-sellers—their pure floral essences shown the door by Dior— find that, increasingly, only paanwalas are interested in their wares. And hundreds of Calcutta’s Chinese shoemakers have now left for greener Canadian pastures.

Each of Arni’s 69 photographs has a story to tell. “It’s a fascinating way to get to know a city, through its labour history,” she says. Clearly, many agree. Two entire editions of the photographs have already been completely sold out. And unfortunately Arni’s not running out of material. “When the exhibition was in Bangalore, I went to the gallery every evening, and I got a wealth of new material from visitors. They’d say, ‘You must see the mattress-flappers on our street!’” More histories, more material await her when she travels to Jaipur, Ahmedabad and Bombay with her researcher (sister Oriole Henry) later this year.

Arni’s venture might sound, to sceptics and cynics, like an Orientalist documenting of tradesmen ‘types’, but the subjects of her photos are no postcard-ready curiosities armed with signature accessories. “A huge amount of my work is documenting the environment, the interiors, the tools...for these are also disappearing. The person is a part of it.” A captivating part, as Arni will readily attest to. “We spent four hours drinking tea with a jeweller in Delhi, who told us about how he used to be the only jeweller for three maharajas, who ordered intricate pieces which took six different types of craftsmen to make. When we came back out to the bustle of Chandni Chowk, it felt like we’d been time-travelling.”