That Summer Of Their Discontent 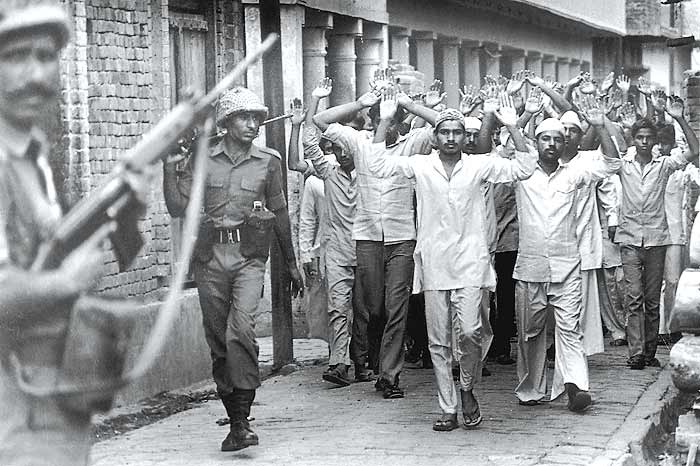 Nearly 25 years old, the black-and-white photograph of his son’s body has begun to fade but Jamaluddin Ansari’s anger has not waned. Having lost his eldest son Qamaruddin in the 1987 Hashimpura massacre in Meerut, the 75-year-old still awaits closure. “All prosecution witnesses have said what they had to state at the court but it keeps announcing one hearing after another instead of its decision,” he says, referring to the prolonged trial of the 19 accused Provincial Armed Constabulary (PAC) personnel involved in the targeted killings.

Meerut had witnessed a series of fatal communal clashes in April-May 1987 under Congress rule, largely because of the decision to open the Babri Masjid gates and local confrontations during community events. Tensions simmered and the PAC was called in, provoking further clashes with the forces. Then, an act of outrage: on May 22, the PAC picked up 42 Muslim men from the Hashimpura locality, lined them up, gunned them down and then threw their bodies into a nearby canal. The PAC also landed in nearby Maliana a day later for a patrol, allegedly accompanied by rioters. The arson and killing that followed on the afternoon of May 23 took the lives of over 70.