That Li’l Dynamo Down The Wicket

Bowlers recount their experiences of meeting him on the pitch 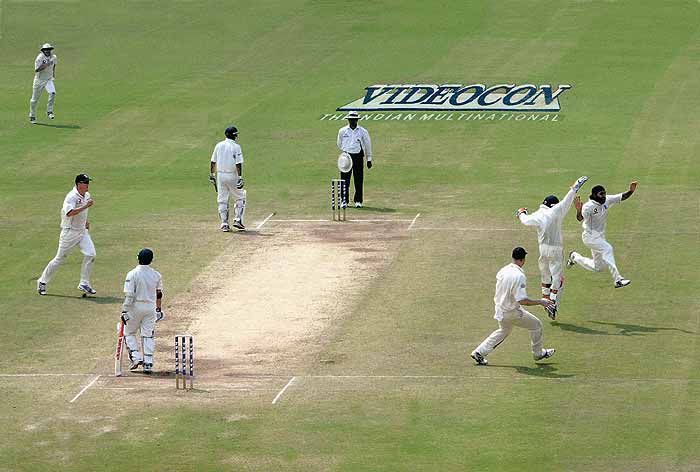 Photograph by BEN RADFORD/Getty Images
February 01, 2011 00:00 IST That Li’l Dynamo Down The Wicket

“It was called Tendulkarbuzz when I made my debut against India in Calcutta, 1991. And in the very first meeting, he made it clear that whatever was said about him, he would do better! Definitely the best batsman of our era. Thank God, I don’t have to bowl to him in Test matches now. He took to batting how a duck takes to water. Wonderfully balanced, exceptionally talented. What he has done for the game is phenomenal. In my book, he is the best player I had the privilege of bowling against.”

Wasim Akram
“He is definitely one of the three unbowlable batsmen I have ever seen. The other two are Sunil Gavaskar and Vivian Richards. We saw the boy hitting Abdul Qadir for 4-5 sixers on his debut international tour. That gave us a true picture of what’s going to happen in the near future. He wanted to dominate good attacks and he did so for the next 20 years! So beautifully balanced and executes everything perfectly. I remember that innings in Chennai when he was carrying India on his shoulders like he had done so many times. Most of my Pakistani teammates then would rate that innings as the best Test innings they had ever seen. That says it all. The infinite value Sachin brings to the dressing room cannot be measured. I love to judge a player by the respect he has earned from his teammates. You just cannot touch Sachin there.”

“We saw the boy hitting Abdul Qadir for 4-5 sixers on his debut tour. It gave us a true picture of what was to come.”

Muttiah Muralitharan
“He is the most special one! A ‘once-in-a-century’ player! Wonderful technique, coupled with the best temperament, Sachin is indeed a great cricketer to watch. In fact, there can be no better sight than to watch him bat. I was privileged to bowl against him. Not only me, others who had the opportunity to play with or against him are privileged too. His numbers are just awesome. There can never be another Tendulkar. Happy to know him personally.”

Glenn McGrath
“Consistency is his other name. And he is determined too. In my book, technically, he is the most sound batsman I have ever bowled to. We had some ‘duels’ as the media would love to call it. Yes, at Adelaide, he was given lbw when the ball actually hit his shoulder, but I had no doubt since Sachin is not a tall guy and the ball hit his shoulder when he was trying to leave the ball, thus offering no shots. So, for me it was a clear dismissal. And in Kenya, for the first and last time I saw him going after everything, including me! Yes, he always tries to dominate the opponent attack and that makes him more dangerous. What a consistency! Even after 21 years, he’s scoring hundreds in Test matches almost at will. That’s the true sign of a great batsman.”

Shane Warne
“There is no doubt that the two batsmen I enjoyed bowling to the most were Sachin Tendulkar and Brian Lara and, in my opinion, Sachin is slightly ahead since he is more determined, mentally. He saved his best for us—the Aussies—and when a batsman consistently plays at his best against the best team of the world, his greatness is there to be seen for all. I have been to India on many occasions and know exactly how India reacts when Sachin goes out to play. The amount of expectation from a 110-crore nation is Himalayan and he has been playing with it since he was 16. Just awesome, my friend! We have a memory to share, too. Both of us went to see the late Sir Donald when the legend had invited us and it was sheer joy to meet Sir Donald, personally.”

(As told to Debasish Datta)

The Hedgehog And The Fox