That Eighties Scoop Show: Indian Journalism Needs A Shot Of The Past

Mid-century pontificators, a golden age and today’s torpor. Indian journalism needs a shot of the past. 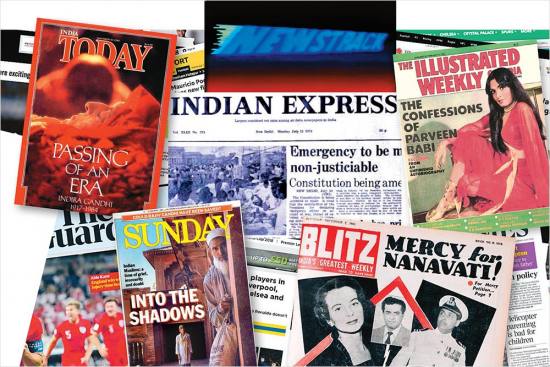 I cherish, among my scatte­red flotsam and jetsam of memorabilia, a note scr­awled to me in barely legible handwriting by the ­legendary American inv­­­estigative journalist Jack Anderson, whose most widely-read, Pul­itzer-win­ning daily column was the nemesis of croo­ked presidents, dictators, judges, oligarchs and politicians. The note—on the inside flap of his bestselling book, Peace, War, and Politics—reads: “To Indy, one of my star reporters who introduced our brand of journalism in ­India.” (‘Indy’ was my nickname in America where I had worked as a journalist for 22 years, the last eight with Jack’s formidable team of ‘muckrakers’, as his senior ass­ociate investigative reporter). He personally gifted this book to me in Washington, on December 31, 2003, as he lay mortally sick with Parkinson’s and bone cancer.

By then I’d returned to India and led the editorial team of India Today for 10 years, and had taken a pilgrimage to pay a last visit my ailing guru (he died two years later). He bel­ieved in the axiom that journalism must “comfort the aff­licted and afflict the comfortable”, and exhor­ted his reporters to write stories “with barely controlled outrage”. Ours was not a profession for the weak-hearted, but a calling—an unabashed crusade against injustice and all forms of aut­horitarianism, especially government secrecy. We exposed crooked defence deals and illegal operations by the FBI and CIA. Some of us went to jail for not revealing our sources, faced tortuous defamation depositions. We were constantly followed and spied on. Jack was even singled out for murder by President Nixon’s Watergate dirty tricksters during that shameful episode in American history.