Cafe Samovar oozed old-Bombay charm, which is why it thrived 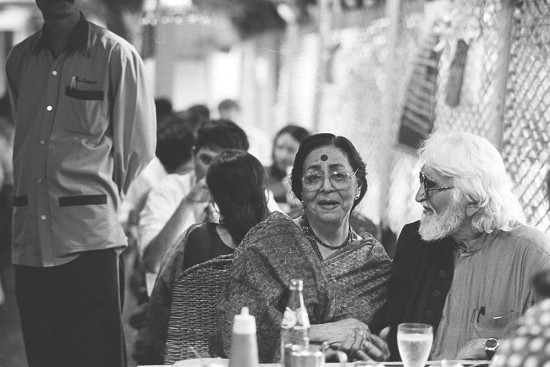 Before we go any further, a few declarations of interest. I have an ancient connection with Samovar. Usha Khanna, who owns it, was a very old friend of my parents (as was her husband, the film-maker Rajbans Khanna) and the restaurant opened at the Jeh­angir Art Gallery when my mother was holding an exh­ibition of her pottery in the hall next door. So I was never a disinterested party. And then, to compound the connection, I was married to Mrs Khanna’s daughter till the mid-1990s. So she was, for a while at least, my mother-in-law.

These declarations of interest must be followed by a rather shameful confession. I was never a Samovar regular, not even when I was married into the family. Oh yes, I might drop in for the odd dahi vada or a roti kabab roll. But I wasn’t like all the people who came in from Elphinstone College, the law cou­rts or The Times of India nearby and treated Samovar’s home-style food as their plateful of comfort. Nor did I ever buy into the college-boy Samovar-speak in which the restaurant was always referred to as “Sams” and the manager, a very nice lady, was nicknamed Big Ethel after the character in Archie com­ics. And yes, I might have gawked a little at M.F. Husain or all the big-name artists who would frequent the restaurant. But frankly, I wasn’t there often enough to do much gaping or gawking.