Test Drive Into The Future 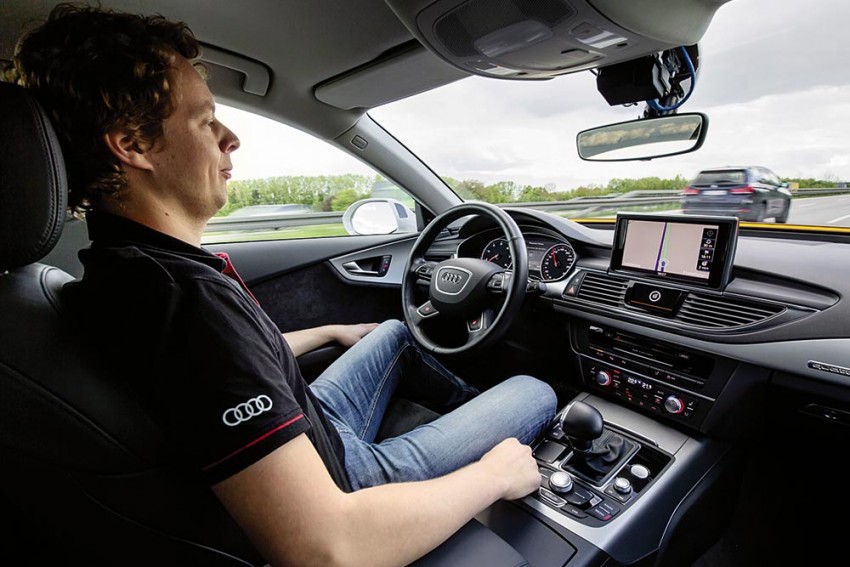 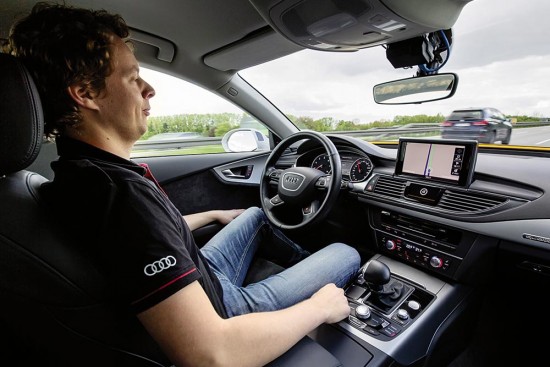 In the last week of February, Nissan invited the media to East London to get a glimpse of its autonomous drive prototypes. Audi showcased its piloted driving skills to journalists on a driverless drive from Silicon Valley to Las Vegas as early as January, 2015. The number of cars that are being tested on behalf of ­major automotive brands are enough to jam up a street—except that a traffic jam wouldn’t happen with autonomous cars. A journey that started in the 1920s and gathered speed in the last two decades is now close to finishing at the start line of a new automotive era.

Autonomous driving has become a global buzz anticipated by the public, propagated by experts, and sponsored by automakers and governments. At the World Government Summit held ­recently in Dubai, auto-innovation ­giant Tesla was offici­ally introduced to the UAE and so was a ‘self-driving’ flying vehicle that could automatically carry passengers to ­preset destinations and back. Dubai expects to be at the forefront of aut­onomous ­mobility by 2030, when one in four journeys ­undertaken is expected to be driverless. Not too ambitious for a place that introduced the first driv­erless Metro train service, ­earlier in the decade.

The implications of autonomous mobility go beyond safety and environmental gains. In a city like Dubai, ­autonomous mobility is expected to yield Rs 40,000 crore, reduce ­mobility spending by 44 per cent and curb the demand for parking by half!

There are five levels of driverless mob­ility according to a US system. The grading starts with the ability of the veh­icle to stop by itself when approaching an obstacle. At the highest level is the ability for unhindered mobility without ­human intervention. Most of the commercially available technology is currently placed is at Level 3, which stands for the ability of the vehicle to be operated without a driver for some time in normal circumstances but still needs a human hand in certain circumstances.

“Within 20 years, driverless vehicles will be the norm around the world.”
Elon Musk, founder and CEO of Tesla

Driverless transport faces four key challenges, anywhere in the world. Infrastructure—which includes the highest quality maps and road markings for artificial intelligence to make sense of it; laws and legislation—compliance and discipline are paramount for coordinated functioning; safety and public acceptance—social integration is an essential part of change, and requires widespread awareness campaigns; technological requirements such as eff­iciency of sensors and cameras. While each of these parameters will present potholes en route to a driverless era, the greatest challenges will still be behavioural rather than technical.

A recent report from the Boston Consulting Group shows that public perception and social acceptance are still a challenge even in developed cities. People are concerned about issues of reliability and safety. They should be led to that goal, step by step. In his keynote address at the world’s largest consumer electronics show, Nissan Chairman Carlos Ghosn points out how the innovation has to be ready for the market and regulations ready for the innovation. Otherwise, it runs the risk of being rejected.

In a country where the share of buses among total vehicles has declined from 11per cent in the 1940s to one per cent as of 2014, autonomous mobility should also inspire an increased use of public transport in Indian cities.

The journey to autonomous mobility cannot happen as quickly as online taxis and reservation systems were adopted. The idea is to populate this evolutionary space with autonomous driving concepts and supportive technologies while we wait for the driverless car to arrive. It will see waypoints in reducing congestion and pollution, such as shared mobility, discouragingly high city parking charges, and economically viable electric and hybrid vehicles. As the paradigm shift is expected to take up to two decades, hopefully that would give the infrastructure enough time to catch up!

Having recently served its two millionth passenger in six years, the Personal Rapid Transport (PRT) in the Masdar City in Abu Dhabi is an example of everyday implementation of driverless transport. The lithium batteries that drive the PRT rely on the solar energy generated within the facility, and have a 99.6 per cent availability record. A similar system has been serving London’s Heathrow Airport passengers for more than half-a-decade. Interestingly, the oldest of these has been operational in the West Virginia University since 1975.

There are also talks of implementation of PRTs in the Abu Dhabi-Dubai corridor, where a sci-fi styled ‘hyperloop’ will be used. That should red­uce the 160 km distance to 10-minutes!

A world that moves together

The concept of autonomous mobility is the harbinger of a new era of not only technological development but also technological cooperation.

CloudCar, based in Palo Alto, California, is a world-leading developer of connected driver experiences. While CloudCar has been working with Jaguar Land Rover on their vehicle technology programme, the opportunity for ­involvement from other automotive manufacturers is immense. This can reduce the costs of having to integrate into the car hundreds of driver-focused global cloud services and content.

Laying the bed, or infrastructure dev­elopment, is the part that demands maximum cooperation and concerted efforts. The ‘Digital Motorway Test Bed’ is a joint initiative among Germany’s Federal Ministry of Transport and Digital Infrastructure, the free state of Bavaria, the automotive and supply ind­ustry as well as the IT sector. The task involves, among other things, the modification of materials used for marker posts and guardrails so that they can reflect radar waves better, and from further away, and car sensors that will read these markings more effectively.

A thousand kilometres west of the ­Autobahn, the Connected and Autonomous Vehicle technologies research of Jaguar Land Rover is underway, conducted in conjunction with Ford and Tata. They are testing new connected technologies that allow cars to talk to each other, as well as with the roadside infrastructure, such as traffic lights. The result could be a car that knows what speed to travel so as to pass through traffic signals with lights always on green!