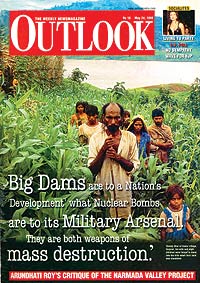 Like his neighbours in Kevadia Colony, Bhaiji Bhai became a pauper overnight.