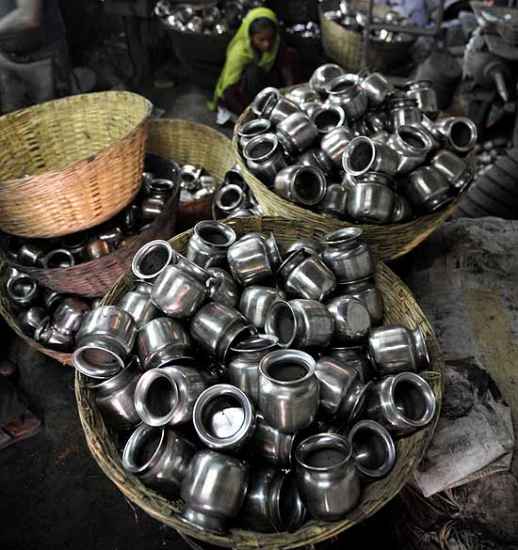 Stainless steel—that long-enduring, lustrous material which we reflexively think of as a marker of ‘modern’ life, much like neon lights, Disney cartoons and zip fasteners—is one hundred years old. Well, saying it like that immediately raises two possible points of contention. One relates to the “rustless wonders” made of that old Indian alloy, panchaloha, which has a minor headstart of some two millennia. The other is less grandiose, a quibble about dates. By now, it’s well accepted that stainless steel was invented in August 1913 by Harry Brearley, a self-taught metallurgist and analytical chemist. He made the first commercial cast of stainless steel on August 20, 1913, at Tho­mas Firth and Sons. Cast No. 1008, as it was known, had a composition of 12.8% chrom­ium, 0.24% carbon, 0.44% manganese and 0.20% silicon. Like many other inventions, it was a happy accident. And yes, society was slow to grasp its utility.

Harry Brearley was born in 1871 in Sheffield into a penurious family of a steel plant worker. To supplement the family income, he started doing odd jobs at age 11. A determined lad, he progressed rapidly from being a laboratory bottle-washer to become works manager at the steel factory of Firth and Sons. In 1908, Firth and Sons joined hands with John Brown, another steel manufacturer, to create Brown Firth Research Laboratories, where Brearley was appointed as the research director. Those were the days leading up to World War I and there was a flourishing trade in arms and ammunitions. A particularly pernicious problem plaguing gun manufacturers was the excessive erosion of the rifling of gun barrels. Brearley started researching on steel that could resist erosion better at high temperatures. His efforts were focused on studying the effect of varying concentrations of chromium and carbon.