‘Telangana Will Be The Worst Hit After The Split’ 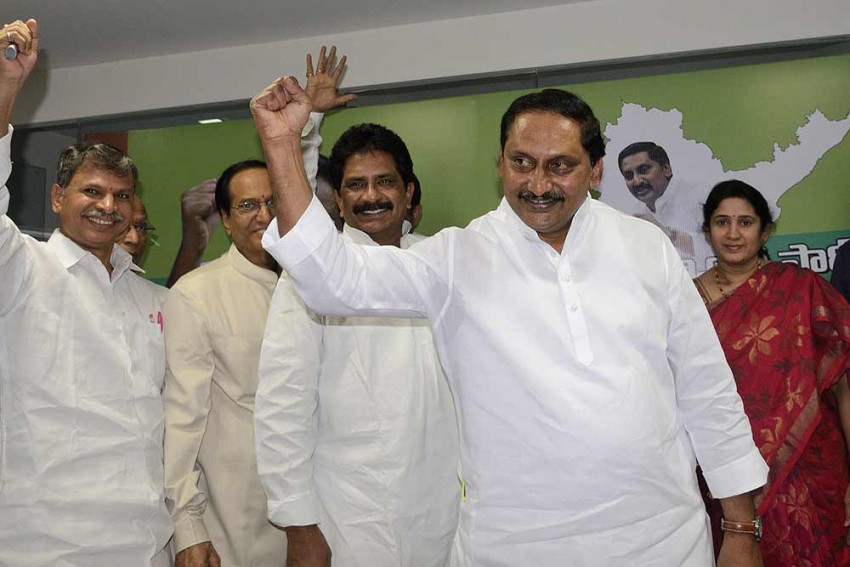 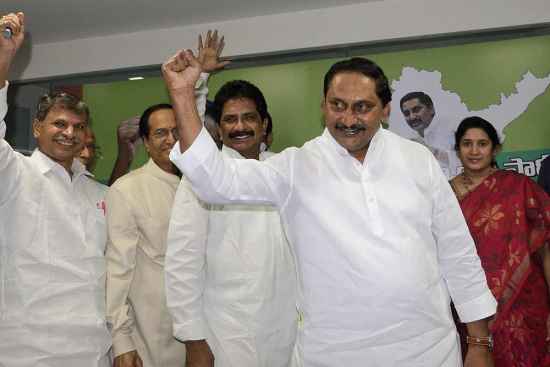 When Kiran Kumar Reddy stepped down as Andhra Pradesh CM after the Lok Sabha passed the AP Reo­rga­nisation Bill, he did it with little fuss. And when he split with the Con­g­ress and fin­ally ann­ounced his Jai Sam­a­ikya­n­dhra Party (JSP), it was in the same understated style. No frills, no Jai Kiran slogans. Some might call the JSP a party in denial but Kiran and his supporters firmly believe they will be the “surprise package” of the 2014 general elections. Excerpts from an interview with Madhavi Tata.

What exactly is the poll plank of the Jai Samaikyandhra Party considering the bifurcation Bill has already been passed?

I don't think it is over. I have gone to Supreme Court on the matter and we will see. Basically when the State Assembly's views were sought, the Presidential reference should have reflected its view. The manner in which the Bill was taken up in Parliament even after being rejected in the Assembly was most undemocratic and unscientific. It is an insult to Telugus across all regions. All the parties such as Telugu Desam, YSR Congress and Congress have been a part of this division. We will create a separate platform for the Telugus whose self-respect has taken a body blow.

Many feel that your resignation came a bit late as did the announcement of the party.

My resignation is not the issue here. A progressive state like Andhra Pradesh was being bifurcated on grounds which was totally against the interests of the Telugu people. Be it electricity, jobs, irrigation, water, industries, agriculture or infrastructure every area will be adversely affected. In fact Telangana will be the worst hit. There is this misconception that I am against Telangana. On the contrary, I am deeply concerned that the people of Telangana, especially farmers, will suffer. I fought till the end and finally when Parliament decided to take up a Bill rejected by the State Assembly, I resigned as Chief Minister and from the Congress. But like I said, it is not over yet for the case is in Supreme Court.

What sections of people are you seeking to draw to JSP?

We will be putting up several fresh faces, especially youngsters, employees, NGOs, students who have been part of Samaikyandhra movement, women. Many seem to forget that leaders are made by the people. Our party will reflect what the people want.

Most of the main parties have outlined their poll manifestos. YSR Congress president Jaganmohan Reddy has listed them precisely. How about you?

What exactly has Jaganmoh an Reddy announced?

"My career lay with Congress but I’d told them I could not be party to a decision that’s a death blow to Telugu people.”

Oh really? YSR was giving rice at Rs 2 a kg and I made it Rs 1 a kg as Chief Minister. I brought in the SC/ST Sub-Plan Bill, I started the zero percent interest crop loan, enhanced mess charges for students in weaker sections, Amma Hastham, a scheme which provides nine essential commodities every month, Bangaru Thalli, a welfare scheme for the girl child, Stree Nidhi to guarantee interest-free loans to SHGs among many others. Does Jaganmohan Reddy plan to go to back to Rs 2 a kg rice and loans at higher interest rates as were being given under the YSR government?

So will these schemes be a part of your manifesto?

These and more which our party committee is finalising. My party's primary aim is to restore the self-respect of the Telugus. Selfish electoral gains is not what my party is looking at. Our agenda is not to benefit the party but the people. The image of Telugus is most important.

The Telugu self-respect slogan was used to great benefit by the late N T Rama Rao when he started the Telugu Desam. How will it work in today's scenario?

See, in the case of N T Rama Rao, it was a small individual incident which was a trigger. But in this case, an entire state and its people have been affected. Therefore self-respect and pride of Telugus is even more at threat today.

The Telugu Desam has a substantial Kamma and BC votebank while the YSR Congress has favour among the Reddys and several minority groups. Where will the JSP position itself?

No party can survive on community or caste alone. There has to be a mix of all communities, castes, gender, social groups and an equal footing to all.

Before you stepped down as CM, many ministers in your Cabinet, even from Seemandhra, made derogatory remarks about you. Dokka Manikya Varaprasad (Guntur district) for example said you were taking time to pack your things, hence the delay in resigning and moving out of the CM camp office.

I've been in politics for too long to be affected by such statements. Remarks such as these have no impact on me at all. I'm doing the best I can and I always follow my conscience. I took the anti-bifurcation stand against the Congress high command because I understood the wishes of the people.

Would you align with the Congress or consider going back to the grand old party again?

Aligning with other parties is not the issue today. My family has fought 12 elections. During the CWC meet on Telangana, I told the party leaders that I hoped a day would not come when I would have to choose between the party and the wishes of the people. My career lay with the Congress party but I told them that I could not be party to a decision which has dealt a death blow to people of both Seemandhra and Telangana. Right now, the only path ahead is to go according to what people seek from me.

What are your strengths and weaknesses as a political leader?

I am straightfoward and honest which is a weakness because I am a politician.