Exporters, workers in the city are settling to a tough rhythm. Things may improve from April, some hope. 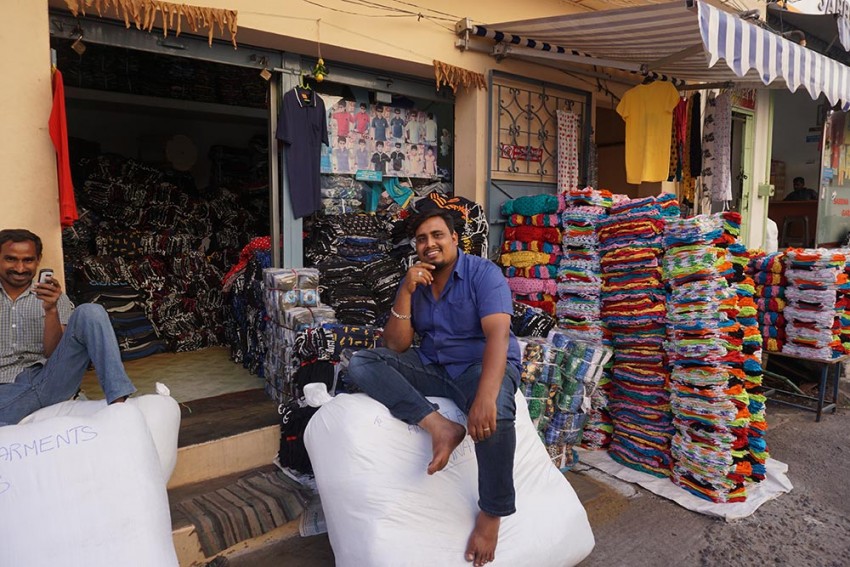 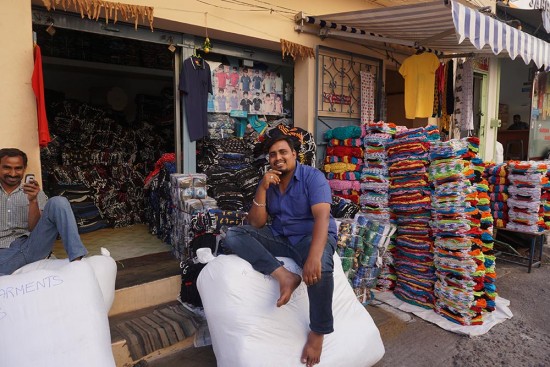 So Close-Knit A Community

Bundles of bright-hued knitwear are tied together and sto­cked in front of shops to attract buyers. The half-a-dozen roads in Tirupur’s Khaderpet market are crammed with shops that stock up these apparel in every nook and corner, throwing up crazy colour combinations. If only the business was as bright as the clothes.

The buyers at this market near the railway station are usually roadside vendors from Bangalore, Hyderabad, Mumbai and some upcountry cities looking to sell cheap knitwear to a huge population that buys clothes for necessity and not fashion. “For more than a year, these regular buyers can be seen only in a trickle,” says Jaffer Mohammed, who has seen his monthly sale of Rs 40,000 fall by half since DeMon and GST. “Ahead of last Diwali, there was good demand. That has flattened out. The GST has made our buyers to wait and watch as so many adjustments are being made to the rates. Maybe from April, things will stabilise.”

This used to be a cash-and-carry market, but demonetisation changed all that. So, any trader from across the country now comes armed with a cheque-book and deposits it in the seller’s account. The cheque takes two days to clear. After that, he takes away his bundle of clothes. Post GST, many sellers of this market took their GST numbers so business did not suffer. “But our regular buyers refused to pay up even the 5 per cent of GST for finished cotton goods,” says Jaffer. “They do not want up to lock up their capital. They are looking for ways to circumvent GST.”

No wonder the traders of Khaderpet market are idling. They are praying that the GST effect would wane just as it has for the knitwear exporters. When GST kicked in, the exporters numbering 1,500 units found themselves mired in loads of paperwork due to manual procedure for refund claim, delay in claiming refund for input tax credit for the period prior to GST, sorting out the confusion over IGST replacing custom duty exemption....

“From July to September, it was confusion all round,” says S. Sakthivel, executive secretary of Tirupur Exporters’ Associa­tion (TEA). “Even the officials were clueless about some of the provisions. It has taken this long for some clarity to dawn after the GST for job works was trimmed to 5 per cent from 18 per cent. Even now dyes and chemicals suffer an 18 per cent GST, which makes claiming income-tax claims cumbersome.” Even then, so far one has received only Rs 3 crore out of the Rs 75 crore as I-T refund, he complains.

The exporters and their job workers have gradually settled into the new regimen. They fear that smaller countries like Bangladesh, Vietnam, Sri Lanka, Camb­odia and Ethiopia would nose ahead of India by taking advantage of their duty-free status or free trade agreements with the EU and USA. The Indian government must come up with incentives for apparel exports, says the TEA. “It is time to look beyond GST at the larger picture,” says TEA president Raja Shanmugham.

By G.C. Shekhar in Tirupur