Tale Of An Opening Up

Though written out of history, Narasimha Rao was the true face of liberalisation. This book gives him his due. 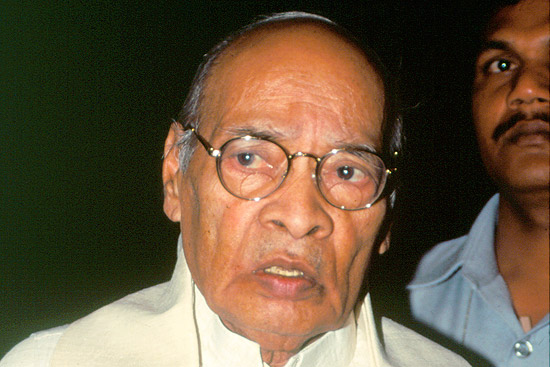 Former prime minister P.V. Narasimha Rao always believed that history would judge him bet­­ter. Congress leader Jairam Ramesh’s new book, To the Brink and Back: India’s 1991 story, proves that he was not wrong. It is a fitting tribute to a man who was the real father of the economic reforms, launched 25 years ago when the country was facing an acute economic crisis. Yet, the Congress and even the world has projected Manmohan Singh as the father of reforms, ignoring Rao’s primary role, and this book has done justice in this regard.

Jairam’s strength is his capacity to exp­lain even most complex ideas in very simple, PowerPoint presentation mode. Written in his typical, crystal-clear  style, the book is enlivened with a sense of humour. No doubt, alongside everything, he has given himself an important role in the initial days of the reform process.

One thing that puzzles me is why would Jairam, who is close to the Nehru-Gan­dhi fam­ily, decide to eulogise Narasimha Rao, who is anathema to that power centre? What could possibly have been the reaction of Sonia Gandhi, who has made every effort to black out five years of his regime from Congress history?

The book, then, speaks in glowing terms about Narasimha Rao. Jairam com­­pares him with Mao. Whether Rao was impressed by Mao or not, he was highly impressed by former Singapore prime minister Lee Kuan Yew and Malaysia’s Mahathir Moh­­ammed, and struck up friendships with them.

One puzzling thing is why Jairam, who is close to the Nehru-Gandhi family, decide to eulogise Narasimha Rao.

Why Rao chose Manmohan as his finance minister after London School of Economics director I.G. Patel refused the offer comes through quite well. Rao was looking for a credible international face and he got the prized position, to the disappointment of other aspirants like Pranab Mukherjee and N.K.P. Salve. What drove Rao to choose the reform path is recorded well. He tells Prabhu Chawla in an interview, “We mean business now. The country could not wait any longer. These decisions should have been taken long ago.... These measures were so urgent I could not have waited. Both from the point of view of time and substance I had to do what I did.” There is a perception that Rao shied away from taking decisions, which is not true. He took the decision on reforms without any hesitation, just as he did in recognising Israel later or on his Look East policy.

Having decided, he assembled his team for the face of reform in India. This included his principal secretary A.N. Verma, Montek Singh Ahluwalia, Suresh Mat­hur, Suresh Kumar and economists Rak­esh Mohan and Arvind Virmani at the official level and Manmohan Singh, Chidambaram, Kamal Nath and Madhavrao Scindia at the cabinet level, although except Manmohan the other three fell out with him later.

Jairam describes the internal dynamics of the Congress on reforms quite well. Rao knew how difficult it was going to be because the party had different shades of opinions, from right to left, on the issue. Rao consciously insulated Manmohan and faced many stormy Congress parliamentary party mee­­tings. Manmohan even offered to resign, but Rao gave him his full backing while dealing with the party as well as the opposition deftly by speaking about reform with a human face. Many forget how he took the opposition on board before the reforms.

Jairam’s book gives a graphic account of the reform process—the Parliament debates on devaluation, gold sales, industrial policy, the first budget presented by Manmohan and commercial policies. In short, it takes us through the entire process. It also gives some interesting insi­ghts, like the Gorbachev goof-up, and his own exit from the PMO. Drawing from Rao’s private papers, he has also given some ideas about how Rao wanted himself to be remembered. This will be a good source book for researchers.

Jairam subtly hints that Rao had asked him to write this book: “I asked him why he hadn’t written a book on the reforms period, but he said he was tired and this was up to youngsters like me to do so. That I was forty-seven and could still be called a youngster amused me no end.”

We should wait for Jairam’s autobiography, which could give us a glimpse of how he played the various roles of reformer, cabinet minister and that of a member of the National Advisory Council. It will be fascinating reading when he writes about all these.