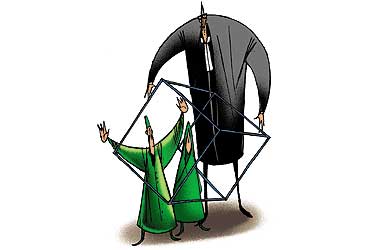 Not any more. In a landmark judgment last week, the Bombay High Court ruled that divorces between Muslim couples will now have to be "convincingly proved in a court of law under the civil procedure court and the Indian Evidence Act." A mere statement, written or oral, by a man divorcing his wife won't be enough proof of his having obtained a divorce. Delivered by a full bench of the Bombay High Court (comprising three judges), the ruling is now binding for Maharashtra, and is expected to be of persuasive value in other states too.

The 88-page judgement came after hearing in a case filed by Latur resident Dagdhu Pathan, 40, challenging maintenance claims by his wife Rahimbi, 31. It categorically states that for divorces to be deemed legal, husbands must prove in court that all requirements for divorce under Muslim law were fulfilled before pronouncing talaq. This implies proving efforts had been made towards pre-talaq negotiations like reconciliation, arbitration and payment of mehr (dower). "Unless the factum of talaq is proved in a court of law," the ruling says, divorce registrations made under the Wakf Act and certificates issued thereafter will carry no "sanctity" in the eyes of the law.