The author, once swept away by the clarion call to fight against corruption, is wiser with age, and reassesses the main inheritor of the movement 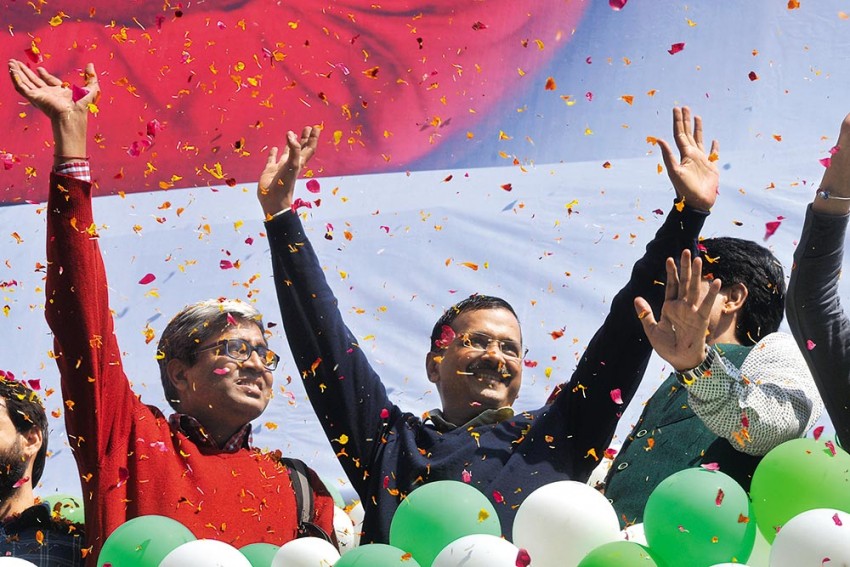 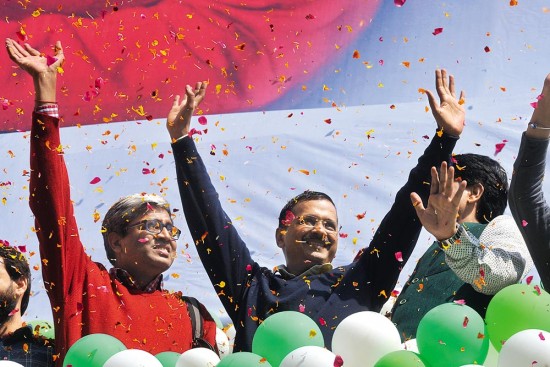 AAP And Down: An Insider’s Story Of India’s Most Controversial Party
By Mayank Gandhi
Simon and Shuster | Pages: 304 | Rs. 350

Corruption is an issue which has over decades been tactfully used the world over by right wing politicians to overthrow popularly elected governments in modern capitalist societies. Independent India witnessed street-­level outrage against supposed corruption twice or thrice; each time, it has eventually strengthened right wing forces till we have reached a stage when the right wing appears inv­incible and those opposed to it seem helpless to fight it effectively.

The upwardly mobile privileged caste, the urban middle class, in particular, has ever so often been impatient with successive governments, more so with the Nehru-Gandhi family, who directly or indirectly steered this country’s fate for 46 years and guided it to a modern democratic state with all-round development in all segments.

How many remember how BJP leaders reacted to the defeat of the NDA in the 2004 general elections? First, there was a general outcry about the possibility of the then Congress president Sonia Gandhi becoming the prime minister, for having been born in Italy, never mind if she had been duly elected twice to the Indian Parliament and was constitutionally fully entitled to lead the country. There was greater annoyance when Mrs Gandhi, as the leader of the Congress party carrying the opprobrium of 1984 Sikh genocide, chose Manmohan Singh, a Sikh, to lead the Congress-led UPA government. And it became unpalatable to the BJP and its urban upper caste constituency when the much mal­igned Laloo Prasad Yadav became India’s Railway Minister and worse, disproved his detractors by efficiently and competently taking Indian Railways to new heights. How could someone we had successfully ousted from power in Bihar, condemning him as a fodder ‘thief’, as well as the likes of the unwashed Shibu Soren, be allowed to sit in the august company of Atal Behari Vajpayee, Lal Krishna Advani and Sushma Swaraj? So, the new prime minister was pointedly denied the courtesy of introducing his cabinet colleagues.

Then came MNREGA, a law making it obligatory for the state to provide jobs to all able-bodied person in the rural areas for a minimum of 100 days. There was a general outrage against the ‘wastage’ of national resources on the worthless. The decision to provide reservation to the children of the other backward castes (OBCs) in institutes of higher learning came next. That was truly

unpardonable to the elite and the urb­ane. That’s when Youth for Equality, with the evident support of a former chief justice of India, was born and with that the campaign against the UPA government’s ‘big-ticket’ corruption began. India Against Corruption, which May­ank Gandhi has fondly mentioned in his book, owes its origin to Youth for Equality—the unsaid motive and mission of the movement was a desire to get rid of the lowly ones ‘unjustifiably’ occupying the offices, which only the Aryavrat deserved. The rest of the book is devoted to exposing his one-time comrade and mentor, Delhi chief minister Arvind Kejriwal.

But the book also reinforces what many critics of that so called anti-corruption movement of 2011-12 all along held—that the movement against corruption was being puppeteered by the RSS and the BJP to dislodge the Sonia Gandhi/Manmohan Singh government and bring the BJP back to power. Therefore, the much-applauded Anna Hazare’s fast against corruption, the theatrics of Baba Ramdev and Sri Sri Ravi Shankar were all working in tandem to discredit the UPA as corrupt in the eyes of the voter, which was successfully achieved.

People like Mayank Gandhi were so overwhelmed and blinded by the campaign that they actually started believing that a revolution to wipe out corruption from the surface of India was in the offing.

But to his credit, Gandhi candidly adm­its towards the end of the book how far removed he was from the reality of India and, like him, how many credulous young urban upper caste men and women in many cities still are. Gandhi writes: “As a politician, I was supposed to represent people but without knowing anything about 65 per cent of this nation—the denizens of rural India—what right did I have to speak for a country? I felt phony and pretentious.” That about sums up the dilemma of the urban middle class youth of India being fired up time and again to wipe out corruption, without having any idea of what the real India, and its all-too-real problems, actually are.

All That’s Left Behind