Take Him Out The Next Day

Pujara, adept at both attack and defence, is staying at the crease 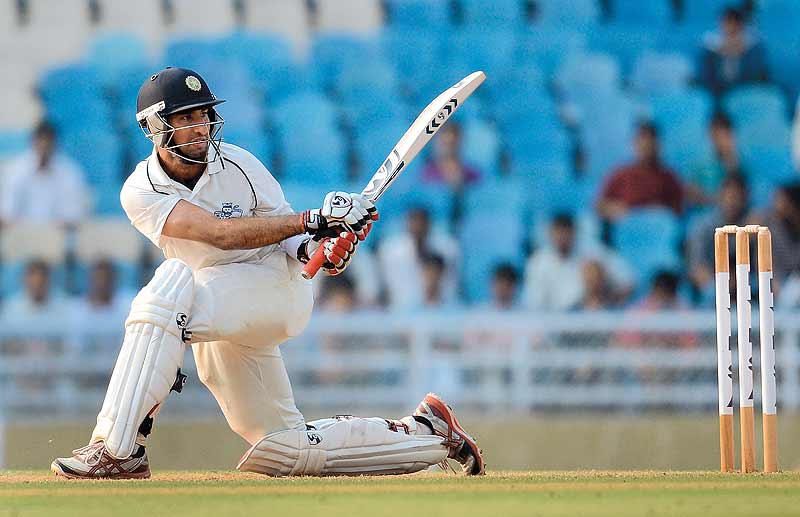 Long before Cheteshwar Pujara finally broke through the exalted ranks of Indian cricket’s heavyweight division and imparted a sense of security to a new middle-order, Parthiv Patel used to call him ‘Don Bradman’. The former India wicketkeeper was in awe of the precociously gifted Saurashtra batsman’s insatiable appetite for runs. Pujara is at a safe distance from the Don’s fluid aggression or his unconquerable average—few have come even close—but there are shades of the Greatest in his penchant for mammoth innings. His latest tour de force, an unforced 204 against Australia in Hyderabad, was another proof of how Donnish he is in crafting an innings that wraps itself around the tempo of play—waxing, waning, just rolling on.

Pujara has scored 1,017 runs in just 11 Tests at an average of 67.80 with two tons and two double hundreds. “Right from the Ranji level, he goes for the big scores. This habit has matured over time. Fighting an injury and making a comeback is great. Pujara doesn’t get stuck, rotates the strike well and tries to go that extra mile,” says former opening batsman and selector Krishnamachari Srikkanth. He is right about Pujara’s appetite for runs: his 306 n.o. (516b, 36x4), a national record, versus Baroda in the West Zone under-14 tournament in 2000-01, is an early example.

So is the one-down slot, left vacant by Dravid, already taken by Pujara? To be sure, he’s yet to prove himself on fast-paced foreign tracks (his high scores have been at home). Prima facie, he’s like an experimental blend of Dravid and Laxman in equal parts—technical excellence, sto­lid defence and a sound temp­erament complementing artful stroke- making—but pending a final trial against bounce and swing. The essentials are there, though. “Puj­ara’s approach is very positive. He has a rich repertoire of shots and plays them according to the situation,” says former cricketer Ans­h­u­man Gaek­wad. “He knows how to control his inn­ings and has done well at No. 3, des­pite some bad outings in South Africa. When he pulls the short ball we do see Dravid, but he’s not a Dravid clone. He’s his own man,” says cricket writer Suresh Menon. Chintu, as friends call him, is very focused, says his Sau­rashtra teammate Sitanshu Kotak, a vet­eran of 129 first-class matches. “His temperament enables him to handle situations without curbing his game. Remember how he reached 150 against Australia by hooking Siddle for a spectacular six?” he asks.

Pujara has technical solidity, all the strokes and a hunger for runs. His comeback, after missing a season, proves it.

A Rajkot lad, Pujara has a solid cricketing lineage. His grandfather, father and uncle were all talented cricketers. Grandpa Shivlal was known for being a feared leggie in the powerful team of the erstwhile pri­ncely state of Dhrangadhra; father Arv­ind and uncle Bipin both represented Saurashtra in the Ranji Trophy. Cheteshwar was more of a leg-spinner when he began playing at the age of eight. The boy must have presented a curious sight—practising leg-spin with a somewhat mys­terious action and batting confiden­tly, under the watchful eye of his father, his only coach, at Rajkot’s Railway ground. “I always felt Chintu was good with both bat and ball. But to make sure where his talent actually lay, I took him to Mumbai and made him bat and bowl in front of my friend Karsan Gha­vri,” his father Arvind told Outlook. “After watching Chintu bat and bowl for nearly three hours, Ghavri told me he saw fire and passion in him which would take him far. He noticed that Chintu didn’t like to get out and advised me to make him a specialist batsman.”

That settled it. Stellar scores in junior, Ranji and India A followed, then experts’ endorsement of a Test No. 3 in incubation. He graduated on to the international scene with an impressive debut in the second Test in Bangalore in 2010 with a match-winning 72 against the Aussies. But injuries, that bane of professional sportsmen, followed. He sat out the disastrous touring season of 2011-12, missing a chance to gain exposure in the West Indies, Eng­land and Australia, but bounded back to ply his wares against the English at home, another series most of his tea­mmates would gladly forget. 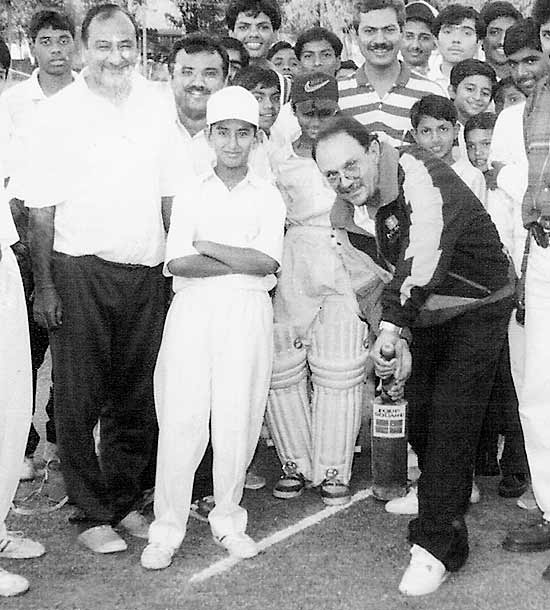 “I was determined not just to stage a comeback or prove my ability but also to help India win,” Pujara said after the two-Test series against the Kiwis. Nig­g­ling questions about his fitness remain. Through much of his double ton aga­inst the Auss­ies, he was hobbling from a bad knee. “He needs to guard against complacency and fitness to have a long career,” says cricket writer Ayaz Memon.

There’s not been much scope for complacency yet. It was amid fin de siecle gloom that Pujara was drafted in for the England return tour. Eight back-to-back Test losses overseas was a deb­acle that hastened the end of Dravid and Laxman’s careers. Their exit yanked the curtains down on the unbroken glory years of the Fab Four—the weight of the moment seemed to acc­entuate a never-before fragility in the batting line-up. In such flux and uncertainty, there was no room for failure. Pujara’s response: a masterly 206 not out in the first Test in Ahm­edabad and an even better, watchful 135 on a treacherous Mumbai wicket, a lone sentinel against the venomous guile of Panesar and Swann, in the second Test.

He seems a lot like Dravid and Laxman as a person too—affable, yet very private. “When he was with IPL’s Kolkata Knight Rid­ers, it was mandat­ory to go to parties. But the team management acc­e­ded to his request, all­o­wed him to stay in his room. He prefers simple food, preferably Guja­rati, and doesn’t even drink colas,” says uncle Bipin. A religious person, he never misses his daily puja and meditation. A devotee of guru Hariprasadji Maharaj, he makes it a point to visit him whenever he is in Rajkot. It perhaps helped anc­hor him when he lost his mother to cancer in 2005. “My mom always wanted to see me play for India. She made me promise I would fulfil her wish. She’d have been delighted to see me in India colours,” says Pujara. This winter, he married a girl his family chose for him. “No, it wasn’t a love affair,” says wife Puja Pab­ari, an MBA in retail marketing. “It was purely an arranged thing. We didn’t know each other till our families met and decided.”

Unsurprisingly, Pujara was discipli­ned in school, and is set on getting a graduate degree. “He was a bright stud­ent, intelligent, with a sharp mem­ory. And despite cri­c­ket, fairly punctual,” rem­e­m­bers his school principal, Swati Pan­dya. All the traits you want in a No. 3: most of all, the guarantee that he’ll be there. His friends say his fondest wish is to triumph against bowlers overseas. Bradman in England, 1930, appears like a beacon.

By Haresh Pandya in Rajkot with Priyadarshini Sen

Meghdoot: Culture On The Cloud