When Gatsby is finally released in India, we shall give it a seven-star rating, finally there’s an Indian star shining in the Hollywood sky. 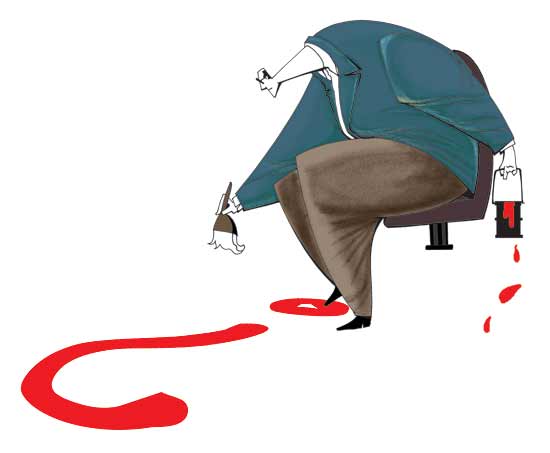 What an event to celebrate the centenary of the Hindi film industry! I have now with me not only the thesaurus, the ‘Book of Quotations’, ‘Book of Superlatives’ and eight other books of the same category. May will be a great month for Indian films. I have already watched the preview of Amitabh Bachchan’s first genuinely English film, ‘The Great Gatbsy’. I am sorry, ‘The Great Gatby’...or is it the ‘The Great Gatsby’. I am confused.

This is no altu-faltu angrezi film made by some NRI moneybags. ‘Yeh toh asli angrezi cheez hain’ like his Namak Halal turn. Big B will speak real English and not just ‘hiss’ about like Mallika Sherawat in her snake film. Mind you, the media has rightly gone bonkers over this latest achievement of Big B. It is not easy to bag a role in a film like Great Gatsby. Somebody pointed out, I don’t know if he was right or wrong, that Gatsby was authored by Scott Fitzgerald who belonged to the ‘Lost Generation’. Poor chap, must have got lost in his childhood. Had it been an Indian film, there would have been an identical twin. But this is Hollywood, sir, and don’t ever forget that.

Even Dilip Kumar did not get to act in a real Hollywood film. I am told he refused the lead role in David Lean’s Lawrence of Arabia. Only I.S. Johar acted in real Hollywood movies, Death on the Nile, Harry Black and the Tiger and so on. But those were ‘chhota mota’ roles. Not like Gatsby. Listen to Big B’s name in the film, Meyer Wolfsheim, a majestic name. Not the same old Inspector Vijay. The whole of India should be proud of Big B’s impressive moustache and beard in the film. His co-stars are Leonardo DiCaprio (that Titanicwallah), Toby Maguire and other top actors. But Big B will make ‘chhutti’ of them. Famous director Baz Luhrmann insisted that he would cast only Big B for this role and did it. Big B has already given 376 media interviews on how work happens at a Hollywood film shoot. Everyone came on time, the script was ready, big actors mixed freely with small actors, everything was so professional. Wolfsheim was the head of the Jewish mafia of the 1900s, child’s play for Big B who has played many such roles, like in Sarkar.

Jay Gatsby (DiCaprio) looked upon Wolfsheim as his mentor and Big B mentioned in the Indian media that even when his presence was not needed on the sets, DiCaprio was always present to watch Big B act! And to think Big B did not charge even a dollar for the film! Film lovers will know that a role is judged by its importance and not length. So what if Big B’s role is just 90 seconds long, when Gatsby is finally released in India, we shall give it a seven-star rating, finally there’s an Indian star shining in the Hollywood sky.