The Bahmanis, Vijayanagara, Shivaji...a fine history of the Deccan bristles with cruel and grand potentates, frustrated Mughals and snooty Persians 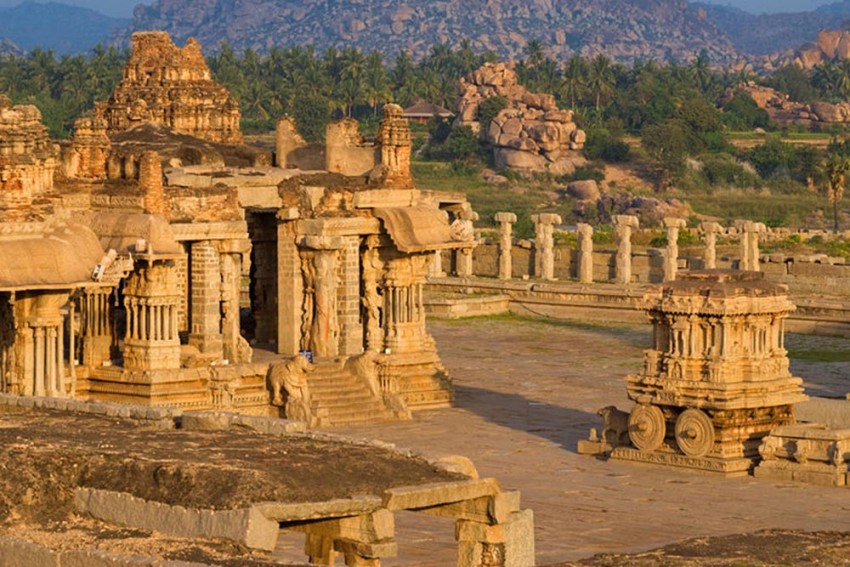 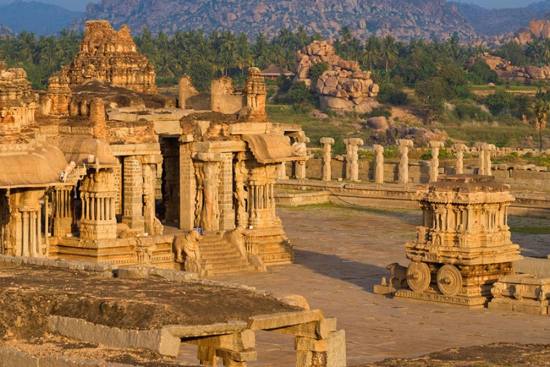 This is a fascinating book, with delectable minutiae in practically every page. Unlike the usual turgid tomes we encounter when we go in search of aut­horitative books, Manu Pillai’s volume tells us, succinctly but with sufficient wei­ght, the turbulent history of 500 years of the Deccan—from the events leading to the founding of the Bahmani kingdom to the ascent of the Marathas, who nagged Aura­ngzeb until he died a disappointed and bitter man.

The Sultans, both Muslim and Hindu, were at once magnificent and bloodthir­sty—killing thousands without comp­un­ction and destroying cities and places of worship that took decades to reach eminence in a few terrible days of loot and arson. At the same time, they have left beautiful monuments and rare works of art. The cities of Bijapur, Hyd­e­rabad, Aurangabad and the ruined wonder of Hampi are their creations.

The Sangamas of Vijayanagar called themselves Hinduraya Suratrana, Sul­tan among Hindu kings. Krishna Deva Raya, the most famous of them, “gave orders to enlist Mussalmans in his service...erecting a mosque for their use…ordered a Koran to be placed before his throne on a rich desk, so that the faithful might perform the ceremony of obeisance in his presence without sinning against their laws”. And we have Ibrahim Adil Shah II of Bijapur, who is described as one “whose father is Guru Ganapati and mother the pure Saras­wati”. There is a stunning painting of Saraswati from his period in which she appears dressed as a Deccan princess but with her usual symbols of conch, veena and lotus. Ibrahim referred himself as Abala Bali (the defender of the weak) and composed a book named Kitab-e-Nauras, which also speaks about Shiva, Parvati and the great Hindu epics.

Krishna Deva Raya employed Muslims, erected a mosque for them and kept a Koran by his side. Adil Shah II of Bijapur's book Kitab-e-Nauras speaks of Shiva, Parvati and the epics.

Two great medieval characters portrayed in the book are Chand Bibi and Malik Ambar. While Chand Bibi defied Akbar in the defence of Ahmadnagar, “clad in armour…with a drawn sword in her hand” only to be killed treacherously by her own men, Malik Ambar held out seemingly forever, to the irritation of emperor Jahangir.  He was a habshi (African), born in Abyssinia. Sold as a slave and exchanged several hands, Malik eventually rose to eminence as the commander of the Nizam Shahi forces and fought resolutely against the Mughals. As a Mughal historian says, “Malik Ambar was sometimes defeated and sometimes victorious, but did not cease to oppose”. It was he who established a new capital for the Nizam Shahi kingdom in Khirki, later known as Aurangabad.

Unlike the Mughals, the Deccan sultans considered themselves beholden to Persia, celebrating the Persian Shah in the khutbah during the Friday prayers. In the pecking order, the Westerners, as the Persian nobles were called, almost always took precedence. In the eyes of a medieval Hindu observer, the government of the Muslims were devoted only to becoming rich and leaving for places which they considered to be their fat­herland or holy. Here, the author clarifies that Muslims, in this context, seem to mean Persians rather than the Dakhini Muslims. The Dakhinis, while not fully pleased with the ascendancy of the Hindus, worked with them to protect their own interests which clashed with those of the Persians. This contradiction eventually led to the end of the Deccan Sultans and it was in the Deccan that the ruin of the Mughals began, leading to the rise of the British.

This book is about the sultans and not about the inhabitants of the sultanates. It speaks about the fabulously rich per­sons and the treasures they posses­sed, but not about the teeming millions who lived in the Deccan. It doesn’t speak about the produce or the food of the region. The horror of wars, even at this distance, is chilling and the author gives us but a glimpse of it. This was what Adil Shah did to his own domain to slow the advance of the Mughal army: “The emb­ankment of the tanks were dem­olished, poison and carrion were thr­own into the wells, trees and loft bui­lding near the fortress were destro­yed. Similar out­rages were committed by the warring emperors, sultans and kings year after year. The author also mentions in passing of the terrible famine of 1630: “Life was offered for a loaf, but none would buy; rank was to be sold for a cake, but none cared for it (and) the flesh of a son was preferred to his love”.

What makes me love the book is the prose of the author. I have been struggling hard for over 50 years to write non-execrable stuff and here is an unassuming young person, effortlessly writing elegant, illuminating prose. I do envy him.