In Outlook this week, a diary on the sumo wrestlers of Japan. 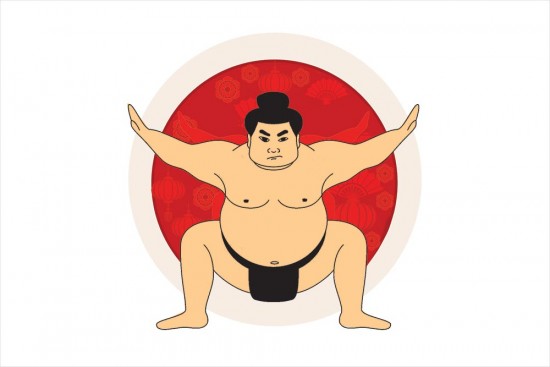 If anything other than the mystically picturesque Mount Fuji—or Fuji-San, as the Japanese call it—personif­ies Japan, it has to be Sumo wre­st­ling. It not only has been the most popular sport in Japan for centuries, but is also a prominent and significant cultural heritage. I have been fascinated by photographs of those towering, monstrously flabby but innocuous-looking wrestlers or rikishi with their trademark topknot or chonmage. Watching those fubsy grapplers in signature loincloth in action with their elephantine movements was on my long-time wishlist. That was fulfilled during my recent sojourn in Japan for the ong­oing Rugby World Cup, as my itinerary coincided with the Grand Tournament.

The September edition was the penultimate of the six Grand Tournaments staged in each of the odd months and was the final event of the year in Ryogoku, the cradle of Sumo in Tokyo. Surrounded by many premier Sumo stables or heya, the iconic Kokugikan or the Sumo hall has been the nursery of the 1500-year-old Edo-era sport and its most hallowed arena. I was welcomed at the bustling stadium, abuzz with hundreds of enthusiastic spectators and decorated with colourful banners, splashed with Japanese kanji characters. At the centre of the arena was the wrestling circle, the dohyo—a 2 feet-high raised arena 18 sq ft in dimension. It was spectacular to see a stadium crammed to the rafters cheering for the participating wrestlers as they emerged inside the ring, located under a roof that was suspended from the ceiling by cables and resembled a Shinto shrine with four gigantic tassels hanging from each corner to signify the four seasons.