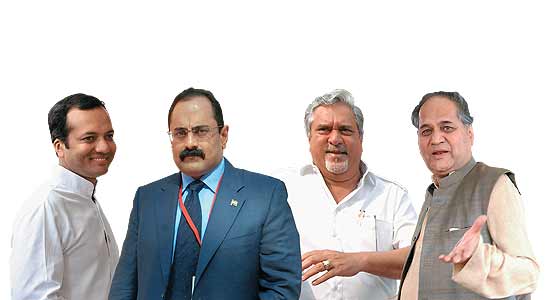 It’s an intriguing time for a private member’s bill to come on ‘conflict of interest’. Congress MP from Tamil Nadu Sudarsana Natchiappan moved one such, titled Prevention and Management of Conflict of Interest Bill, on April 27. About the same time, another Congressman from Tamil Nadu, Union home minister P. Chidambaram, was being attacked by the Opposition for allegedly protecting son Karthi Chidambaram’s business interests in a telecom deal when he was finance minister.

Besides the immediate uproar, this is a serious issue that’s been eating into the “integrity quotient” of Parliament. Two years ago, the then Union urban development minister S. Jaipal Reddy had cautioned that nearly one-fourth of all Lok Sabha members could potentially have conflicts of interest with the business of the House. He was quoting a study conducted by the National Social Watch Coalition, which claimed 128 out of the 543 members of the 15th Lok Sabha belonged to the business class, which potentially may have conflicts of interest while participating in parliamentary deliberations on public policy.

“When rich people come into Parliament, can you avoid a conflict of interest?” was the minister’s candid reaction to the study. It is in this background that this bill acquires significance. First a caveat: several thousand private member’s bills are said to be pending for introduction. The few which are introduced depend on a draw of lots. And what’s more, the introduction itself may not mean much as members may have to wait before the bill comes up for discussion. The system allows very few such bills to secure the approval of both houses and become law. Which is why, Natchiappan, a lawyer by training, is realistic. “At least, the bill was introduced,” he quips (see interview).

An NSWC study says 128 of the 543 members of the 15th LS come from the business class. Will this colour public policy?

Indeed, it would be fortuitous if the bill ever comes up for discussion. Shortly after the bill was introduced, the Opposition stalled proceedings in Parliament seeking facts on the Chidambaram matter. (On Thursday, May 10, PC made a statement in the House saying none of his family members had a stake in the involved telecom firms, but the Opposition clamour continued.) Conflicts of interest are not confined to just MPs and ministers but includes virtually everyone active in the public domain. Other countries have taken the lead, and it’s time India too initiates legislation to control such conflicts, says Natchiappan.

The bill seeks to bring all public servants, ministers, consultants in public bodies and consultative committees within its ambit. “It goes beyond the Lokpal Bill. While that bill seeks to address corruption, the conflict of interest bill looks at the very root of that corruption,” says the MP.

For the MP, the bill began as an investigation into the possibility of mnc baby food manufacturers influencing public policies on malnutrition, which later became a full-fledged exercise in framing a legislation to tackle conflict of interest in the public sphere.

Says Arun Gupta, convenor of the Alliance Against Conflict of Interest, an umbrella of organisations and individuals, “The representation of corporate interests in committees which decide on drug policy, food and other essential items is a matter of serious concern. Public disclosures must be made on this.”

The alliance has pointed out instances where there were serious conflicts of interest: a former cabinet secretary, now in charge of a micronutrient organisation, pushing for a policy change in tackling malnutrition. Or the case of a former solicitor-general of India representing a multinational drug company, which has implications for the drugs patent regime. A 2010 report brought out by National Social Watch (see box) lists the potential of conflict that arises when MPs and industrialists are members of parliamentary standing committees.

As Natchiappan observes, he is appealing to the conscience of his fellow MPs when they raise questions or represent committees. The bill not only defines conflict of interest but also provides provision for a conflict commission and penalty in case of violation. Both imprisonment and imposition of fines have been provided for in the bill.

Across the political spectrum, there is some agreement that a certain rot has set in as parties have failed to prevent MPs from sitting on committees that oversee the very businesses they run. Yet no one acts on this, with the exception of the Left parties. The opening up of the economy has led to a host of pro-industry voices operating within Parliament, the same that is supposed to protect citizen’s interests, not promote those of corporates. It’s blatant, brazen and deeply worrying. So it was not without reason that former environment minister Jairam Ramesh bitterly complained to the speaker about MPs openly lobbying with him for their businesses. Call it CSR, maybe?