Struck In The Craw

Krav maga brings confidence to many 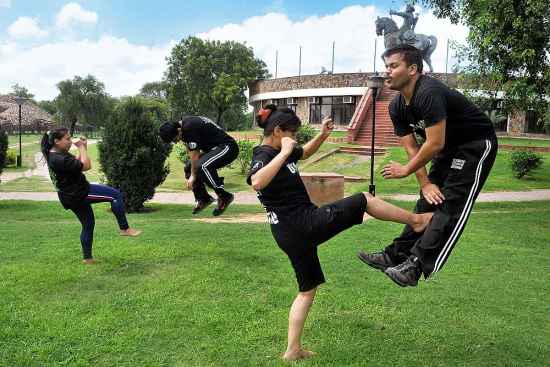 Twenty Something Aditi Thakral, who works in e-commerce, often takes the Delhi metro at night. Like so many other women, she’s ever alert to molesters, stalkers, men looking to do worse. Seven months back, Aditi, whose army-family upbringing has taught her to confront tricky situations, started training in krav maga, a modern Israeli combat system fav­oured by special forces worldwide for its vicious effectiveness. “Krav maga has boosted my confidence,” she says.

Hebrew for contact combat, krav maga was devised in the 1930s by Imre Lichtenfeld, a pugilist-wrestler who tra­i­ned and organised bands of youth to protect Jewish ghettos in Bratislava from racist attacks. Migrating to Israel, he worked over the decades to train the fledgling nation’s soldiers and covert operatives in unarmed combat, evolving the techniques that came to be known as krav maga. Lichtenfeld had learnt early that what works in the ring fails on the street. Muggers, rapists, rowdy gangs and hostage-takers play dirty; krav maga answers that in coin, aiming right from the start to end the fight with savage moves to neutralise the assailant, using strikes, kicks, locks, chokes, eye-gouges, blows to vital points.