AAP still has big political plans. But BJP has its ways to check the rival’s ways. 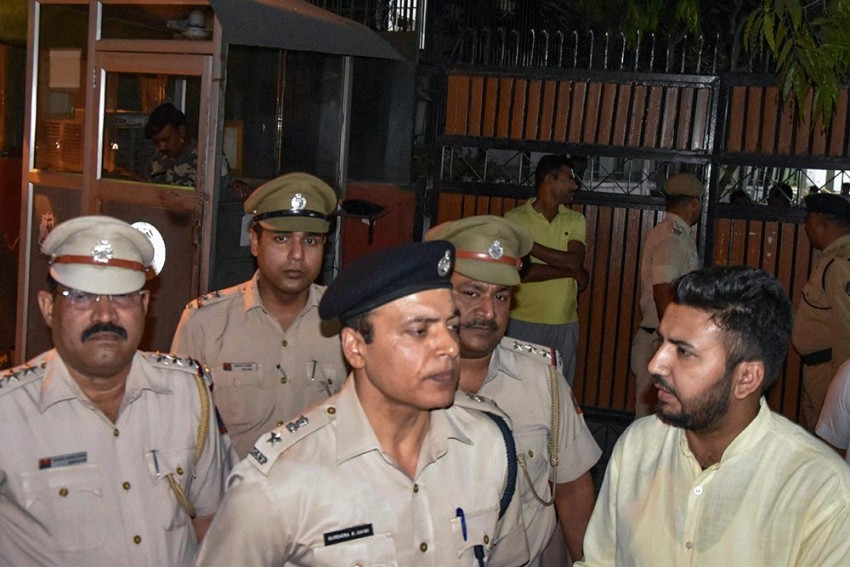 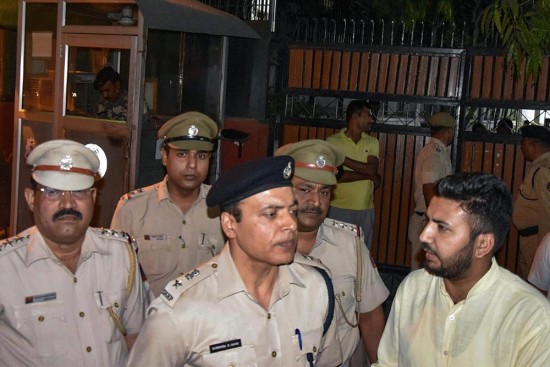 Last week, a posse of policemen—answerable to the Union Home Ministry, not Delhi government—interrogated the deputy chief minister, Manish Sisodia. Their subject: chief secretary Anshu Prakash, who has charged ruling Aam Aadmi Party (AAP) leaders with assa­ult during a meeting on February 19. Chief minister Arvind Kejriwal has alre­ady been through a lengthy police grilling in the matter.

For all the questions and answers, the matter refuses to go away or arrive at a logical end. If public memories of le affa­ire Anshu Prakash were fading, intermittent police interventions regurgitate it on TV screens. The sequence of events is unreal: in most states, police are at the beck and call of ministers but in the capital it is just the reverse.

AAP leaders don’t hunt for words before concluding that these Q&As appear scri­pted. “This was a well-orchestrated sch­eme put in place soon after AAP came to power,” says party leader Ashish Khetan. “The BJP and Congress are constantly trying to prove that we are no different from other parties—that’s exactly what they say after every incident.”

To AAP, these fights are all about BJP’s idea of power: anyone who defeats the party should bite the dust.

The AAP, ruling over symbolically pot­ent Delhi, sees itself as  the sole challenger to BJP’s cross-country rise. Bereft of control over policing and services—the latter now in L-G Anil Baijal’s domain—they changed course to stay relevant. It came to power on the anti-corruption plank but now sticks to water, electricity, schooling and the like.

“Everybody knows that other parties don’t want to hear about the work we are doing especially in education and healthcare,” says Khetan. The AAP government raised the budget for edu­cation in 2016-17 to 23 per cent, when the national average was 15 per cent. This year, it all­otted 12 per cent to health.

“The problem is not that the AAP runs mohalla clinics and schools or has lowered electricity and water dues. The problem is the Congress and the BJP never did these things,” says JNU professor Kamal Mitra Chenoy, who worked with AAP in 2014 and 2015. “The AAP is standing up to the BJP and Congress and also poses a political threat. Hence I feel that perhaps the chief secretary incident was first planned in theory then implemented in practice. Else, why would they question Sisodia months later?”

The way power is structured, the L-G in Delhi is answerable only to the Union, while a decision on distribution of powers in Delhi was rese­rved by the Supreme Court six months ago. Meanwhile, the BJP avoided a near-miss in the 2017 Gujarat polls, and now there’s talk of Opposition coalitions. Kejriwal has rea­ched out far beyond Delhi, to star  actor Kamala­hasan in Tamil Nadu, for example, and the AAP wants to contest in Hary­ana next year.

Between the two parties, more than just seven Lok Sabha seats of Delhi are at stake. To the AAP, these fights are about the BJP’s notion of power: anyone who defe­ats them must be made to bite the dust. “These controversies would make AAP supporters think, ‘maybe we should vote for them only in Delhi’ or ‘maybe we shouldn’t vote for them’,” Chenoy says.

To hold the February meeting late at night, in a city accustomed to the cloak and dagger, was a misstep. What the AAP had been saying until then—how their advertisements to mark four years in power took a week for bureaucrats to clear, how notices issued in December to deliver rations to doorsteps were pending even in February—seem, in retrospect, to be better chess moves.

That said, the police investigate the AAP with great keenness. Not long ago, a dog was dragged to court—the AAP’s Somnath Bharti’s pet. The idea was to see if Bharti had set his pet on his estranged wife. The animal, it turns out, didn’t att­ack despite expert prodding. The court concluded in Bharti’s favour. Maybe, if AAP-style investigations are launched for each complaint, the general standard of policing would improve for all Delhi.

Heroes Of The Sartorial Wars