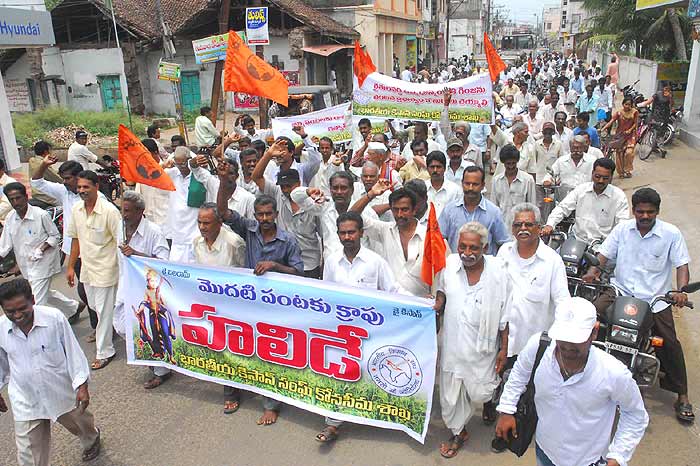 It was the farmer who brought the Congress to power in Andhra Pradesh in 2004 and 2009. Now, it is the farmer who is rising in protest against the government. In the fertile Konaseema region of East Godavari district, farmers have begun a satyagraha of sorts by declaring a crop holiday. The rice bowl of Andhra lies barren, as farmers are refusing to sow paddy on some one lakh acres this kharif season. The protest is against a poor minimum support price (MSP) and difficulty in getting bank loans. They also want input subsidies. Farmers in adjoining West Godavari have also joined in. That makes it 1.5 lakh disused acres in all.