Still Not Gone To The Rats

A tortured love with Patna, leavened with intimacy, is well told, but a misplaced despair for it is just nostalgic myopia 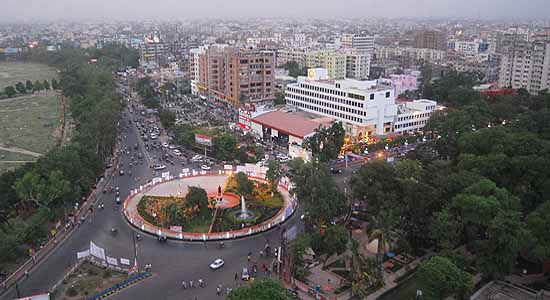 Cities become an integral part of memory. They acquire a human form where, as the poet Masoom Raza put it, kahaniyan jo suni theen yahan pe soti hain. Amitava Kumar’s portrait of Patna is, therefore, understandably a very personal memoir. Patna is where he grew up. It is the city that moulded him, shaped his earliest mem­ories, gave him his first identity, and spun the seminal relationships that could never leave him. Although by now he has lived more out of Patna than in it, and has made New York his home, where he is pro­fessor of English at Vassar College, Patna has not left him. Cities cling on to you irrationally. You may think that you have exorcised them from your consci­ousness, but they survive your betrayal.

Neither Patna nor Amitava have come to terms with this betrayal. Betrayal is a curious phenomenon. It implies both a rejection, and the inability to come to terms with it; a certain kind of liberation, yes, but the persistence of guilt for having sought it in the first place. Amitava hates Patna for not freeing him from its memory; he loves it because this is where, ultimat­ely, he belongs. He cannot forget Patna, and he cannot return to live in it. Both the city and he are trapped in a dialectical inflexibility. It is this framework which gives to this slim volume its melancholic zest.

Through the prisms of his past, richly recalled and often emphatically rejec­ted, Amitava weaves in the history of the city, its political highs and lows, its cultural tapestry, its social undercurrents, its young and their preoccupations, its push for upward mobility and the darker, desperate plight of those who form its underbelly. The narrative is held taut by personal interactions with a host of characters, those who left Patna, those who always stayed, and those who came to it. Each character illustrates some aspect of the city in a manner far more evocative than a mechanical description. The prose is elegant, the introspection insightful and the descriptions vivid.

Must a portrait of an ancient city attract attention by a title that seems to mock the plight of the socially blighted?

But what is this matter of rats? Why is it the title of the book? Surely, Amitava knows that if the Musahars eat rats it is not because that is their preferred meat. For centuries now, they have been at the bottom rung of the Dalits, impoverished, exploited and perpetually battling hunger. Must a portrait of an ancient city attract attention by a title that almost seems to mock the plight of the socially blighted through the detached literary flair of someone who is a casual observer of their conditions, and is probably unaware of the silent revolution for the marginalised unfolding in Bihar?  Ami­t­ava may have left Patna, and still not recovered from doing so, but must his writings about it have this slightest tinge of condescension, almost as if he is writing only with some outside, expatriate audience in mind. Pataliputra, the erstwhile name of Patna, was the seat of India’s first emp­ire, and the cradle of many of its civilisational strengths. It may admittedly have gone through many cycles of decline in recent times but, frankly, this metaphor of the rats for describing it is neither funny nor in good taste, and reflects poo­rly on the author, the publisher and the editor.

What is the relation between perso­nal experience and objective reality? Must they be mutually opposed? Amitava writes: “Don’t people see a city in terms of their own lives.... This thought has taken root in me because I see in Patna’s decline, in its pretensions to development, in its plain dullness, the stark story of middle age and death. It’s all hopeless really—that is what Patna and I are saying to each other”. This could be Amitava’s assessment as som­eone who left the city and finds it has changed beyond his own familiar contours when he visits occasionally from New York. But actually, after a prolon­ged period of decline, when people could not stir out of their homes after dark, and when the city was municipa­lly abandoned, Patna is in the midst of a revival. Everywhere, there are signs of new construction; new suburbs have come up; property prices have skyroc­keted; cultural activity is picking up.  This urban renewal is chaotic, but it also is a sign of new beginnings, of new hope and renewed confidence. Howe­ver, Amitava, caught up in nostalgias­—and, of course, rats—cannot grasp it. That, in spite of being emi­nently readable, is the limitation of this book.