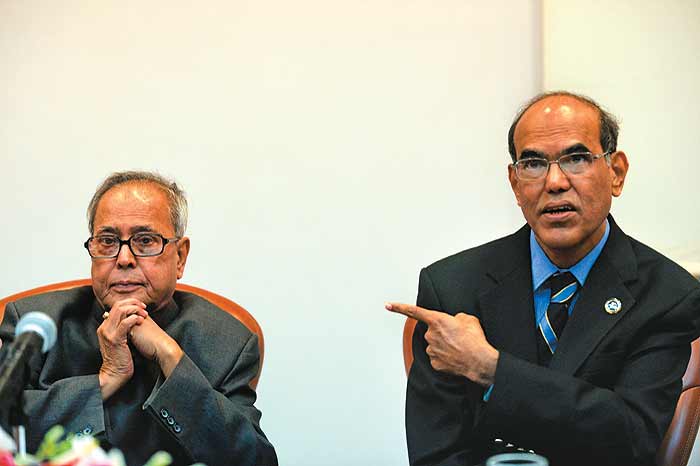 More often than not, clarity emerges at times of immediate distress. Over the past year or so, we have been witness to a game of ping-pong between the government and the Reserve Bank of India over “spiralling” inflation. From the prime minister and finance minister onwards, the government has been claiming that high inflation is a corollary of high growth and has put the ball in the RBI’s court. RBI governor D. Subbarao’s recent statement and raising of rates for the ninth time in 14 months has reinforced that “there is no tradeoff at our levels of inflation” for high growth.

That means two things. Despite repeated claims, the government has failed to control inflation, which still shows signs of reverting to double digits and remaining there for the next six months. And the RBI’s big rate hike reflects how inflation is now hurting the growth story. Scaling down the GDP growth forecast to 8 per cent—a percentage lower than the 9 per cent projected by the finance minister in the 2011-12 budget—Subbarao stated: “If inflation comes down to 6 per cent (by March 2012), then we can get on to a higher growth trajectory.”

Defending the 9 per cent projection, “which was based on January data”, Planning Commission deputy chairman Montek Singh Ahluwalia stresses: “It is reasonable, in light of the subsequent data, to scale it down slightly to 8.25-8.5 per cent.” He, however, adds that growth projections are constantly changing. As such, he states: “We could have a better assessment in September.”

“Investments will be hit if our current policies continue...now, we are also hurting growth.”
B.L. Pandit, Economist, ICRIER

But aren’t we already witnessing signs of a moderation in growth? N.R. Bhanumurthy, of the National Institute of Public Finance and Policy, says: “The industrial sector entered the slow growth stage at the end of November 2010 and is expected to remain there till mid-2011-12 due to high interest rates. Due to the base impact, we can expect recovery from November-December.” In addition, agriculture and public administration, two largely neglected areas, are also expected to see some negative impact. The services segment remains vulnerable to global factors. RBI data reveals that despite the government push, agriculture credit offtake has risen at the lower pace of 10.6 per cent in 2010-11 against 22.9 per cent in 2009-10.

Many experts fear that a rise in the interest rate regime to the pre-crisis level could further pull down investment and business sentiments at a time when the global scenario vis-a-vis commodities and crude oil is not favourable for industries dependent on imported inputs. “We have seen a slowdown in new investment proposals and implementation of ongoing projects in the last 6-9 months. Across the board, the rate of new investment proposals has also come down,” says Mahesh Vyas, managing director of the Centre for Monitoring Indian Economy. That aside, Vyas is optimistic of GDP growth of around 9 per cent in 2011-12—if the land and logistics issues hindering project developments are resolved.

Echoes Shashikant Hegde, ProjectsToday CEO, “The 2010-11 fiscal has obviously failed to record satisfactory gains in project investments. The second half, in particular, suffered a marked rot in project startups. While the fall in fresh investments proposals is worrisome, fewer project completions and higher project holdups add further to worries.”

As 2011-12 is the final year of the ongoing Eleventh Plan period, prospects of significant shortfalls in infrastructure capacity buildups already loom large. Rana Kapoor, Yes Bank managing director, fears that as a consequence of RBI action, “capital formation and the investment multiplier, which has so far not really been impacted, are likely to see an impact in the coming months...up to September”. But Kapoor is optimistic of a pick-up in credit and demand growth around Diwali. Still, the banker forecasts around 7.75 per cent GDP growth, with a credit growth of around 17-18 per cent.

The industry lobbies fear that hardening interest rates could moderate the expansion plans of companies. Already in the wake of the changing global scenario and high interest rates, besides cost factors, many companies like Moser Baer have clipped expansion plans. Innumerable SEZ developers, including the Maharashtra Industrial Development Corporation, have either shelved projects or decided to go slow. In addition, there are several mega projects that are running behind schedule due to land, logistics or fuel linkage issues.

Stressing that investments are becoming more expensive, B.L. Pandit, RBI chair professor at icrier, states: “Investments will be hurt if we continue with our current policies...The monetary policy has limits and now, we are hurting not only speculators but also growth.” While India was witnessing “demand pull-fuelled” inflation early this year—due to a mismatch between demand and supply, we are currently facing “cost push” pressure due to external factors that are likely to persist for some time.

Going forward, there is a need for policy intervention to boost production and reduce the “cost push” factor that is impacting the industry. As energy costs push upwards, the government will have to take a call on how far and by how much it will continue subsidising consumers with a cap on diesel price. The fertiliser subsidy looks set to balloon too.

Moving beyond numbercrunching to reduce the fiscal deficit, the government will have to take a tough call to keep the agenda of inclusive growth on track while ensuring that consumers do not wilt under a high interest rate burden in their quest to own a roof or improve their lifestyles. As things stand, there are many who believe India is set to remain on an 8 per cent growth trajectory for more than a year. The warning bells have been rung, loud and clear.

A year of rising prices is now hurting the growth story 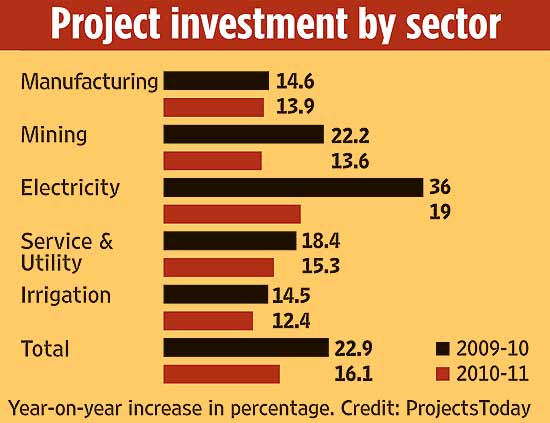