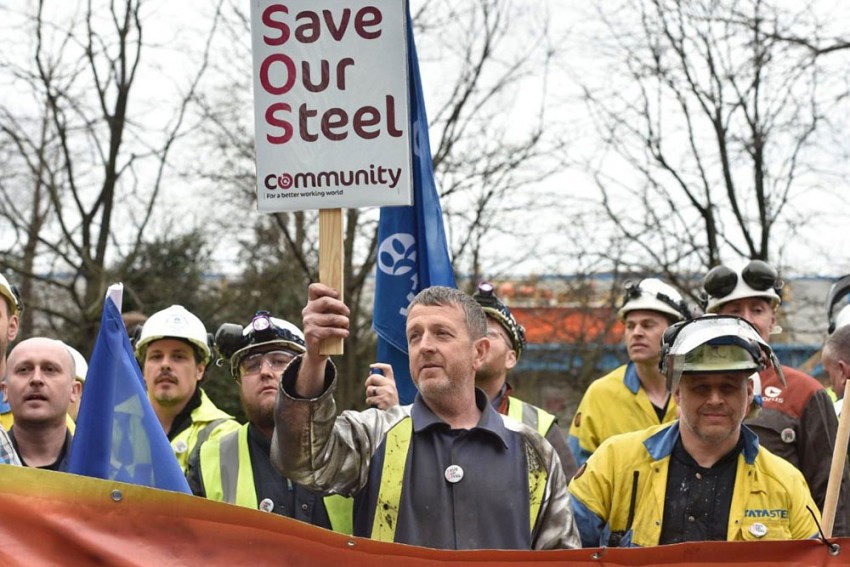 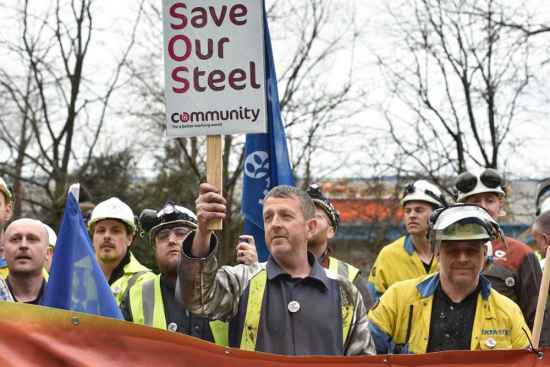 The travails of Tata Steel is a topic discussed all the way from trade union halls in Wales, to rooms full of policymakers in UK. Britain’s steel crisis is so fundamental to the economy and direction the country will take, that the subject was brought up by Prince William during a lunch with the Prime Minister Narendra Modi, during the ongoing tour of India by him and his wife, Duchess Kate.

Tata’s sale of several of its UK long products division to Greybull Capital this week has saved nearly 5,000 jobs but a further 40,000 or so hang in the balance across the industry, after the Indian steel giant said it was planning closure of its UK operations.

An emergency debate was held in parliament, potential buyers are still being lined up, there was talk of part-nationalisation—swiftly retracted, then muddied further— and lurking in the background all along has been China’s power play: dumping surplus steel in Britain and Europe at absurdly low prices, which led to the crisis in the first place. Community, one of the largest steelworkers’ unions, has warned it would be apparent even to a student of economics that if the UK shuts down its steel industry, the prices will not stay so low as China can effectively hold an entire continent to ransom over a material needed for just about every infrastructure project.

As Angela Eagle, the opposition Labour party’s shadow business secretary, told the House of Commons: “We now have the deeply regrettable situation of an aircraft carrier, British surface ships and armoured vehicles all being manufactured in the UK with mainly imported steel, when with more planning our domestic industry could have supplied these needs.”

The past three years have seen a dramatic decline in the use and price of steel, yet Tata’s announcement that it was selling up in the UK has caused panic. The official sale process started on April 11, with Tata hiring KPMG as advisors and the government appointing EY. The interested parties inc­lude Liberty House, run by the metals tyc­oon Sanjeev Gupta; Greybull, which eve­­­­­ntually landed some of the assets; and the German company ThyssenKrupp. The management team at Tata Steel has also welcomed the UK government’s suggestion that it could itself co-invest with a buyer as they will need a lot of financial backing.

Koushik Chatterjee, group executive ­director of Tata Steel, said the company would run a “credible but expedited process” to find a buyer but has so far dem­urred from giving a timeframe. He told a media briefing: “There have been a lot of people who have expressed interest and we are aware of some of the interest that you refer to in the media. But it is a good time where our advisors will now start reaching out, and it is not a few people. I don’t want to give a number, but it is in tens, many tens actually.’

The main plants in the firing line, among others, are at Port Talbot in Wales, which is Britain’s biggest steelworks unit; Rotherham, Corby and Shotton in the midlands and north of England; and Scunthorpe in north-east England, which is already in the process of being sold to Greybull Capital, an investment firm.

While financial incentives from Tata could help procure a saviour for its UK businesses, which are losing at least £1 million a day and have just weeks to secure their future, Chatterjee said the company would not provide a dowry as part of the deal to sell its Scunthorpe facility. Further, it is selling the rest of its assets because it cannot afford the maintenance.

"The fact that the name British Steel, last used nearly two decades ago, is back is probably enough to give the ‘market is god’ cabal the night terrors."

Chatterjee said Tata has offered “financing lines” to Greybull, the investment firm, such as the working capital already in the business. However, when asked about a dowry, he told a press conference: “I think the whole idea is if there was a huge amount of financial appetite for us we would have not taken this strategic decision to sell the UK business.”

Sajid Javid, the UK business secretary, had previously indicated that the British government would consider taking on some of the debt associated with the Port Talbot works. Speaking in an emergency debate on steel at Westminster, he elaborated that the government was open to “co-investing” on commercial terms with a firm buying Tata’s UK steel business.

Javid said: “The key point is that any co-investment would have to be on commercial terms. Investment can take a variety of forms; for example, it could be debt. It’s a demonstration of all the options the government is looking at.’

But his master’s voice, at Number 10 Downing Street, ruled out nationalisation. That was “not the right answer”, David Cameron’s office said. The fact that the name British Steel, last used nearly two decades ago, is back is probably enough to give the “market is god’ cabal the night terrors. British Steel became Corus in the late 1980s during Margaret Thatcher’s privatisation era, and after struggling along for a nearly 20 years it was taken over by Tata in 2006, for £4.2 billion. Heralded as the latest Anglo-Indian deal, the Indian industry titan was welcomed with open arms. Even now the company has seen little censure as it has operated in what is seen as a fairly open and fair manner.

The same cannot be said of Javid, who has come in for a lot of flak during the crisis. Community’s Roy Rickhuss perhaps crystalised the battle ahead in his response to Javid’s plans, “There are still many steps to be taken and yet again we call on the government to match the rhetoric of its ministers with action and to continue to work with us to save our steel”.

What next? The search for buyers continues alongside the hope that the government will realise the importance of ensuring ­domestic production of steel besides saving jobs. As The Guardian stated in an editorial, “If we think the steel industry is important enough—which it is—and if industrial strategy is more than a slogan—and it ought to be—government must intervene to calm the uncertainties in the public interest. This is not a time for dogma. It is a time for a practical rescue plan and an overdue long-term commitment.”

While the entire steel saga has become a test for the Cameron government’s commitment to the country as a producer of anything, critics accuse it of simply not caring that Britain’s manufacturing sector will be ­beholden to foreign powers. 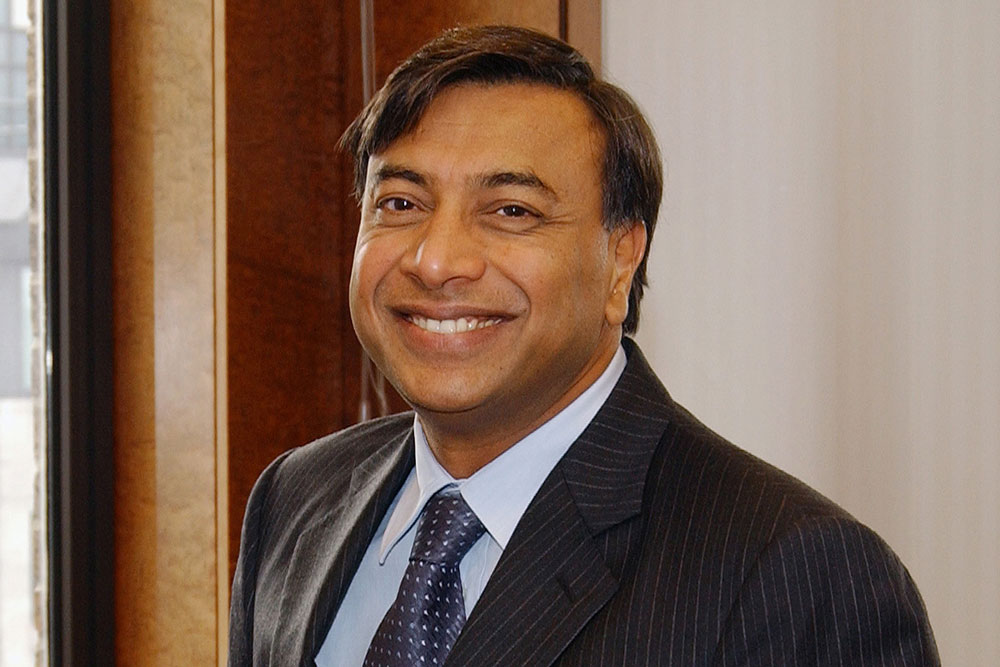 Lakshmi Mittal Based in a Kensington mansion, the Arcelor-Mittal founder is often mentioned in the British press for his opulent parties and for his business savvy. Holding a 20% stake in the London football club Queens Park Rangers as well as plants across Europe, he is at the top of rich lists. 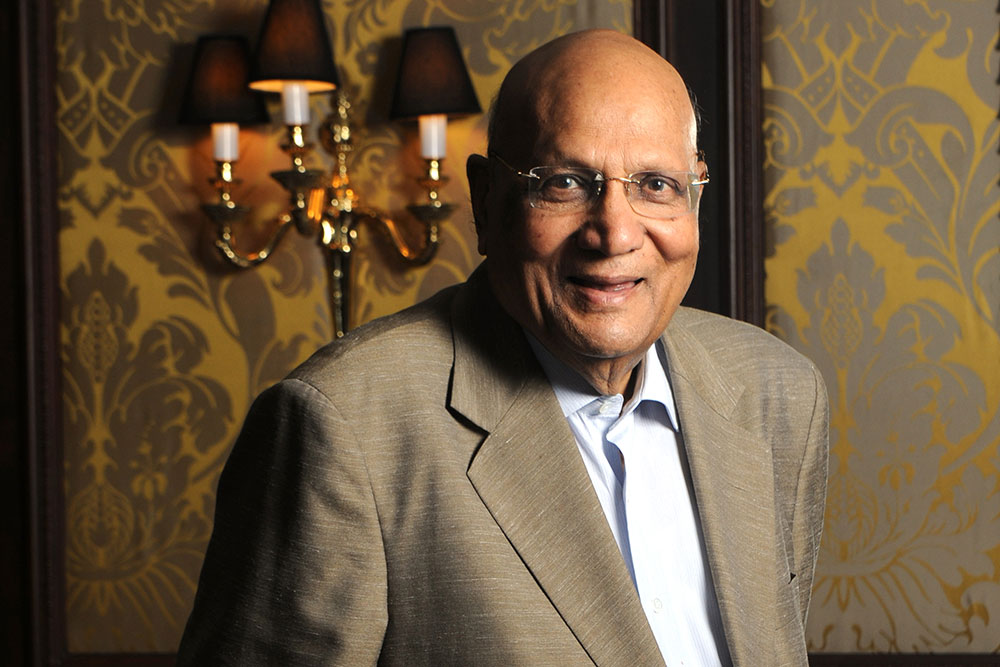 Swraj Paul Lord Paul was made a life peer in 1996 for creating his own company Caparo and making millions by taking it public. He became a political figure in the UK and was heavily involved in track-two diplomacy with India. But the past few years have been rough, with his company going bust and son dying in a fall. 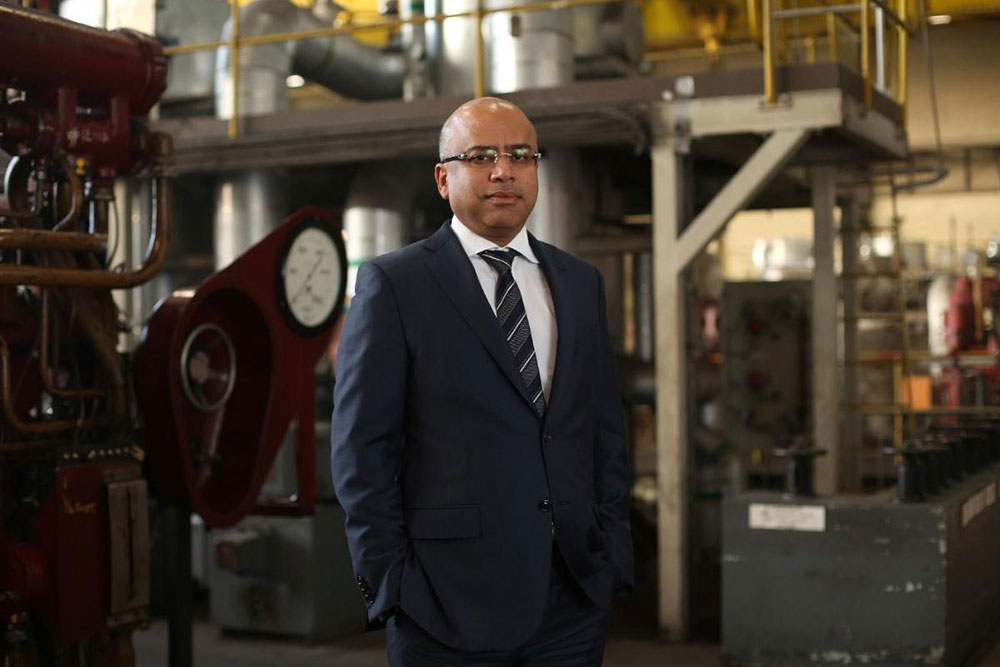 Sanjeev Gupta Owner of Liberty House, the Punjabi-born Cambridge graduate has been making deals and money since he was a teenager, often getting into trouble with teachers and professors. He has dabbled in steel several times and is interested in taking on some Tata ­assets to make them profitable again.