State Of Many States

When lawyers appear for an exam conducted by the High Court, chances of unsuccessful candidates contesting the results exist, points out a senior lawyer. 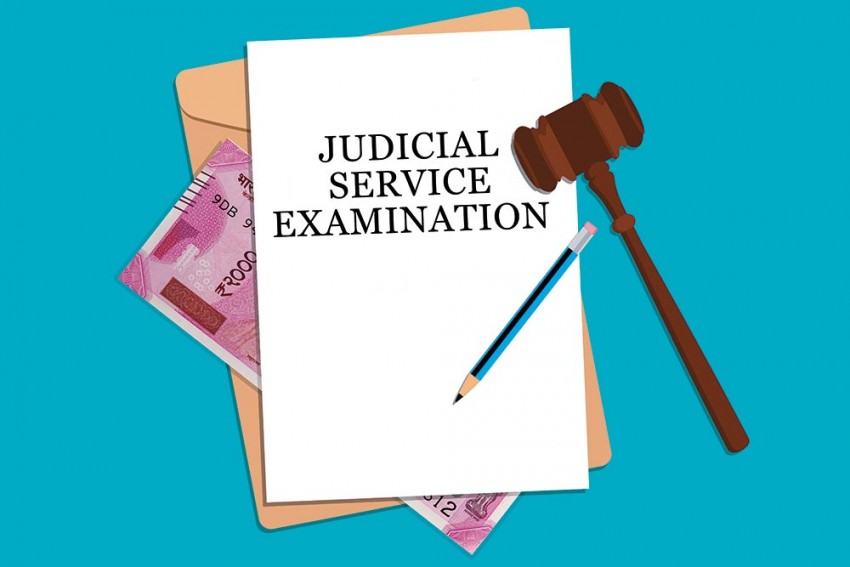 The format is the same across the states, but there is no uniformity in the selection process for a district judge. All states require candidates to qualify written exams followed by an ‘interview’ or viva voce, which is conducted by the chief justice of that High Court and the recruitment committee judges.

Delhi-based advocate Shweta Singh found differences in the interviews conducted by different states. In a recent exam for the Bihar judiciary, cut-off marks for the interview were reduced from 55 to 50 percent. Finally, only nine vacancies out of 99 (83 0f which were from 2012-13) were filled. At the brief interview, the written exam topper got 5 out of 50 and a candidate, already selected as ADJ in Rajasthan, got 2 marks out of 50.

Shweta was pointed out that Bihar didn’t have good schools for her children. She was asked if she would be able to “manage” a 9 a.m-5 p.m job, and why she wanted to leave a law practice in Delhi and why she hadn’t applied for the IAS. Similar questions were put to a candidate who didn’t have the 55 per cent first cutoff but was selected. “She is the daughter of the PA of a former Supreme Court judge,” says Shweta.

In Gujarat,  Shweta scored 18.5 out of 50 in the interview despite ranking seventh in the mains. While 47 were interviewed to fill 43 vacancies, only 13 scored above 20 and were selected. Despite an SC rule, a minimum cutoff mark was added in 2014.

When Shweta and others approached the SC, it held that the objection should have preceded the exam. The arbitrariness failed to impress the judges, who referred it to the Constitution bench.

In Madhya Pradesh last year, a topper in the mains scored 3 marks in interview and was appointed as an ADJ.

In a Kerala case, the SC said bar experience was not required for munsif. Without that, a magistrate will become pliant to the whims of the police and government, say lawyers. They may not question if the police have brought in the actual offender. In 2007, the HC changed the rules after the exams and even gave 20 “moderation” marks to recruits. Six were chosen and started work as district judge, but three were removed and had to re-qualify because rules were challenged and struck down.

A Decade On A 70mm Screen