Guv can do it; Dam shocks; Going it alone; Whither martyrs; Boys club ticket to Moonistan 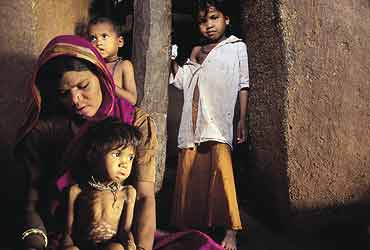 The irony and the numbers are staggering. In the country’s richest state, Maharashtra, around 9,000 children, mostly tribal, have died of malnutrition between April 2003 and May 2004. In the last decade, about 1,500 children have succumbed annually to malnutrition-induced diseases in tribal areas. Strangely, for a state where malnutrition is a virtual epidemic, it also has people like Dr Abhay and Rani Bang, the couple who showed how to tackle the problem effectively in Gadchchiroli and received the Magsaysay award for their efforts. Their model has received much lip service from the state’s political establishment of the day, be it the Congress or Shiv Sena-bjp, but sadly nobody has thought of adopting the Bangs’ model on a war-footing, even in the worst affected 15 districts—among them Amravati, Chandrapur, Nagpur, Nandurbar, Nashik, Dhule and Thane.

But with elections due later this year, malnutrition deaths are suddenly a hot topic. The Opposition Sena-bjp has taken little time in launching their tirade against the government. Their take: the high incidence is due to the present government’s discontinuation of the Nav Sanjeevani Yojana that the Sena-bjp government had started in 1995. On their part, the Congress and ncp say malnutrition deaths had marked each year of the Sena-bjp regime too. Still, the Opposition is primed to embarrass the government for "having the blood of thousands of children on its hands". For now, the Bombay HC has stepped in suo motu, directing the state government to double its tribal welfare spending from the present Rs 530 crore and establish a coordinated mechanism to tackle the issue. Mere funds or medical help or ngo presence is not enough though. The National Family Health Survey says 83 per cent of the state’s tribal children are undernourished. But short of denying the problem and later instituting a "high-level inquiry", CM Sushilkumar Shinde has done little.