X and Y didn't make the news, Zee did it; The bomb that blew on their face; When the script got botched; Weighing a deadly anchor; Which side are the conservatives?; And a shotgun wedding. 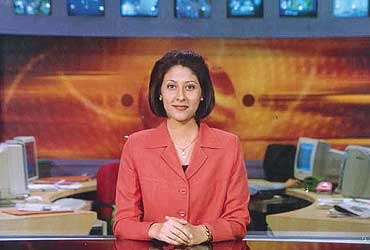 DELHI
X And Y Didn’t Make News, Zee Did It
Zee News, which was seen to be lagging behind in its viewership, seems to have suddenly perked up. Today, it’s the most watched news channel in Delhi. The latest TAM media ratings in the news bulletin, headlines and news magazine category puts Zee News ahead of all other channels, including rival Aaj Tak.

Zee News held three of the top five spots in the capital with its News at 9 being the most watched news programme, winning a trp of 2.13. The channel won the first, second and fourth positions with tvrs of 2.40, 1.91 and 1.54 respectively. The ratings are for the week beginning October 27.

That’s not all. Zee’s Wheelocity, according to a company press note, has been rated the third most watched news magazine programme. And that’s not all, the channel has more cause for cheer. The two programmes ahead of it are BBC’s Smart Minute and Asia Today. Says a Zee official: "While other...