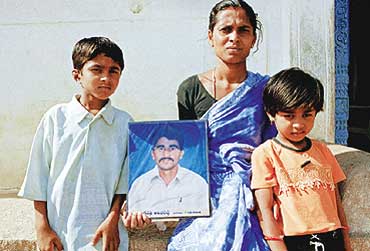 outlookindia.com
-0001-11-30T00:00:00+0553
The question was not whether privatisation is good or bad; the question raised by this report from the British charity, Christian Aid, was about life and death. "Unfettered privatisation", it said, had contributed to suicides by more than 4,500 farmers in Andhra Pradesh. And that the abetment to suicide came from the privatisation policies of the previous Chandrababu Naidu government, paid for by the Department for International Development (DFID) of the British government.

The report—The Damage Done: Aid, Death and Dogma—traces an indirect but what it sees as an inexorable link between British aid and Indian deaths. The Naidu government set up an implementation secretariat (IS) within government to 'reform' state-run enterprises "which effectively meant to cut them or to privatise them," author of the Christian Aid report John McGhie told Outlook. "This was a task considered so sensitive that Indian civil servants were not allowed to do it, and it was contracted out to the UK government, which in turn contracted it out to the London firm, Adam Smith International (ASI)."

The ASI, paid for by the UK government, went through many state-run enterprises to see "which ones should be allowed to live, and which ones should be privatised," McGhie said. This resulted in the loss of 45,000 jobs "but crucially they also cut organisations like the Andhra Pradesh Seed Development Corporation, or restructured it so much that it became almost non-existent."

While acknowledging that "every suicide case is unique and there are a multiplicity of causes," McGhie said many of these organisations, now privatised or shut down, were a lifeline that poor farmers relied on. "At a time of crisis they had at least this support system to go to, to get help on seeds, water, and this was cut from under their feet by an organisation in the Andhra Pradesh government, paid for by the British government." McGhie said this "caused a crisis of debt which spiralled into a crisis of suicides."

The report, made public earlier this month, says the business consultancy firm McKinsey laid the foundation for developments to come through its 'Vision 20-20' strategy spelt out in January 1999. Under this 'vision', 30 per cent of the agricultural population, about 20 million in all, were to be shifted to other sectors. "Agriculture was to become agribusiness," the report says. 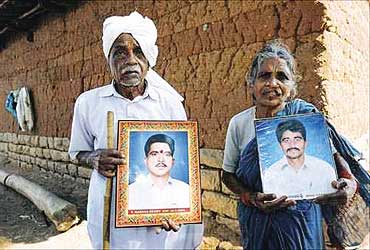 In 2001, DFID gave 3.1 million dollars to help set up the IS, and ASI began to jet consultants in and out of Andhra to restructure the public sector enterprises. Until May 2004, when Naidu was voted out, the report says the IS was "immersed in a whirlwind of privatising activity."

But the most significant was the restructuring of the Andhra Pradesh State Seeds Development Corporation, the report says. "When it was allowed to function properly, the seed corporation served as a vital regulatory mechanism for the whole seed market," the report says. It helped maintain prices and the quality of seeds. The quality crashed and the prices soared after it was restructured so severely that it became ineffective. The report notes that the Indian Council of Agricultural Research had said in 2000 that this corporation is "recognised as one of the better-managed seed enterprises in the country."

The ASI does not of course see it the Christian Aid way. This institute that set up its first permanent branch office outside of London in New Delhi, says its 'reform' programme in Andhra Pradesh was rated the best reform project in South Asia by the World Bank. The last Andhra government, it said, set out on an ambitious programme "to reduce the state's dependency upon agriculture and foster in its place an efficient high-tech economy together with a modernised civil service." State-run enterprises had deteriorated to become a burden on the state, and ASI supported the implementation secretariat "in evaluating which enterprises needed to be restructured, which needed to be privatised and which needed to be closed. The IS and ASI then worked together to bring these recommendations to fruition." Sacked workers found other jobs or a safety net, and the privatisation brought the Andhra government 110 million dollars in revenue and 300 million dollars of saving.

DFID says that far from causing 4,500 suicides, its support for reforms helped safeguard two million livelihoods. The money spent on subsidising state-run enterprises became available, it argues, for sectors such as health and education. Britain, it said, "does not support unfettered free trade or forced liberalisation."

Champions of privatisation said the Christian Aid report was misguided. "If you're a developing country, as India is, you can't waste money on state-run enterprises that post a loss each year," Alex Singleton from the London-based Globalization Institute told Outlook. "Privatisation in Andhra Pradesh hasn't got anything to do with suicides in that part of India. The likely reason there have been suicides is that there have been two years of drought, and those have been the two years that have had the highest number of suicides." And still, not that high, he said. "The level of suicides in India is much less than in the United States, in Western Europe, in Russia, or China, in fact in much of the world." 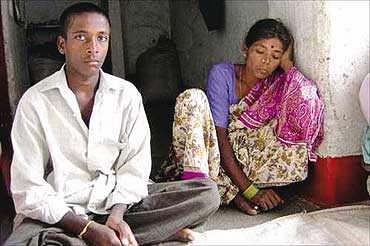 In September last year the new Andhra government set up a Commission on Farmers' Welfare "to look into the agricultural crisis in the state, manifest most glaringly in farmers' suicides." Its findings presented last month are in line with the Christian Aid report, though its critics say that given the ideological slant of its composition, they would be.

"Essentially what we found is that the suicides are linked to agrarian distress," Prof Jayati Ghosh from Delhi's Jawaharlal Nehru University who chaired the commission told Outlook. "The desperation of farmers who are unable to access fresh loans in a situation where their cultivation is no longer viable brings about these extreme measures." 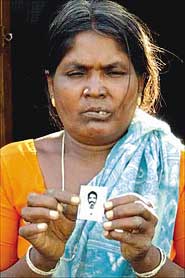 The commission, she said, found many areas "which were a major failure in public policy, almost all of which were related to the nature of state intervention." Many of the systems that protected farmers earlier had been dismantled. "In all these areas where the state had previously played some role in providing protection, those forms of protection have been removed, farmers have been exposed to international competition, and yet domestic input prices were rising and they were unable to cope."

What was called aid became a joke in Andhra Pradesh, Ghosh said. "In many rural areas of Andhra Pradesh, aid is seen as an instrument to beat the poor. They really see it as the government taking some kind of loan and then using it as an excuse to carry out all kinds of policies because they have been told to implement these as conditions for aid."

And yet while the Naidu government is gone, the cases of suicide continue at about seven a day, and are even rising at places.Supporters of privatisation see this as evidence that the suicides had nothing to do with the privatisation programme. Ghosh says this is not surprising "because the government is now recognising them as suicides." Many earlier cases were not recorded as such, she said. "Farmers were required to pay Rs 5,000 for an autopsy, and the police discouraged many families from recording many of the deaths as suicides." 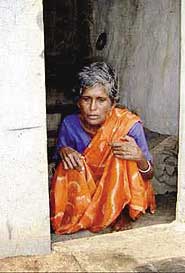 Andhra farmers are now encouraged to report suicides and families in distress as a result of suicides are paid up to Rs 1.5 lakh compensation. It will take time for the damage to be undone, she said. "It is very easy to break institutions, and they have all been broken, and it will take a long time to rebuild them." But the new government is changing direction, she said.

For groups like DFID, that means the pace of reform is slowing down. "The democratically elected Congress government," P.V. Satheesh from the Deccan Development Society, an ngo, told Outlook, "wants to implement that democratic agenda, but DFID now says you are not reformist enough and we want to go back. This is duplicity."

The state government itself is under pressure "built around them by the economic media, by the chambers of commerce, and by the elite of the country, which is so powerful that they cannot back from the reformist agenda," Satheesh said. And the farmers are up against a middle class "obsessed with IT, cricket and fashion shows." That difficulty inevitably extends beyond Andhra. The state may seem the worst for now only because one way or the other people are talking about it.