A sensible film full of heart and humanity. 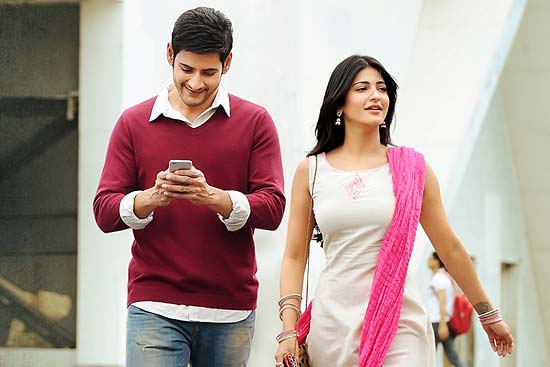 In an industry where weaving a story to suit the image of an A-list star is common, Mahesh Babu’s latest, Srimanth­udu, takes a different cou­­rse. Mahesh Babu, of handsome mien and an ability to pull off intense roles, is stripped off his stardom; the audience is offered an actor who is in complete control. The film tells the story of Harsha, the son of a billionaire, who adopts a village and finds solace in the process.

A simple tale then, and the plot of a hero solving others’ problems has been a staple of Telugu cinema. In Srimanthudu, filmmaker Koratala Siva and Mahesh Babu stay honest to the story without falling prey to needless ‘entertainment’. While S.S. Rajamouli’s Bahubali pulled off the feat of being accepted across India thanks to its universal theme, the soul of Srimanthudu lies dee­ply rooted in Telugu culture and issues plaguing the hinterlands of the two Telugu speaking sta­tes. A case in point—a big chunk is devoted to depi­c­ting life in a remote village being ravaged by mass migrations due to lack of livelihood.

While Mahesh Babu does his best, he’s ably supported by vete­ran actors Rajendra Pra­sad and Jagapati Babu, who bring aut­henticity to their roles. Shruti Haa­san delivers a fine performance, on her character lies the onus of chan­ging the course of the narrative. The film might lack a big-starrer firepower, but by letting go of such conventions, what we get in the end is a sensible film full of heart and humanity.