Squint Eye On The Postcard Boys

Can a government be serious about controlling the flow of fake news when its own supporters are among the main originators of misinformation? 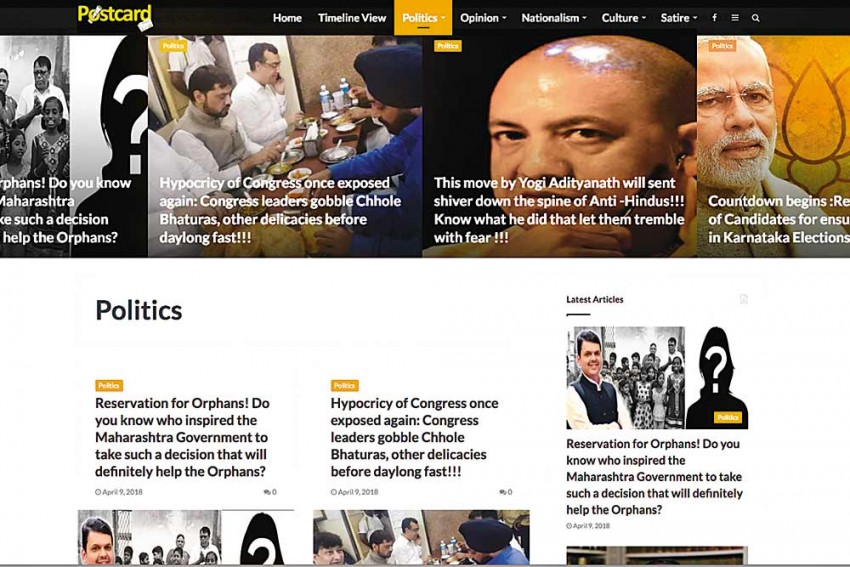 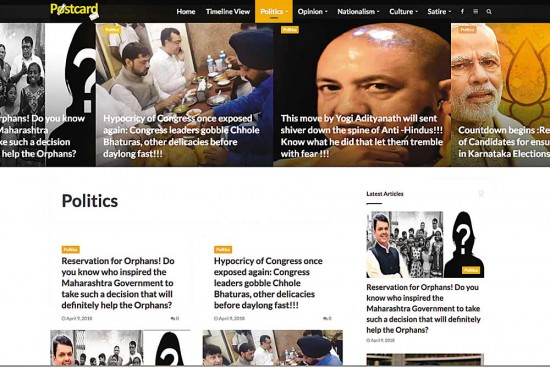 Had it come a day earlier, it could have been dismissed as an International Fools Day joke. But the ever-ebullient Smriti Irani, who now presides over the ministry of information and broadcasting, was deadly serious about the April 2 guidelines to check the spread of fake news—and she made it clear in a series of tweets.

The guidelines were brought in as amendme­nts to the rules governing accreditation of jou­rnalists. Actually, they created a law that laid down the procedure to investigate complaints relating to fake news and prescribed the punishment to be awarded to the offenders. The law was beset with several problems. One of them was it assumed, without any justification, that the offenders will be accredited journalists. It is well known that fake news originates and circulates mainly on social media platforms, whose personnel are not entitled to accreditation.

The guidelines entrusted the task of investigating complaints to the Press Council of India and the News Broadcasters Association. The PCI is a body authorised by law to look into complaints against print media and print journalists. The NBA is one of two bodies set up by electronic media organisations, in the name of self-regulation, to look into complaints against TV channels. As former PCI chairman Justice Markandey Katju has said, self-regulation is no regulation. In any case, the NBA’s authority does not extend even to the entire news television segment. Social media organisations, the fountainhead of fake news, do not have a regulatory authority, statutory or non-statutory. The government’s arm that deals with them is the cyber police.

During WW II, the Viceroy’s office in India had imposed a press censorship using a body of newspaper editors in the country.

In less than a day, the ministry withdrew the guidelines, reportedly on the orders of Prime Minister Narendra Modi. The Editors Guild of India, Press Club of India, Indian Women’s Press Corps, Press Association and the Fede­ration of Press Clubs of India welcomed the retr­action. They conceded there was room for reform of journalistic practices, but felt a solution to the fake news problem did not lie in the government imposing restraints on the media.

The withdrawal of the amended guidelines does not mean the government has abandoned plans to introduce new game rules under the cover of fake news regulation. According to a news agency report, on April 4, the I&B ministry set up a ten-member committee, with its own secretary as the convenor, to recommend an “appropriate policy formulation for online media—news portals and online content platforms, including digital broadcasting, that enco­mpasses entertainment, infotainment and news and media aggregates”. Its members inc­lude the secretaries to the ministries of home and electronics and information technology and the departments of legal affairs, and industrial policy and promotion as well as representatives of PCI, NBA and the Indian Broadcasters Federation, the other non-statutory self-regulatory body of TV channels.

The committee’s terms of reference and composition—notably the preponderance of bur­eaucrats in it—suggest that the government is seeking a mechanism that is wider and more powerful than the PCI. Some news channels are even more enthusiastic purveyors of fake news than shady portals but that does not seem to bother the government one bit. It is quite happy to accept self-regulation in that sector. The reason is not hard to guess. Ownership of television channels is concentrating in the hands of a few corporate entities that are friendly to the government and the lions that roar in the studios are ready to purr and crawl in front of aut­hority. The rigorous exclusion of media professionals from the committee that is to evolve a mechanism to deal with news, opinion and entertainment platforms raises suspicions about the government’s motives.

Can the Modi administration be serious about controlling the flow of fake news when its members and supporters are among those who have been identified by fact-checkers as originators and disseminators of misinformation? Just four days before the I&B ministry issued the fake news regulation, the Karnataka police had arre­sted Mahesh Vikram Hegde, founder-editor of Postcard News, a pro-Modi website, on a charge of circulating a false report alleging Mus­lim youths had attacked a Jain monk in Banga­lore. Hegde also posted a picture of the injured monk in social media. Police said the monk was inj­ured in an accident.

On declaring Emergency, Indira Gandhi enlisted the support of The Hindu’s G. Kasturi, as the editors’ body had lost all authority.

Several BJP leaders, including Union minister Anant Kumar Hegde, rushed to the defence of Mahesh. Pratik Sinha of AltNews, a leading buster of fake news, in a report published last May had identified Postcard News as a mass producer of fake news. He backed up the assessment with a partial list of eight false stories it had circulated. Incidentally, Modi and several of his Cabinet colleagues are among Mahesh’s Twitter followers.

The I&B ministry had been working on the idea of regulation of all online activity—not just fake news sites—for some time. In a channel programme last month, Irani had revealed that the government was planning to put in place “a regulatory framework for social media and online content”. But she was unclear about its form and content. Irani said the government would come up with a “code of conduct or legislation” and it would be incumbent upon all agencies to follow it.

One of the grave weaknesses of the current media scene is the absence of credible profe­ssional bodies. While the good intentions of the Delhi-based organisations that come alive at critical moments are not in doubt, their representative capacity is questionable. Back during World War II when press censorship was imp­osed, the viceroy’s administration had the good sense to act in consultation with the All India Newspaper Editors Conference, headed by Kasturi Srinivasan, the widely respected edi­tor of The Hindu. It was the censorship rules of that period that Indira Gandhi activated when she proclaimed the Emergency. The AINEC no longer commanded the authority it once had, and she sought to make up for it by enlisting the support of G. Kasturi, Srinivasan’s successor at The Hindu. Shades of the colonial traditions of media regulation are once again visible with even less professional banking.

The fake news regulation that was quickly withdrawn was a half-baked item from the I&B kitchen, served as a starter. Now there may be no more starters. So we have to wait and find out what the main course tastes like.

(The writer is a political commentator.)