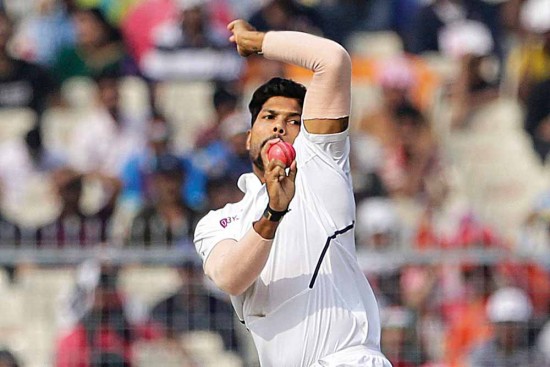 In 2006, Sharad Padhye, then joint secretary at the Vidarbha Gymkhana, heard that there was a boy who bowled real quick. His club promptly drafted the young man for their next A-division match of Guzder League. Although he took a solitary wicket, his overall performance impressed Padhye.

More than a decade later, Umesh Yadav’s bowling chops continue to impress. In the just-­concluded two-Test series against Ban­gladesh, Yadav, an Usain Bolt fan, bowled with speed and venom. With 12 scalps, he emerged as the top wicket-taker along with Ishant Sharma and India became the first team to register four successive Test wins by an innings.