With success, Mahendra Singh Dhoni’s fortunes have upwardly mobile. The former Indian captain gave India a spot among the highest earners in sports and continues to match the likes of Virat Kohli, dollar-for-dollar. 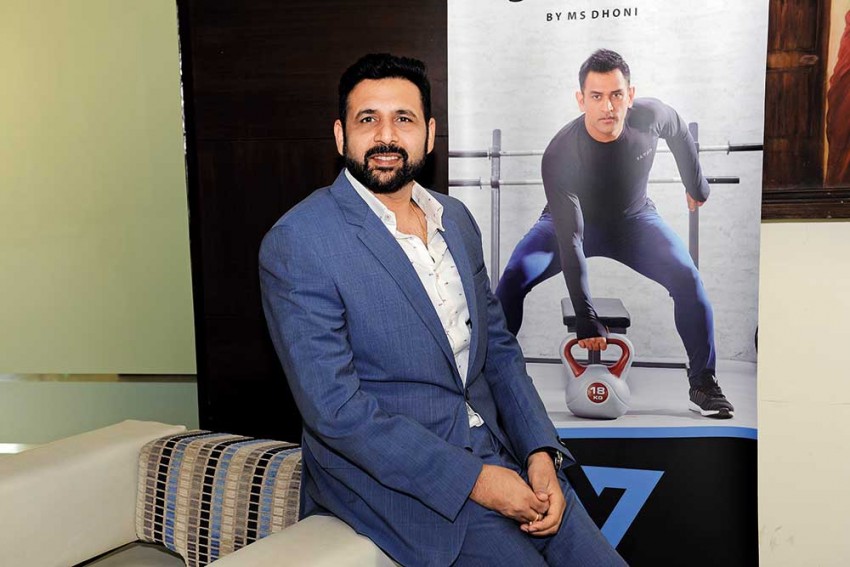 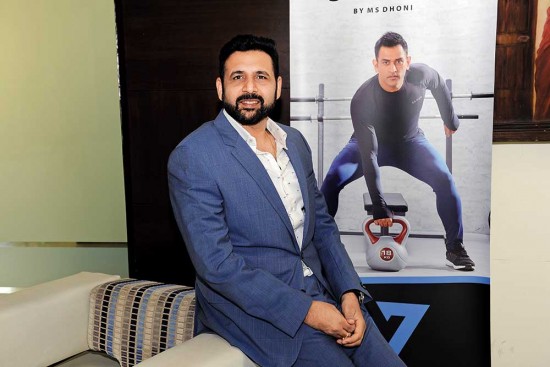 From his gobsmacking pyrotechnics with bat and acrobatics behind the stumps to endorsing products, everything about Mahendra Singh Dhoni is atypical. After lending many products his great prestige and charm and boosting their sales over the years, ‘captain cool’ is unstoppable still. Quite oddly, in the autumn of his illustrious career, his demand as a brand is growing.

In the last year or so, advertisers are apparently seeking more of the talismanic Dhoni, says Arun Pandey, his manager and a former Bihar Ranji teammate. “Dhoni is presently endorsing 27 products. The only other time he endorsed so many brands was between 2010 and 2012 [when he was India captain across three formats]. In the last 15 months, he has signed 21 endorsement deals—12 new ones and renewed nine. He is in demand because people sign him as ‘Brand Dhoni’ and not just as a cricketer,” says Pandey, chairman and MD of Rhiti Group, which manages 37-year-old Dhoni.

Verily, Dhoni endorses almost everything of daily use—from Colgate to Exide Life Insurance; from Mastercard to Orient fans. The man who is superstitious about No. 7—his India and CSK jerseys bear that number—is also into charity and a fitness-and-lifestyle chain. Dhoni and Rhiti bought equity in hoc­key franchise Ranchi Rays and football’s Chennaiyin FC.

To compare with the other cricketing superstar, Kohli has 21 deals, though he reportedly charges more than Dhoni. Kohli’s advantages are many: he is younger, has an aggressive image, and is India captain.

Pandey lists the reasons for Dhoni’s continuing clout: “He’s practical, humble and his expectation from others is zero. His thinking is, what’s right is right. Also, he’s emotional and sensitive. He’s the first Indian sportsperson to cross Rs 100 crore in annual earnings in 2012”. Before Pandey launched Rhiti Sports in 2007, he and celebrity management firm Mindscapes jointly sig­ned Dhoni for Rs 200 crore in 2010. Before Rhiti, Gameplan and then Mindscape Maestros had managed him. “When Rhiti signed Dhoni he was doing well and was earning Rs 25-30 crore a year. After he joined us, the number of his endorsements shot up and he star­ted earning between Rs 60 crore and Rs 70 crore a year,” points out Pandey.

Some of India’s top marketing/advertising experts agree on Dhoni being one of the biggest sports brands India has produced. “He’s the story of the century; a real hero. He came from a small town; he was not rich, and had long hair. But he broke all the rules. He grew rapidly through his performances, by taking responsibility and showing cha­­r­­acter. Everybody wants to be associated with him, especially as a brand, as he brings so much value to a product,” Prahlad Kakar, leading advertising film director, tells Outlook. Kakar has shot around five commercials with Dhoni.

Says Sam Balsara, chairman and MD of Madison World: “From a small-town boy to captaining the Indian cricket team and lifting the World Cup[s]—these are what dreams are made of for millions. He leads from the front.... At 26 years, and against all odds, he led the team to the T20 World Cup in 2007.”

Manish Porwal, MD, Alchemist Marketing Solutions, places Dhoni alongside legends Kapil Dev and Sachin Tendulkar. “These are people who go beyond their cricket careers. They’ve crossed that proverbial last barrier. Dhoni is known to be captain cool—a great leader, a great strategist. Any brand looking for popularity and these attributes at one place will want Dhoni,” Porwal tells Outlook.

It was Dhoni’s increasing popularity and the 2011 World Cup triumph, sealed with that nonchalantly struck six, that made Pandey think about making a biopic on him. Instead, he received 10-15 proposals, including from Discovery, for a documentary.

“I was only interested in a biopic. For that, Eros and Viacom were in the fray. But I signed with Fox because of its wider reach. I felt that even in countries where cricket was not played, people would come to know about Dhoni. Dhoni: The Untold Story was initially released in 80 countries and later in 40 more. It’s the first film ever made on an active athlete,” claims Pandey. Forbes says Dhoni made $3 million from the film.

Dhoni is immensely popular, his charm cutting across regions, religions, gender and class. Last week, when he hammered a 43-ball 58 in CSK’s last-ball-six win over Rajasthan Royals, he got more vociferous support than any local Royals player. “He’s a character; he unites India; and has easy connect with every family. He’s so popular in cricket-playing countries that if he dec­ides to settle down in Pakistan, he could become its prime minister,” says Pandey about his friend of 20 years.

Even the IPL betting-spot-fixing controversy in 2013 and his surprise retirement from Test cricket next year made no impact either on ‘Brand Dhoni’. “You can say there was a temporary question mark, but largely ‘no’, because he was able to hold his own.

It [the fixing blame] never came on Dhoni; there are some people who go beyond these things,” feels Porwal. Pandey remembers that trying period when the Supreme Court banned CSK for two years. “Every single brand said ‘we are with Dhoni’. All his deals not only remained with him, but were ext­ended as well.” Dhoni was, however, hurt by the CSK ban, as he reveals in the now-streaming ‘Hotstar Specials’ series on him, Roar of The Lion.

Like a wounded lion itself, CSK made a roaring return under Dhoni last year to win its third IPL title. After these late-career flourishes, exp­erts predict a bright post-retirement life for Dhoni. “He’s right up there with global icons. He should continue to dominate the scene for at least three years,” says Balsara. Kakar goes further down the pitch. “It’s [Dhoni’s appeal for advertisers] for life, if he’s handled properly by his managers; he has a ‘life’ for life. He won’t cease being an icon. People will remember him for a 100 years,” he says, confident that the brand will continue to sell ­be­yond the use-by date. Count that as the helicopter shot that lands in the second tier of the grandstands.

MS Dhoni: Why No One Can Predict The Future of This Cricketing Superman