Yohan Blake, the youngest ever world 100 metres champion, blames coach Glen Mills for not letting him challenge Usain Bolt enough number of times. Was Bolt scared of losing to Blake, his training partner? 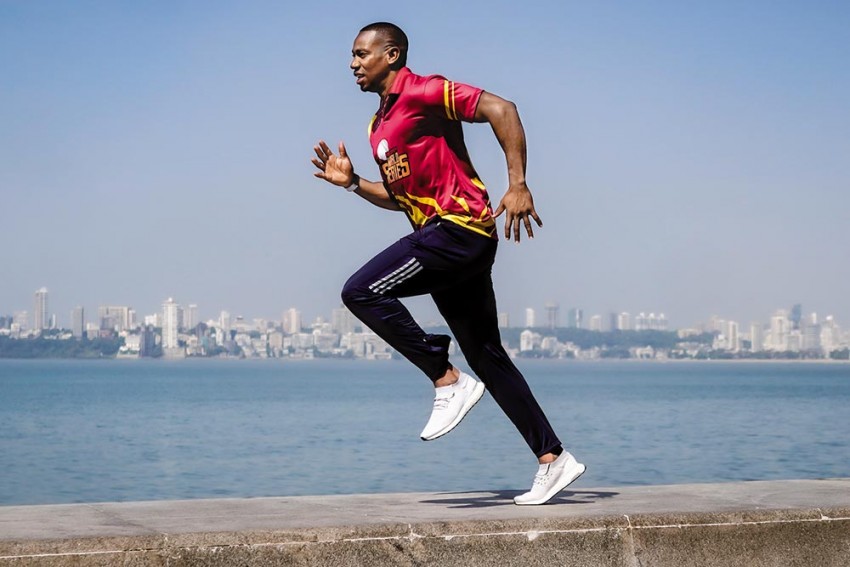 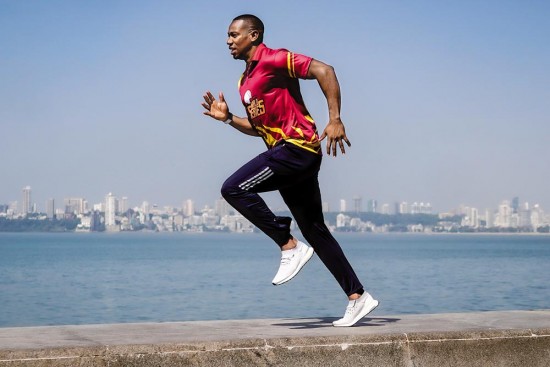 Planet Earth’s second-fastest man, Yohan Blake, wants Indian motorists to practise lane driving. The Jamaican, who became the world’s youngest 100m track champion at the age of 21 years and 245 days in 2011, was in Mumbai to promote road safety through a T20 cricket tournament to be played among legends of India, Australia, West Indies, South Africa and Sri Lanka in February next year. Blake, whose first love is cricket, has four Olympic sprint medals, including two with the Jamaican 4 x 100m relay quartet that included the irrepressible Usain Bolt. Clocked in 2012, Blake has a personal best of 9.69 seconds in 100 metres. Together with Tyson Gay, Blake has the second fastest time--19.26 seconds--in the 200m. Only Bolt has run faster. In an exclusive chat with Soumitra Bose in Mumbai, Blake, for the first time, spoke on his complex relationship with training partner Bolt, his dream of winning gold in Tokyo 2020, the politics of doping and what it means to have an Olympics minus powerhouse Russia. Excerpts:

Your first trip to India is for a big cause—1,50,000 people lose their lives in road accidents every year here.

Feel blessed that I was asked to come and promote road safety. I got a feeling of the roads when I saw clippings of the cities that hosted IPL matches. London 2012 was my first Olympics and it was jam-packed, but India is at a different level...you only see cars, bikes and a stream of human beings moving in all directions. It’s horrifying. The Mumbai traffic is crazy.

You started your life as a cricketer and want to end as one. Usain Bolt wanted to play professional football after retirement but failed miserably….

That’s Bolt’s problem. I am seriously good as a cricketer (pacer) and want to play franchise cricket after I quit athletics (Blake is a Royal Challengers Bangalore fan). India is a perfect destination. I have plans to start my academy here and there are surely a few sprinters among a billion people. You just have to find, train and show them the beauty of sprinting.

Your athletics career is quite tumultuous. 2011 and 2012 were your best years. You’ve not been able to produce those magic moments again.

There have been a lot of ups and downs and injuries got the better of me after 2012. Now I have a new coach in Gregory Little (former Jamaican 400m hurdler) and it has been two weeks that we have started training and things are going according to plan. Gregory understands my body. 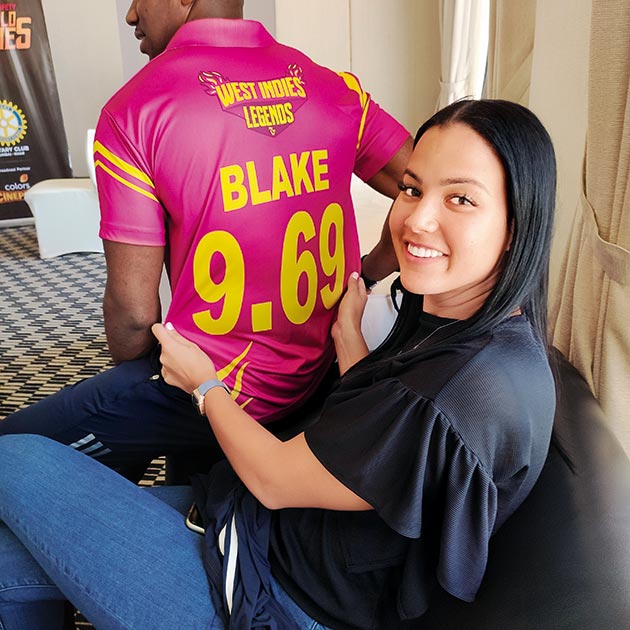 The 9.69 seconds that changed Blake’s life­—new girlfriend Laura Pearson cannot be happier to show that piece of history.

Bolt called you the ‘beast’ for your ability to train hard. Given your recent performances do you think winning the 100m gold at Tokyo is realistic?

Definitely, that’s the aim. I am dangerous when I am training and you can probably see something greater than the ‘beast’ in Tokyo. There is a lot of pressure as an Olympic gold is much bigger than a World Champ­ion­ship gold. Even if I don’t win, it will be my last Olympics.

Will it be any easier since Bolt won’t be around?

People are looking for the next exciting talent. Current world champion Christian Coleman, Fred Kerley, Michael Newsman…these are the new boys coming up. Just take Bolt out of the equation and you still have good sprinters. I am looking forward to facing these very exciting runners.

“The way the US is covering up for Coleman with WADA, it’s madness. They ‘look after’ their athletes very well.... The sport is dying a little.”

You and Bolt trained under the same coach (Glen Mills) for years. It seems you have lived in the shadows of Bolt.

We trained a lot but didn’t race as much; the coach didn’t make us do that. Bolt was different. When we were taking two strides, he was taking one, that’s how good he was. Bolt alw­ays wanted to win and thought nothing can break him. I knew I could have broken him but a lot of tra­ining mix-ups happened, it’s a long story.…

Tell us a bit of that long story.

I do regret not competing against him as much as I had wanted but it’s not my fault, it’s my ex-coach’s fault. But that’s behind us and I am looking to the future. When that guy Bolt is dominating you, it is not easy to emerge from his shadow. When I won the world championship in Daegu (Korea) in 2011, clocked 19.26 in Brussels and timed 9.69 in Lausanne in 2012, I created my identity.

Justin Gatlin won a world championship medal at the age of 37 in Doha. Do you think Bolt retired early at 31? Can he make a comeback?

Don’t think so. Bolt said he has achieved everything possible and he pulled up in his last race (relay) in the 2017 World Championship at London. A Brian Lara scoring a Test hundred and running 100m under 10 seconds is not the same. One has to train continuously for years to keep pace in athletics.

Athletics is getting a lot of bad publicity because of doping. It looks like a world war among US, UK, Russia and of course, WADA.

Yes, indeed. It’s like match-fixing in IPL. There is a lot of politics and people are covering up for people. The way the US is covering up for Christian Coleman with WADA, it is madness. They ‘look after’ their athletes very well, let’s say that. They just don’t want their country to look bad and that’s why all this politics. The sport is dying a little. After the doping scandal, the sponsors are backing out.

The big coaches are under the scanner. Four-time Olympic champion Mo Farah splitting with his Cuban coach Alberto Salazar in 2017 sent out wrong signals.

Everything in the dark comes out in the light and there is a lot more that is going to come out. It’s only a matter of time.

Why are sprinters always in focus? It has only gone worse after the Ben Johnson scandal in Seoul 1988 Olympics.

It’s just that everyone is trying to get faster and do everything to break the 9-second barrier. That’s the new high and youngsters are falling into the drugs trap easily. And there is pressure from the sponsors. They alw­ays want you to remain in the top five and run a certain number of races when they pay you for an entire season.

Can you think of an Olympics minus Russia?

That’s an interesting topic. They have always produced good runners. They are fighting for it (to stave off a ban) and hopefully it will come true. There are a lot of fair athletes and they are very good in a lot of things. They must be in the Olympics.

Tokyo will be all about gender equality. More women’s events have been added. Is that a fair call?

Very stupid decision. It’s all right to promote women but not this way. God made men to be stronger, then why stop us from running? World athletics has dropped the 200 metres from the Diamond League in 2020. Sebatian Coe (world federation chief) is killing the sport to accommodate commercial interests. That’s just crazy.

1200% Rise In Sexual Assaults, But Who Cares? Even Af, Pak Are Safer Than India For Women