Bodyline 2.0: Why Jofra Archer, Jasprit Bumrah Are 'Freaks' On The Expressway

Despite protecting almost every bone in their bodies, batsmen are finding it difficult to handle tearaways like Jofra Archer and Jasprit Bumrah. Why are they special? 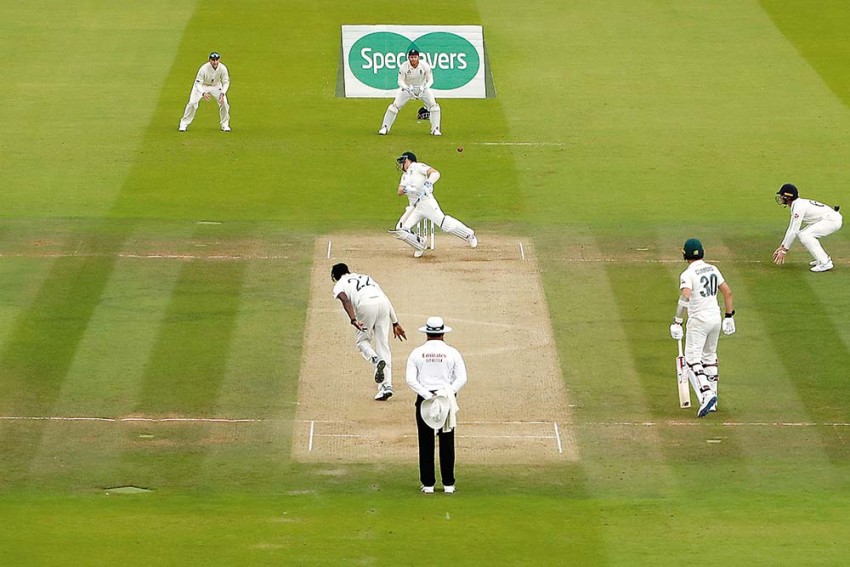 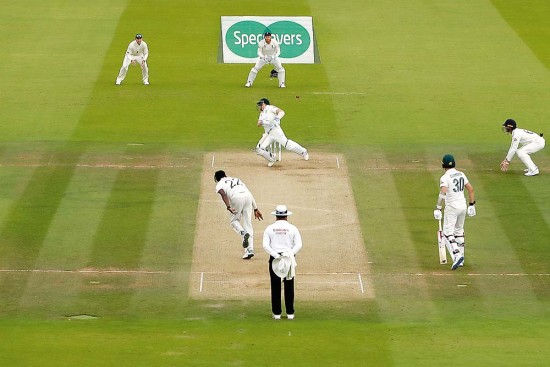 In a throwback to when fierce fast bowlers bestrode the cricketing scene, intimidating entire line-ups of cowering batsmen, cric­ket has been all fire and brimstone ever since the first ICC World Test Championship started with the Ashes. Even as England found a new talisman in Jofra Archer, it was Ben Stokes’s once-in-a-generation heroics (a calculated, yet devil-may-care, unbeaten 135) that scripted England’s series-levelling victory in the third Test at Headingley, Leeds.

Stokes’s grit with the bat and Steve Smith’s Bradmanesque consistency have enlivened the Ashes, but what’s given it a definite spring are the pacers on both sides who have spewed venom in conditions favouring seam and swing. The tall, lithe Archer, loose of limb and run-up, has everyone in awe of his skills, unexpectedly raw pace and the ability to attack the body. The ‘Bodyline’ series of 1932-33 in Australia has slipped beyond living memory, but comparisons are inevitably made. Eighty-seven summers back, Nottingham­shire’s Harold Larwood, assisted by Bill Voce, led a pack of pace bowlers primarily to keep Donald Bradman in check. With the series tied at 1-1, the fuse was lit at the third Test in Adelaide. Larwood hit Bill Woo­d­full over the heart and fractured Bert Oldfield’s skull. Wisden said “the whole atmosphere was a disgrace to cricket” as Douglas Jardine’s speed dem­­­ons bowled to his infamous ‘leg theory’—a leg-­stump line with a packed leg-side field, meant not only to contain but also to intimidate and maim. Jardine’s bloody-mindedness put diplomatic ties between UK and Australia under threat.

From the days of just an abdominal box as protection for a batsman, virtually every vulnerable bone and muscle is safeguarded now. And with the game’s governing body limiting the number of short-pitched deliveries, cricket sho­uld have been only about sparkling cover drives, wristy late cuts, and gentle swing and seam beating batsmen by guile, not force. But Phil Hughes’s death during a Sheffield Shield match in Sydney in November 2014 delivered a rude shock. Hughes was killed by a bouncer that struck him in the neck—the first death due to haemorrhage of a vertebral artery caused by a cricket ball.

On his Test debut at Lord’s, Archer dealt a telling body blow to Australia. Born in Bar­bados to a British father, Archer’s 91-mile per hour (146.45 kmph) bouncer floored Australia’s former cap­tain. Smith, unorthodox in his feet movement and often fidgety with eye-shoulder-bat lift coordination, was struck in the neck below the left ear. Earlier on, he had taken a blow on his left forearm trying to fend off a 96.1 mph (154.65 kmph) delivery aimed at his ribs. Although Smith came out to bat and made 92, the injury led to a piece of cricket history—introduction of the first concussion substitute in Tests. 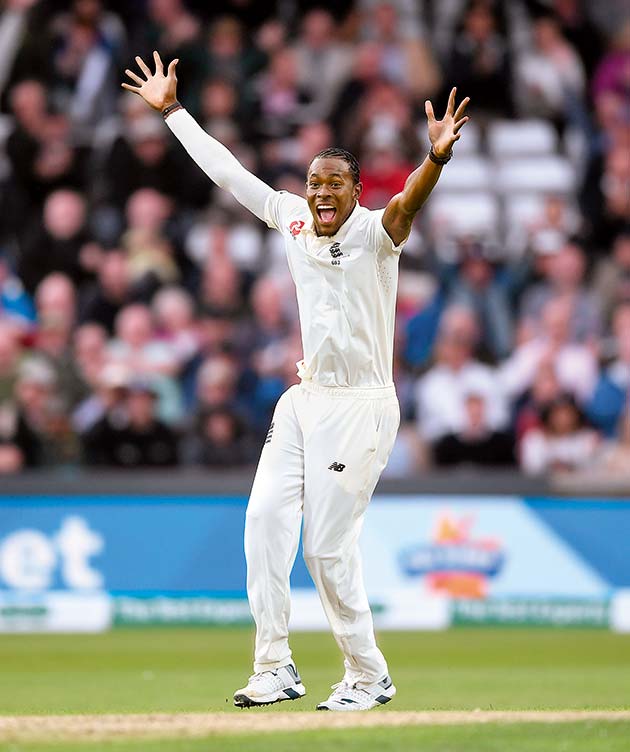 The blistering pace of Jofra Archer has singed Australia in the Ashes.

Marnus Labuschagne, Smith’s replacement, was felled by Archer with a bumper at Lord’s, but the Aussie was up on his feet before the start of the proverbial count. Labuschagne took another whack from Archer in Leeds and rec­eived his second concussion test of the series.

Archer’s pace also recalled Mitchell Johnson’s aggression in the 2013-14 Ashes series where the left-arm Aussie pacer got 11 of his 37 wickets off bouncers and clocked an average speed of 140.8 kmph. According to cricket data analysts CricViz, Archer’s spell at Lord’s was England’s third fastest on record (reliable stats, however, are available only after 2005), and contained the fastest recorded over by an England bowler at an average of 149.33 kmph.

Forty per cent of the balls bowled at the Lord’s Test (696 of 1741) were bouncers; the average in Tests is 33 per cent. CricViz shows 22 of Archer’s 42 balls to Smith were short. Archer’s bouncers are extremely effective and that comes from how close he gets to the stumps in his delivery stride. It means Archer is constantly attacking batsmen’s bodies. His relaxed approach to the crease, belying the terrific pace, brings to mind ‘whispering death’ Michael Holding himself.

Indeed, Holding has been watching Archer keenly. “I’m happy to see Archer showing what real fast bowling in Test cricket is all about. For a long time, we’ve been watching batsmen striding forward…. Well, let them try to do that against Archer,” Holding wrote in the Sunday Times.

At Leeds, Archer reduced his pace, rarely clocking 90 mph (144.8 kmph), consciously trying to put the ball in the right areas on a wicket soft at the top and nipping around. His heavy workload at Lord’s was criticised too. Holding advised England against burning him out: “If you keep bowling him like this you will lose the 96 mph delivery. He’ll still bowl fast, 90 mph, but do you want to lose express pace? It is not just about this match or the next, but next year and the one after that.” Holding also pointed out the burn-out, and slowdown, of Proteas quick Kagiso Rabada, 24, who has bowled close to 7,000 balls in Tests—more than any other pacer of the same age. “It’s abuse,” Holding wrote. “When I was bowling, we had three other quicks just as fast. We could share the burden. Like me, he (Archer) is tall, not big and muscular. He relies on rhythm and looks very relaxed running in….”

Curtly Ambrose, another West Indian speed great, is in awe of Archer’s rhythm. “That’s his biggest strength. It’s a rare thing for a fast bowler and how naturally it comes,” he said, adding that Archer will have to gain in maturity and find more ways to out-think batsmen. “When you have someone with that sort of pace you find out who really wants to play. Archer will change the entire outlook of fast bowling in the modern era. You see 85mph on the clock, but when you see 95mph you know what real pace is,” wrote Holding for SkySports.

Ambrose adds India’s Jasprit Bumrah to the list of “freaks” on the expressway. Second-best in terms of average speed in Tests over the past 12 months, Bumrah has been a scourge of the world’s leading batsmen. Of the 204 wickets to have fallen in the first six Tests of the World Test Cham­pionship, 136 have been taken by pacers. Young men bowling fast have certainly seized the day; they have to stay the swift course to ensnare a generation’s cricketing zeitgeist.

A Hurt To Tremble By