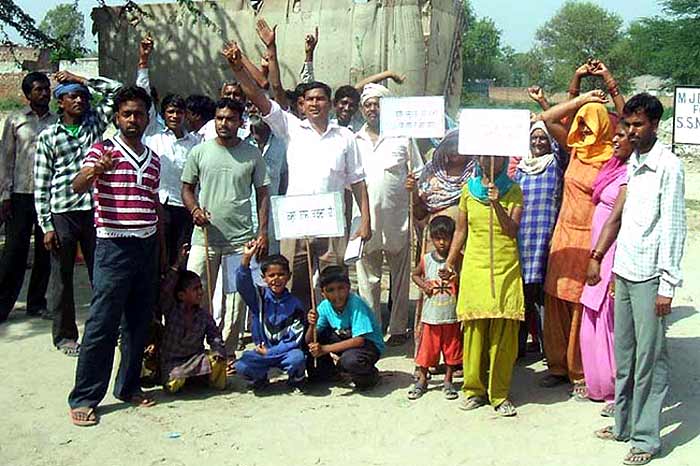 It's the state that gave the nation the Patiala peg—double large. Punjabis swear by their liquor and the state is among the highest in per capita figures for annual consumption of liquor in the country at 12 bottles a year. Amid this bacchanalian excess, a determined grassroots movement to introduce prohibition has taken root, forcing a reluctant excise department to close down scores of liquor outlets.

Fed up with the government’s pro-liquor policy, which has seen the number of liquor outlets increase from 5,000 a decade ago to 7,000 today, village panchayats have started invoking Clause 40 of the Punjab Panchayati Raj Act, 1994, empowering panchayats to introduce prohibition in their jurisdiction. If a panchayat adopts a resolution against liquor voted by least two-thirds of the panches (or members), prohibition comes into effect in and around the village from the next financial year. Last year, as many as 40 panchayats adopted such resolutions; this year, 72 panchayats in the Malwa region have done so. As a result, the excise department has had to order the shutting down of 32 liquor shops. Fifteen shops have been shifted.

The trend is of concern to the excise department, for revenue from liquor sales is a big money-earner: projected collection for the current financial year is Rs 3,190 crore. In fact, the department increased the liquor quota 10 per cent over last year’s and the price of country liquor by Rs 10 per bottle. These measures were expected to raise revenue by Rs 728 crore. Faced with the challenge of some panchayats declaring villages dry and others considering similar moves, the department is invoking an obscure clause in the panchayat act which says such resolutions wouldn’t be binding on the government if even a single instance of the brewing, sale or smuggling of liquor has been recorded in the two years before the adoption of the resolution.

“Ever since panchayats began asserting their right to enforce prohibition, the department has been trying to get around this by conniving with the local police to get some small case of smuggling of liquor registered in the villages,” says Kamal Anand of People for Transparency, a Sangrur-based voluntary group. “This enables them to reject resolutions adopted by panchayats.”

Other tactics have also been reported. Changal village had a liquor shop removed last year. “When we passed the resolution to go dry, the excise commissioner called us and said that since the government gets money for development from liquor sales, our village could be starved for funds,” says Paramjit Singh, the sarpanch. “He even offered to facilitate a Rs 20 lakh development grant if we withdraw our resolution, but we refused.” He is happy that women and even young men congratulate him for his bold step, which he says has reduced liquor consumption by about 40 per cent in his gram sabha. Across the state, women sarpanches in particular have taken to moving for the dry resolution.

Asked for his comment, Punjab’s excise & taxation commissioner Venu Prasad gave a matter-of-fact answer, barely alluding to the problem of rampant alcoholism: “Since the panchayat act does provide for such resolutions, we have to abide by it. Our informal meetings with them have indicated that they are concerned about the nuisance that liquor vends create.”