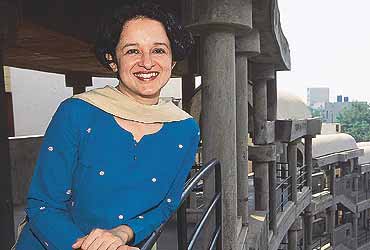 outlookindia.com
-0001-11-30T00:00:00+0553
First, the good news. The fall in interest rates has cut interest payments on debt; the revival in industry and in imports is boosting tax collection. This will help achieve the fiscal deficit target of 5.4 per cent. Still, the share of public investment in GDP has revived only marginally from its 1997-98 nadir. Since private investment has become much more volatile after the reforms, it is important for public investment in social and physical infrastructure to remain steady at high levels. A government convinced of its inability to borrow will hesitate to ensure this.

Higher growth and lower interest rates are essential to reduce public debt. The dependence on fiscal deficit as a signal of fiscal health neglects this aspect. It is the revenue deficit and wasteful expenditure that has to be cut. Moreover, the finance capital lobby keeps pointing out the measurement omissions that, if removed, would increase the size of the deficit. Examples are state deficits and governmental guarantees. But the states do not have sovereign rights and therefore their deficit does not have the same impact as the Centre’s. There’s only a probability that guarantees will be exercised and, especially in a developing country, there are other possible changes such as higher growth or successful tax reform that could increase the net worth of the government. Adjusting the deficit for inflation or correcting for a cyclical slowdown would lower the deficit; the finance ministry should also report on these aspects.

That said, it is essential to look into the incentive aspects of government spending decisions and accounting systems. Government guarantees should be avoided not so much because they could add to future expenditure but mainly because they encourage more risky and opportunistic behaviour from those who receive such guarantees. Our budget accounting systems have been unchanged since 1974 but it is essential to change to project- or output-based accounts and management information systems that give clear low-level accountability and continuous feedback for decision-making. The routine sanctioning of government expenditure is outdated. It is essential to change from input-based accounting systems to those that create incentives for the efficient delivery of output. The responsibility for starting such a system is squarely with the ministry of finance and the budget should be used to initiate such a process.

How can Jaswant give a people-friendly budget and yet maintain, and even increase, productive government spending? The way is to focus massively on administrative simplifications and use new technology to put in modern systems such as TIN or the tax information network, which will cut waste and release funds. Exemptions should be removed but gradually. If the public becomes more forward-looking, this can work as a strong political compulsion on the government to deliver on reforms even as its budgetary situation improves. Critics will perhaps then allow the government a reasonable amount of borrowing for productive spending.