Fairly gripping, with the proverbial twist in the tale, much like the director's earlier A Wednesday 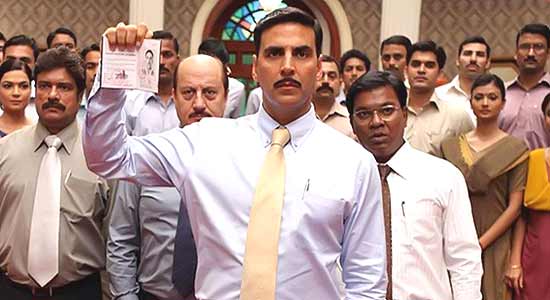 Special 26 may seem very different from A Wednesday on the surface, but there are uncanny similarities between the two Neeraj Pandey films. Both are fairly gripping, with the proverbial twist in the tale. And even though both are situated in different times—Wednesday in contemporary India and Special 26 in the late ’80s—they highlight the common’s man profound disenchantment with the situation he is bound in. The solutions offered in both cases are extreme and over the top—to subvert the system from within.

Special 26 is a heist film set just before the opening up of the economy. A group of four men literally snatch the good life for themselves by posing as fraud CBI officers and robbing the oblivious­—from a corrupt minister to rich jewellers. In A Wednesday, the criminals are ordinary blokes, the kind who would wash their clothes at home and respectfully touch the feet of their elders.

The first half sets the scene and characters nicely. The single notable aspect of the film is the attention to detail. The raids and the police procedures have an air of authenticity. There is a lot of work done in terms of art dir­ection to get the period right—from autos, taxis, cars, phat-phatis and buses to the uniforms of the cops to, nostalgically, CP’s terraces and facade.

The flipside is that it actually ends up being distracting. There are times when, instead of following the film's narrative, you end up playing ‘spot the mistake’. I did think that making all the kids of Anupam Kher’s family wear clothes off the same yarn was excessive. That happened in the ’50s and ’60s, not so much in the ’80s.

The film begins to lag in the middle. The second half is a build-up towards the final robbery—one to beat all heists, one that will get them the dream life they have always desired. It’s here that things come undone. The romance and song and dance angle, involving Akshay and Kajal Aggarwal, is shoved in just for the heck of it and bores to death. What works for the film are the efficient acts of the lead players—Akshay, Anupam, and Manoj Bajpai as the real CBI officer who is hot on their heels.

The Net Is A Trip