Apartheid is now legally permitted only in the separation of the smokers’ lounge from the non-smokers. 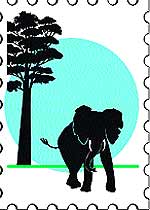 Apartheid is Dead, the Divide Lies On

Apartheid in South Africa is now legally permitted only in the separation of the smokers’ lounge from the non-smokers. But because the Mandela-de Klerk agreement that brought South Africa to peaceful, non-violent liberation did not touch the economic structure that reflected the apartheid regime, the divide between white and black remains stark. Our friend, Liepollo Pheko, a social activist who combines Arundhati Roy and Medha Patkar into one, with whom we are lunching in an African restaurant on Nelson Mandela Square in Johannesburg, tells us that South Africa has the world’s worst Gini coefficient for income and wealth—the standard measure of inequality. (We in India are rapidly heading that way). The slum townships where most black Africans live and the garden suburbs that house the affluent Whites belong to separate universes.

But what, I ask, of the newly empowered Black elite? “Coconuts,” giggles Liepollo’s 12-year-old daughter. I thought the expression applied only to upward mobile nris transforming themselves from Basavanagudi to Boston and Bhatinda to Birmingham. But, I persist, you go to an upmarket school, are there no White children there? In my school, she replies, all races study together and there are no differences. But, I follow through, do you meet outside school, visit each other’s homes, go to the same birthday parties? Apparently not. There is little or no social interaction even where schools are mixed. “So, who are the brightest ones?” Ruefully, she admits it’s the white girls.

As we leave the restaurant, I look around. My wife and I are the only non-Africans. Almost everywhere, except the Melville suburb where the non-conformist younger generation frequents the bars and dances to the juke box, it’s exceptional to see white and black at the same table. Not because of any racial prejudice; simply because the economy’s been left as it was. I wonder for how long, for Robert Mugabe has shown, a little to the north in Zimbabwe, how little it takes to overthrow the economic order.

The day we leave, the headlines are full of a court case against a lively young voice, Julius Malema of the ruling African National Congress, charged in court with money-laundering, describing President Jacob Zuma as the “illiterate leader” of “a banana republic”, adding that if there is one charge against him, there are 700 against the President. The highly respectable Cape Times quotes Malema on its front page as sneering, “He can stick the charges up his arse.” (I see a future for Malema on the Opposition benches in the Rajya Sabha!) He continues, “I am unshaken. I am not intimidated by this nonsense. Remove Zuma as President. I’ll continue with the struggle for economic freedom.” If Malema becomes President, will the Mandela-de Klerk agreement hold? Or will South Africa go down the Mugabe path?

The Apartheid Museum in Johannesburg is a “must-see” (and not only because it puts to shame our pathetic efforts to commemorate our freedom struggle). Brilliantly conceived and most imaginatively executed, the museum, built claustrophobically as a prison of winding tunnels, begins with visitors walking in through gates chillingly marked ‘Whites’ and ‘Non-Whites’ on boards that were once everywhere. Exiting the narrow entrance, the entire wall in front is taken up with a life-size, black-and-white blow-up of the three inquistors—all white—seated behind a plain table to adjudge disputed claims of race. One does not know whether to cry or laugh at the adjacent panel which solemnly and without comment lists, from an answer given in Parliament by the minister concerned, the race changes authorised by the panel: so many blacks became coloureds; so many coloureds became black; so many Malays became Chinese; so many Chinese became Malays; so many Malays became Indians. “One Indian became white.” And then the punchline: “No black became white. No white became black!”

The vicious history of apartheid is traced with searing accuracy but little bitterness. Towards the end, there is a video of Hendrik Verwoerd declaring at the end of the 1961 Commonwealth conference that ended South Africa’s membership, “Goodbye. They’ve got their wishes but lost their cause. Bye.” And how right, in a sense, he was. For it took all of 33 years from then till the end of apartheid, the three worst decades of the vilest racial excesses, while Britain and the US, now so quick to impose sanctions on anyone they don’t like (prior to invading them), did absolutely nothing only because the apartheid regime let them have Simon’s Town naval base to police the Indian Ocean. I, therefore, visit Simon’s Town to get the bile out of my system.

our Gujarat-born chauffeur in Cape Town, who has lived all his life in South Africa, what it is like to be an Indian? “Then,” he replies, “we were not white enough; now, we are not black enough!” Plus ca change, plus c’est la meme chose.

Diplomat-turned-politician Mani Shankar Aiyar is a member of the Rajya Sabha; E-mail your diarist: manirsmp AT gmail.com

'The Music Had To Be Pathos-Laden'