It’s endearing, playful and filled with laughter and banter. A heartwarming tale that makes you want to shed your cynicism and believe in love. 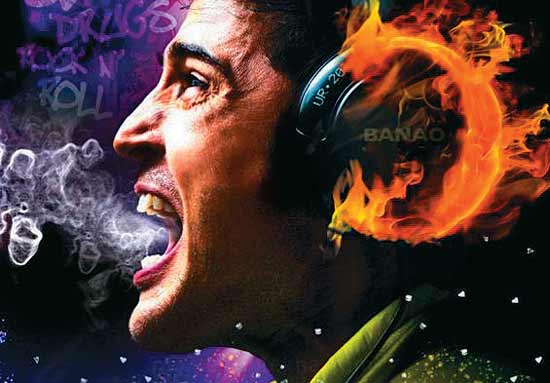 An official remake of the Canadian film It’s All Gone Pete Tong, Soundtrack begins sweetly, with images of music in everyday life—the clanking of a can or a mobike’s vroom. We are introduced to the protagonist, music man Raunak Kaul (Rajeev), through piece-to-camera sets from people who’ve their own unique impressions of him. Raunak is a reckless, self-destructive genius in a profligate world of drugs, sex and rock-’n-roll. It’s in these initial portions that the film feels awkward and amateurish, especially in the depiction of Raunak’s hallucinations of Johnny Joker (a nod to the Shweta Shetty song). Things take too long to build up but mercifully fall into place midway, just as Raunak...